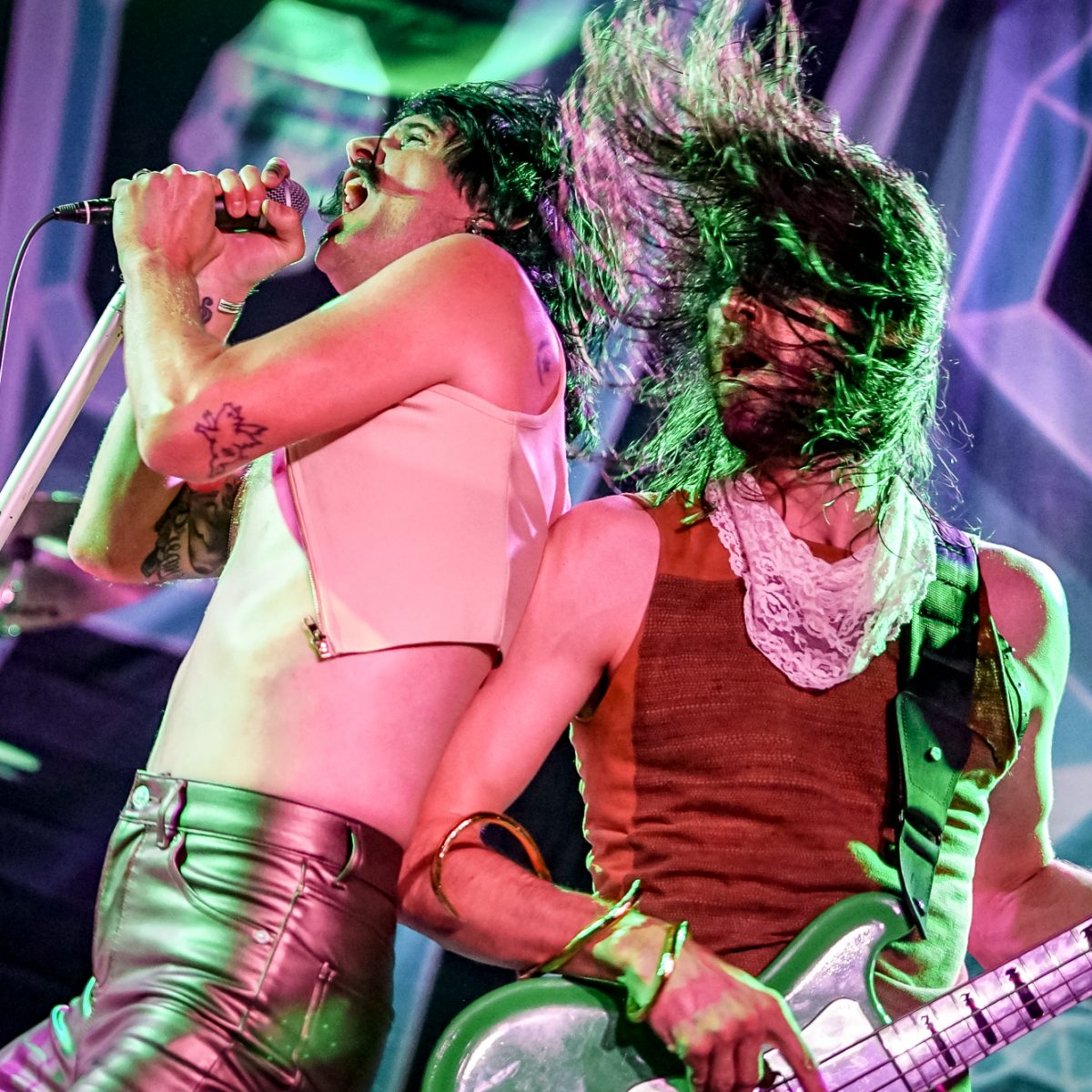 Did you party hard at the Bottleneck on Monday night or did you fuck up?

Foxy Shazam’s rampant and unruly show at The Bottleneck may have been the show of the month. The rockers, known for their barbaric stage shows, threw down so hard at the Bottleneck we got winded just watching them. Fronted by madman Eric Nally (known to eat cigarettes onstage, though on this night he merely smoked them and procured a few tricks), the band brought all the high kicks and wild flailing they could muster. We’re not talking a few jumps here and there. Foxy Shazam brought that chaotic energy through every single song. “Welcome to the Church of Rock and Roll, motherfuckers!” Nally proclaimed to a large, squealing audience (one he frequently climbed on top of and dove into). It was hard to keep track of that fucker, he bounced back and forth far more than a tennis ball at Wimbledon. One minute he’s climbing an amp, then he’s jumping off the drummer’s chair, and now he’s humping the wall, and oh look this time he’s jumping off the keyboardist’s chair…

Nally is a madman of a pastor leading this crazed congregation. The band spent quite a few years on hiatus, so it’s no wonder their fans are following them from state to state. On this night, we met dedicated followers from as far as Florida and Arkansas. They blindly follow Foxy Shazam for a reason. It’s a show that’s heavily reliant on audience participation.

At one point, keyboard player Schuyler Vaughn White decided to crowd surf with his keyboard in tow. The fans were more than happy to elevate him while he banged out a lengthy solo. And watch out for that swinging trumpet! Alex Nauth was practically windmilling his horn the entire night. The mic (and mic stand) never stopped swinging either. And did we mention the insane amount of nipples onstage? Like, everyone’s nipples were out. This was not a show for the faint of heart.

With a new album, The Heart Behead You, released just this past February and another one on the way (Nally teased a new release next year and the year after), it feels like the band is finally getting back into the swing of things after a lengthy hiatus (2014-2020) and a handful of lineup changes.

The cherry on top for this show was opener Lung, featuring former Foxy Shazam drummer Daisy and the unbelievably talented Kate Wakefield. Imagine what it takes for a two-piece band made up of just a cello and drums to absolutely bowl over the audience. Thanks to Wakefield’s operatic training and circular breathing layered over loops, this was the most metal cello performance we’ll likely see in our lifetime.