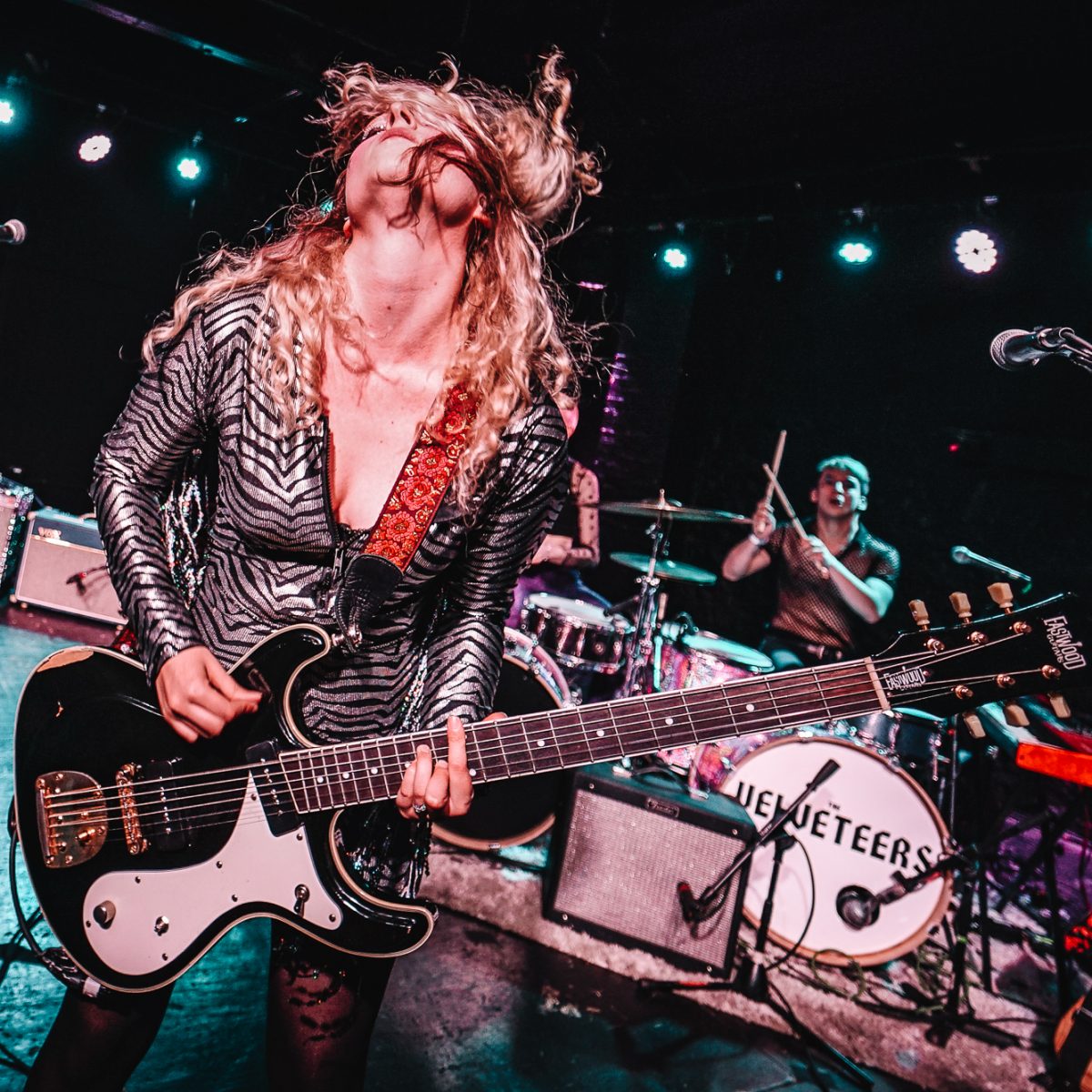 This may have been the best rock show of the year in Lawrence.

This was everything you could ask for in a rock show: it was chaotic! It was energetic! And (most importantly) it drove the fans wild.

Rock and roll is all about breaking the rules– and believe us, The Velveteers broke all the rules on Sunday night at The Bottleneck. For one, they ditched the traditional rock band setup and instead stormed the stage with wild and unruly frontwoman Demi Demitro backed by two drummers, Baby Pottersmith and Jonny Fig, who sat side by side, sometimes banging on the same drum. They used every inch of the stage, with Demitro scaling the the drums when she wasn’t darting all over the place and throwing herself on the ground. Even the drummers took their instruments for a little walk (this drove the crowd absolutely nuts), leaning heavily into the frenzied audience.

They invited local bands to open, including Mellowphobia and the perfectly-matched Black Mariah Theater. I mean, if there’s anywhere you’re going to see sequin-clad glam rock twins channeling the golden age of early White Stripes, it’s going to be this show.

Fun fact: Velveteers percussionist and guitarist Jonny Fig is the nephew of local musician and heavy rocker Scott Splawn of The Mad Kings.

Photo Gallery: The Cult at the Uptown