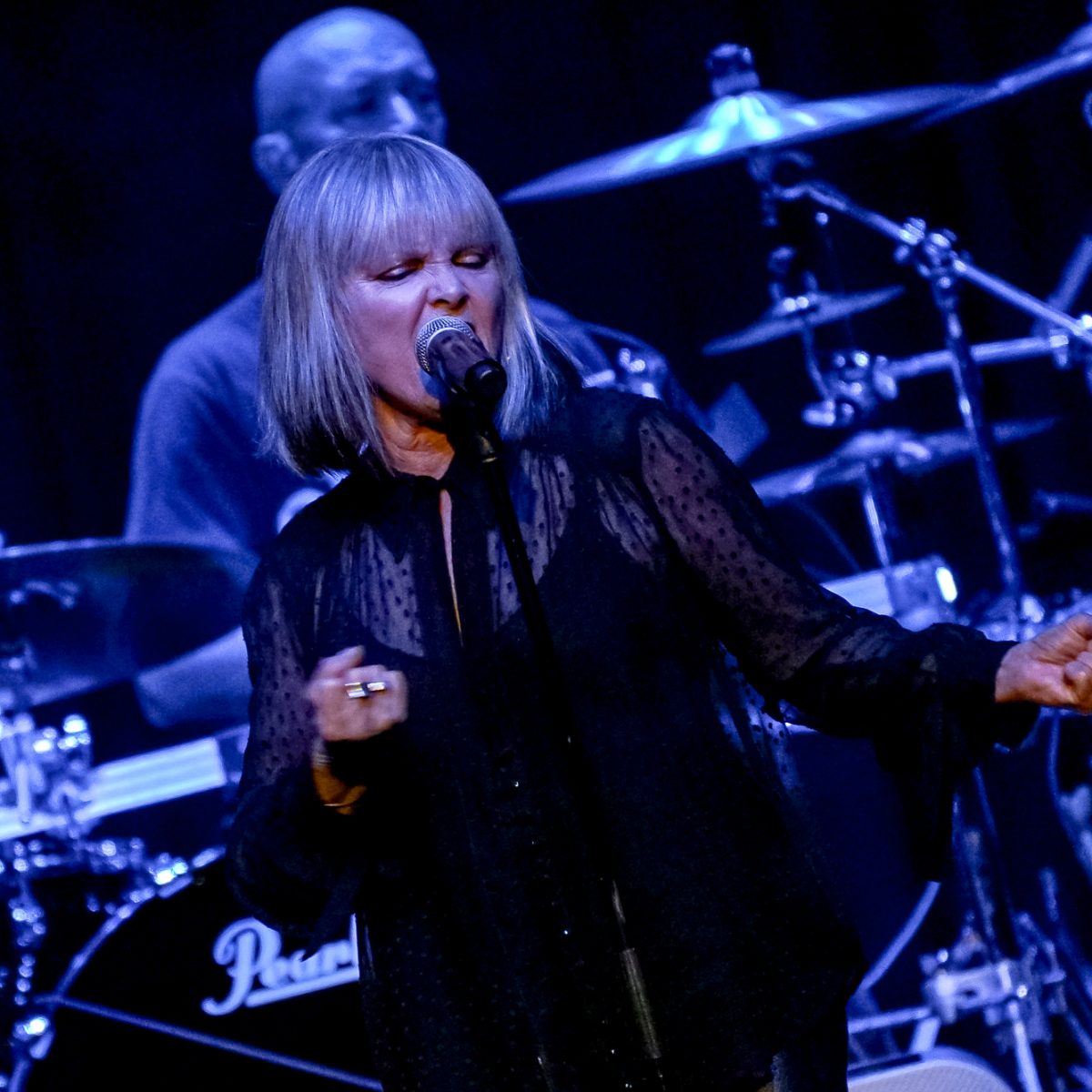 I don’t know how you celebrate your wedding anniversary, but Pat Benatar does it in style and on tour.

Benatar and longtime guitarist/husband Neil Giraldo celebrated their 40th (40th!!) anniversary earlier this year, and then promptly went on tour. After meeting in 1979, the two have been partners in both music and life, and they brought out their very best to the Uptown in Kansas City on Tuesday night.

It may have been an average Tuesday night in the rest of the city, but at the Uptown the fans were already lit. Just about every man over 50 was wearing a shirt with the word “rock” on it (“Rock and Roll,” “Hard Rock Cafe,” you get the idea) while every woman was donning cheetah print. Most were already buzzed (or sloshed) before setting foot in the door. These are the rock fans that came to party, and party they did as they gave standing ovations and enthusiastic sing-a-longs to most songs.

Don’t be surprised that the set was comprised mostly of covers because Benatar’s biggest hits were actually covers. “Shadows of the Night” is a Helen Schneider cover. “We Belong” is a Lowen & Navarro cover. In fact, Benatar played about three covers (including John Mellencamp’s “I Need A Lover”) before finally landing on “We Live for Love,” a song written solely by Giraldo.

Real fans know that Benatar’s strongest prowess comes out in her voice. That woman’s pitch perfect vocals were like a sharp crystal, darting to the back of the theater and piercing the wall. She always hits the stage looking like she’s got nerves of steel that would put Michelle Pfeiffer’s “Scarface” character to shame. This is a true rock-and-roller, and she had the attitude and rocker pout to match. “One of the great things about being around for 43 years is we have a shit load of songs,” she announced to the audience before busting out an acoustic rendition of “Shadows of the Night.”

One of the most incredible moments of the night was complete happenstance. Benatar’s concert fell on an important election date in Kansas, when the right to have an abortion was on the ballot. The moment the election was called to keep abortions legal in Kansas, Benatar announced to the audience that “Invincible” was usually her “Fuck you, COVID” track, but tonight “I’m going to send it out to all my sisters out there.” Man, you guys. That song hit hard AS FUCK considering the election results.

Another song that hit different was “We Belong,” especially for music fans who had to suffer through a pandemic without concerts. She performed it with just Giraldo on the piano, and it turned into a soothing lullaby for even the most seasoned rockers at the show who were finally reunited with one of their musical heroes.

Chris Trapper opened the show, and let me tell you this fella was an absolute gas. Now, if you don’t know him, you’ve probably heard his music anyway because his songs are pretty prominent in films like “Some Kind of Wonderful” and “August Rush,” the latter which resulted in a Grammy nomination for Trapper. He was so chatty and fun, and had a genuine rapport with the audience thanks to his fun between-song banter. He was easy to love–  and if his beautiful songs and charisma didn’t win you over, that gregarious kazoo solo did.