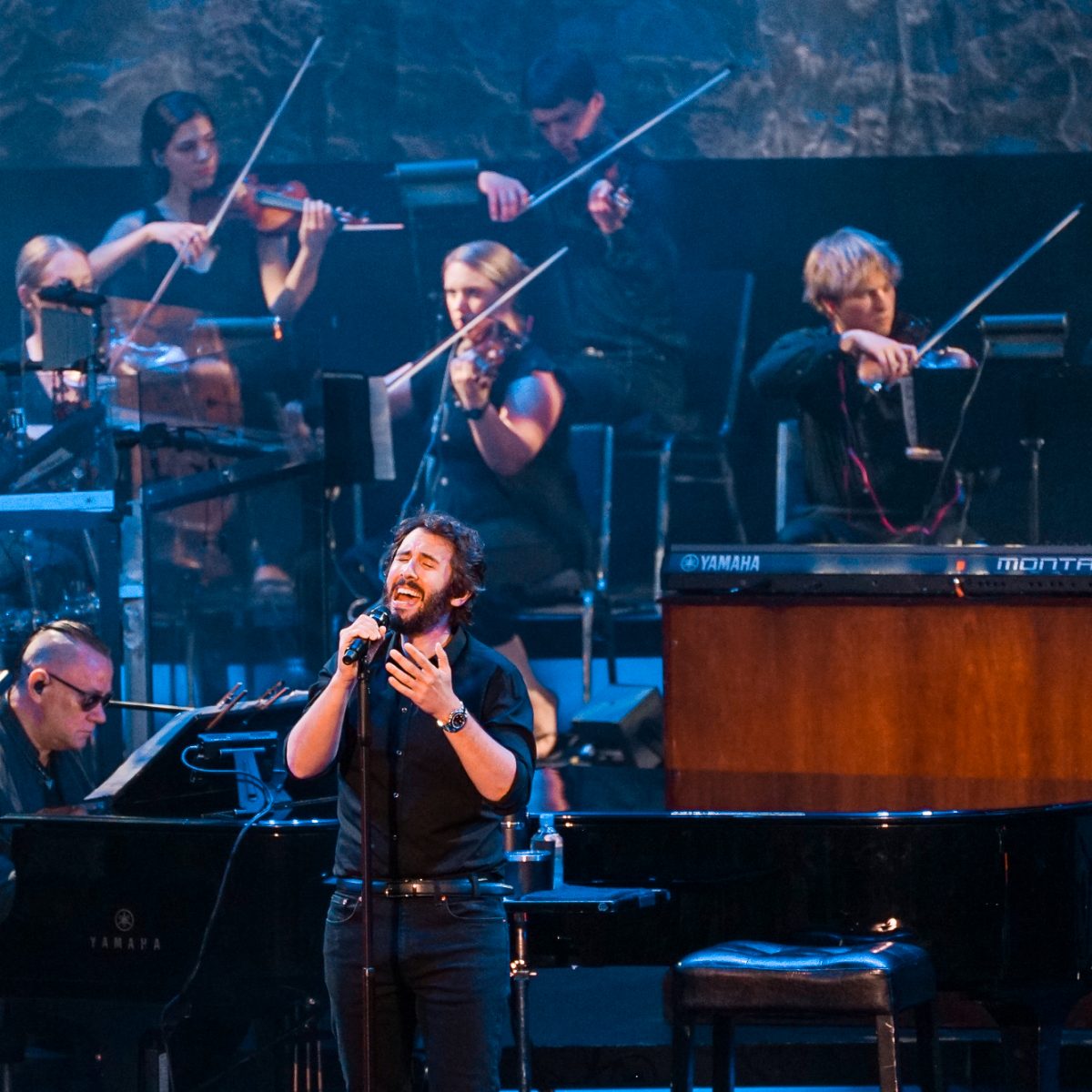 “I feel like I’m in a Baptist church tonight!” a very sweaty Josh Groban told a very sweaty crowd at the Starlight on Friday. You couldn’t miss the triggering visual– a sea of people, all furiously fanning themselves to beat the heat wave’s oppressive temperatures. “It’s a little hot out, but you know what? It beats BEING INSIDE IN OUR PAJAMAS FOR TWO YEARS!” The crowd went nuts. That was all the validation and reminder they needed to ensure themselves that they had made the right decision coming out tonight.

Groban, who put tremendous effort into his pandemic livestreams, was glad to finally be back out on the road and he let the fans know it. He was so happy to see a live audience, in fact, that he couldn’t quit chatting. It’s safe to say he spent as much time chit chatting with the crowd as he did singing. He was also heavy on the humor and puns. But no matter the subject, you could tell this was a human who was happy to be back out in front of other humans (some of us were hit by the pandemic harder than others, in a social sense).

He was in town to promote his latest album, Harmony, which boasts a pretty hefty tracklist of easy-listening songs for fans of crooners. The audience arrived relaxed, chill AF, and ready to beat the heat with Groban. This was not so much the kind of show your mom goes to, but rather, the kind of show your crazy fun (and sometimes drunk) aunt goes to, and also drags your mom to, and oh hell, why not drag the cousins along as well. Trust us, we spotted multiple pockets of women like this (the Grobanites). When famed violinist Lucia Micarelli arrived onstage with a visible baby bump, all those pockets of drunk aunts and moms let out a collective “awwwww!”

But make no mistake, this was a show for fans of music. Groban brought along a little symphony for the tour, harpist included. There was even a choir at one point, backing his already resounding vocals with an extra uplifting tone (he was right, it DID feel like going to church!). Groban’s many covers, some of which are on his latest release, were always preceded by a story he’d tell about the original artist. We have the sneaking suspicion that Groban, uh, doesn’t know he’s famous. He’a a famous singer who definitely fanboys over other famous singers (yeah, but how many of those famous singers were in “Muppets Most Wanted,” hmmmm??).

He was joined by the famous Preservation Hall Jazz Band out of New Orleans, who opened the show (we’d be lying if we didn’t mention that maybe this band alone was half the reason we went to the show) as well as the pitch-perfect folk musician Eleri Ward. But quite honestly, it was Micarelli’s violin solo that brought the house down.

Photos from the show below.

Carswell & Hope examine identity in "Sign of the Times"