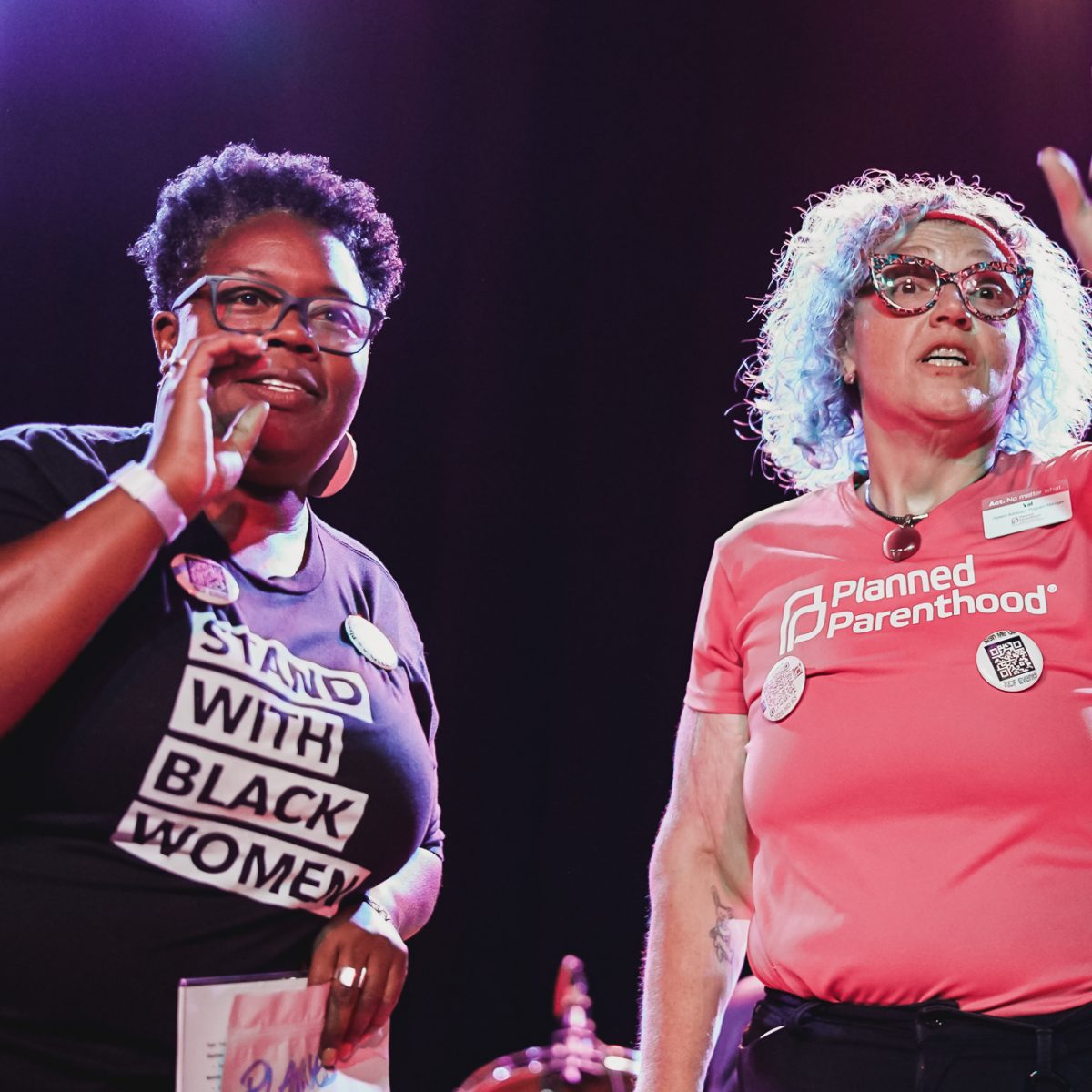 Saturday night’s show at the Granada was just as much storytelling as it was live music. Ripples of Reproduction brought community voices (and advocates) to the stage to champion for reproductive rights. The event was free and connected the community with important resources ahead of Kansas’ upcoming election to defeat the “Value Them Both” amendment. If the amendment passes on August 2nd, all abortions will be banned in Kansas from the “moment of fertilization” with no exception for rape or incest. Both activists and musicians urged attendees to vote no on August 2nd.

Carswell & Hope examine identity in "Sign of the Times"