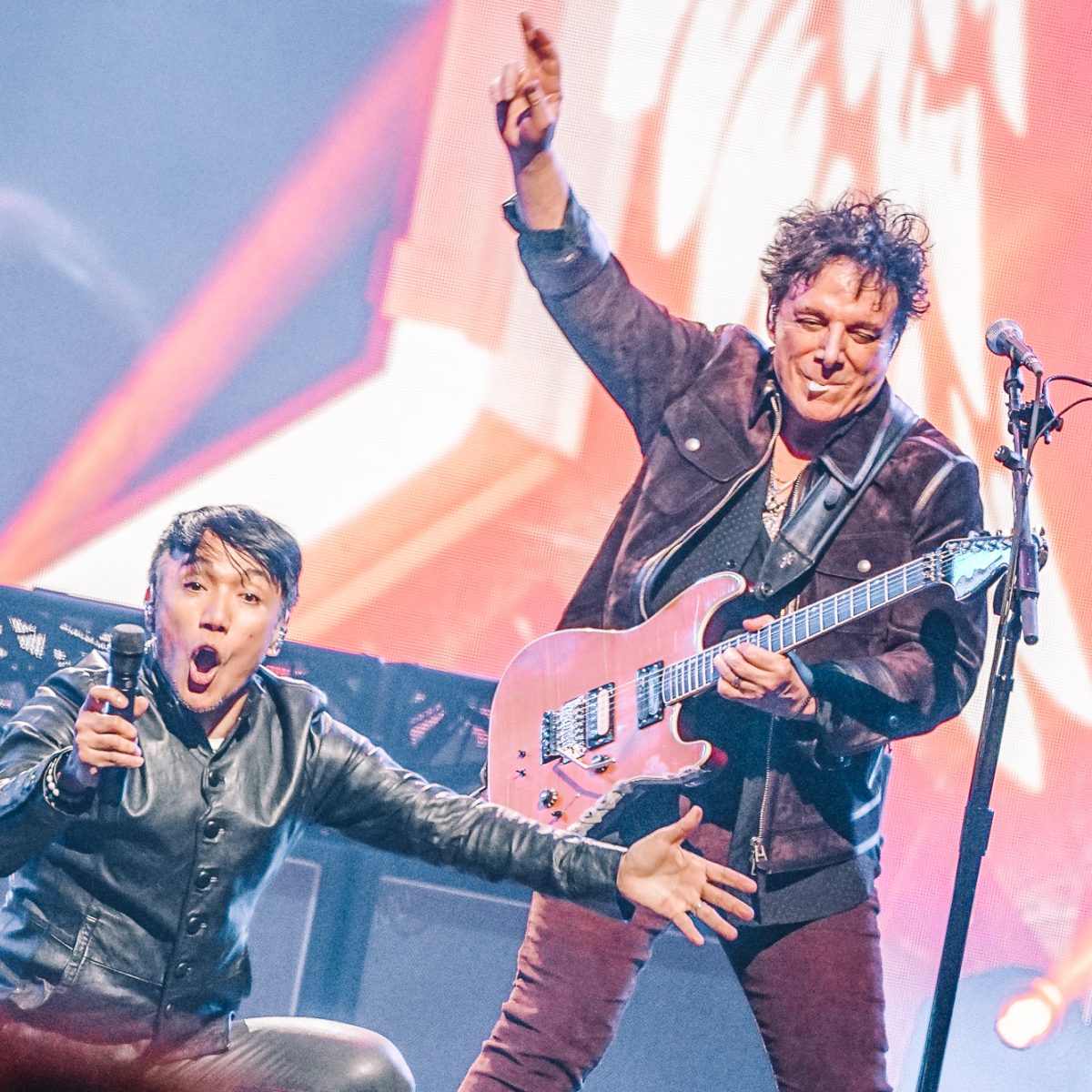 Apparently Journey is the type of band who does not beat around the bush. When they played Kansas City on Wednesday night, they got right to the hits (and stayed with the hits throughout the whole set). They started with “Only the Young” and were already on “Don’t Stop Believing” by the third song.

The band’s Freedom tour comes ahead of their album release of the same name, but we didn’t hear any new tracks. Rather, Journey plowed through one nostalgic hit after another, delivered in spectacular fashion. There was a slight change in lineup which brought some nice surprises, including Deen Castronovo taking lead vocals on “Mother, Father” while he drummed. The night also saw a piano solo from Jonathan Cain and endless shredding from Neal Schon. But, as predicted, it was vocalist Arnel Pineda who absolutely stole the show. The man was constantly on the move, running across the stage, spinning, jumping into the splits, and believe us when we tell you that we have yet to see someone toss and catch the mic more times than Pineda. He hammed it up big time, and the payoff was a nearly sold-out audience that doted on his every movement.

The band brought along Toto for the tour (is that the puffy shirt from “Seinfeld?”); and in addition to leading the audience in their singalongs, the band made sure the audience was aware of their love of tambourines because we saw more tambourines in one night than Stevie Nicks will likely see in her lifetime.