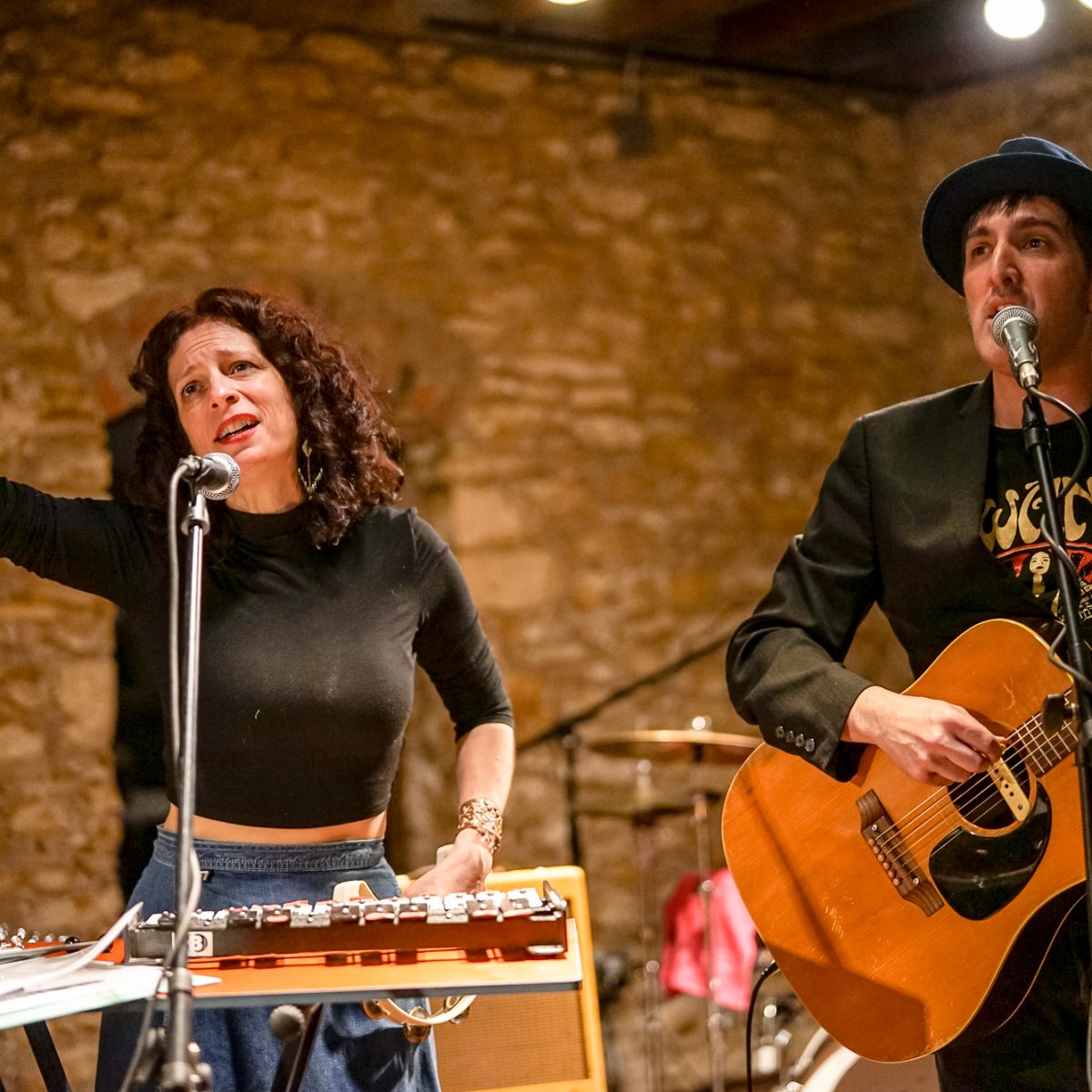 We’re finally seeing an upward trend in the local music scene. Tours are cancelling less due to COVID, and even the local shows are popping up more frequently. On Saturday, we hopped into four shows in three different neighborhoods for a quick glance at what live music is looking like these days.

Saturday was a bustling evening for Lawrence due to the tournament, but if you wanted to get away from it all, Cider Gallery was the place to be. The music scene’s newest resident, Benjamin Cartel, was treating audiences at the gallery to his goes-down-easy indie rock with memorable hooks and Elliott Smith vibes.

You can get a taste of his live shows in the video below, and you might hear some light squealing because a massive game of tag was happening with all the children at the show.

Over in North Lawrence, a singer-songwriter lineup took over the corner of the Gaslight with Andrew Ryan, Minor Moon, and CS Luxem. The cozy winter show had just enough room for the musicians to showcase their work, but if you needed a break the Gaslight still had their heated tents constructed outside.

A highlight of the evening came when one of the gentle songwriters was softly crooning away and someone burst through the door (jazzed from the game) screaming “Rock chalk bitches, what’s up?!”

Over the course of the evening, we stopped by four shows and nothing cost more than $10. Even well after the basketball fans had taken off, it still felt like every venue had solid lineups consisting of touring and local acts. Less than 24 hours prior to this night, Venue 1235 and The Granada both hosted their own big touring shows at opposite ends of the city. Strap in, the rest of March is going to get busy and it doesn’t look to slow down through the Summer.
Tags:benjamin cartel, cider gallery, concert, downtown lawrence, i heart local music, kansas, ks, lawrence, live music, local music
Share:
Facebook0Tweet0LinkedIn0Pin0