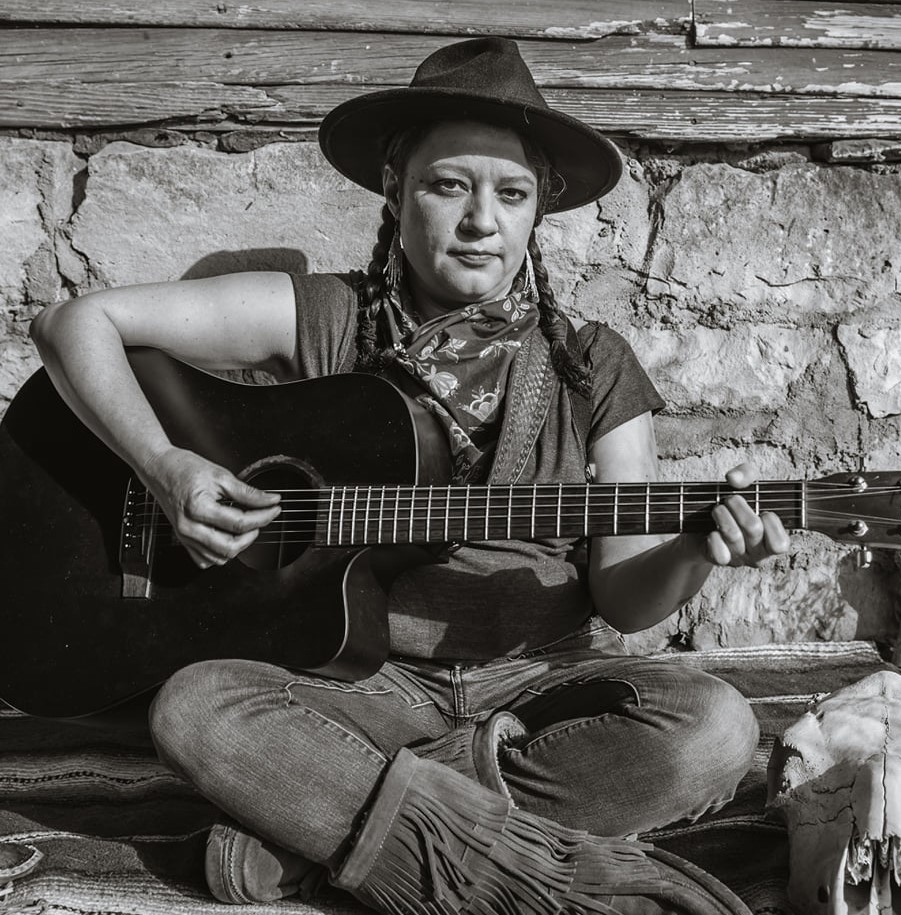 It’s hard to keep tabs on Elexa Dawson. The local musician is constantly on the move, working on videos, tours, and new music round-the-clock. In between, you may spot them on the Lost Cowgirl Records roster, at Kaw Valley Public House’s All-Women Singer Songwriter Showcase, and the occasional I Heart Local Music Livestream. That hard work paid off this week after Dawson (Citizen Potawatomi Nation) nabbed several Native American Music Award nominations this week, mostly for the 2019 album Music Is Medicine (the awards accepted releases from as far back as 2019).

The video nominated, “Rivers Run to the Sea,” features dancers in several locations, separated in location but connected by water. Dawson’s “Circle Song” provides the soundtrack for the video, directed by Maura García. You can watch it below:

Rivers Run to the Sea (Dance Film) from Maura The Dancer on Vimeo.

Currently, Dawson is working on a new album and serving as outreach coordinator for Folk Alliance. But they feel validated whenever someone says their music brings them healing. “We have so many wounds to heal, both as individuals, and as a collective. It can be hard to hear a Potawatomi woman say ‘this system is all messed up, we have to fix it!’ because my heritage brings with it the baggage of colonialism, and can induce guilt or perceived division,” says Dawson. “I acknowledge that as a descendant of both Potawatomi natives and French immigrants I carry both colonizer and colonized within myself. I hope I can communicate that the way forward, in my vision, is through honesty and collective cooperation. Wounds don’t heal if they’re not cleaned out and exposed to air and light. Wounds are harder to heal when the source is unidentified. I like helping people feel good, but there’s often a time of difficulty and discomfort before the real healing begins. I hope to bring courage to face all the feelings that arise in conflict. That’s where the juice is.”

Voting to determine winners will take place later this year. Generally, the awards are announced in the fall. In the meantime, you can enjoy Dawson’s album, Music Is Medicine, below:

Pandemic Play: Hobbies that stuck with musicians through the epidemic