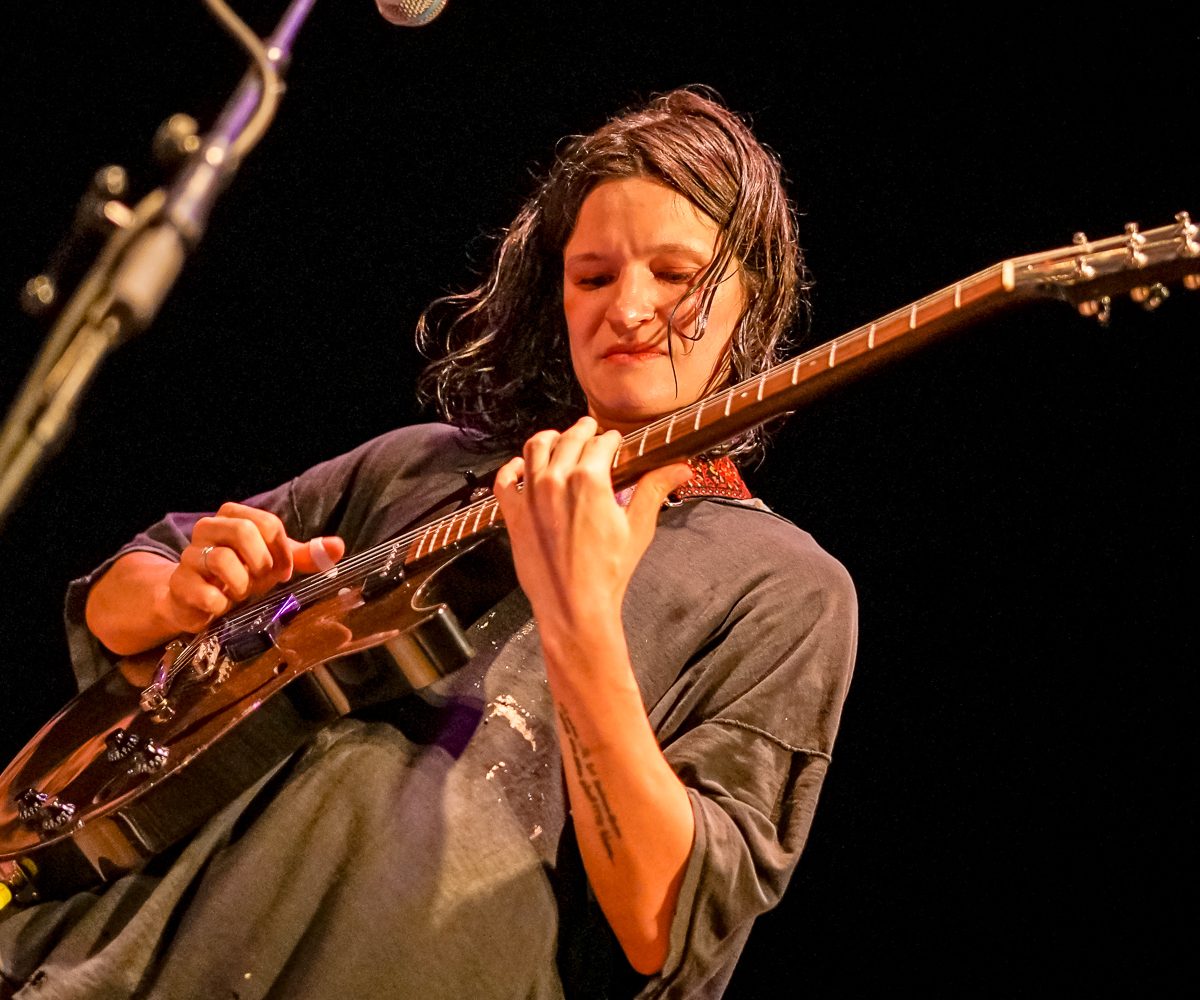 We’re still navigating shows in this stage of the pandemic. On the one hand, vaccines are readily available and most venues require proof of vaccination to attend. On the other hand, the Delta variant is running rampant and causing breakthrough cases. So Sunday night’s audience at Liberty Hall’s Big Thief show was carefully optimistic. 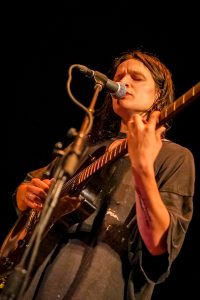 It was sort of a who’s who of Lawrence in attendance– a lot of people were there, including some well-loved musicians of the scene. The payoff was massive, as Big Thief delivered a stellar performance heavily appreciated by their fans. Everyone was wearing a mask. We actually don’t even recall seeing anyone maskless at this near-capacity event. Even the band was COVID-spaced onstage, standing far apart from each other and set up towards the back of the stage. It took about three songs before they really let loose and started playing closer to each other.

Big Thief were hot off a show-stealing performance (as their name implies, heh) at Pitchfork, where they debuted new music for the first time since their 2019 release. One always worries about bands feeling burned out on tour, especially when they play a massive event like Pitchfork and then book it over to Lawrence in record time for the following morning’s load-in and soundcheck. But Big Thief are no small time musicians, and they absolutely delivered with an energy that grew and reciprocated throughout the audience as the night went on.

The night opened with Mind Maintenance, which is not so much the band’s name as it is a practice. With just two musicians, one on finger harps (kalimba) and the other on a unique three-stringed instrument, they kept vibes and emotions chill with a sort of mind-clearing, meditative series of tunes (think the songs you hear on the little stereo in dimly-lit rooms when you go get a massage).