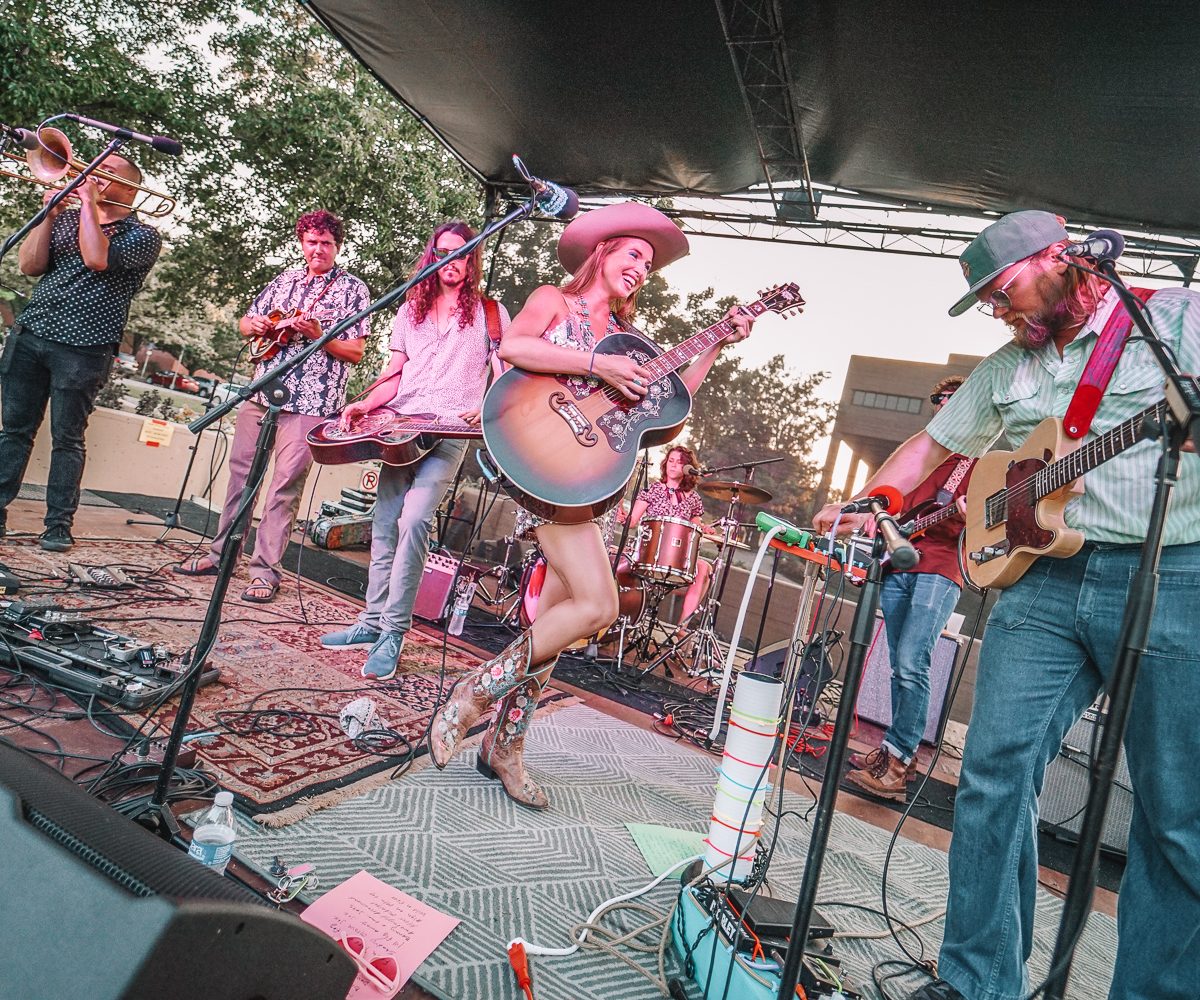 Vaccines may have been required at Kaw River Roots Fest, but shoes were optional.

That became quite clear at Abe and Jake’s on Friday night when we felt something hard and fast hit the back of our legs during the final set of the night. We turned around to find a rogue rope sandal. Then another. A few Birkenstocks and Chacos followed, and before we knew it, damn near everyone was happily ditching their shoes in favor of dancing barefoot to Kitchen Dwellers. They eventually stacked them up in a large pile in front of the stage.

The night was full of shenanigans (we heard someone drank beer from a boot?), which is to be expected for this kind of thing (we always blame Unfit Wives’ rowdy sets for working audiences into said shenanigans… troublemakers, those wives). I mean, think about it. If you and aaaaaall your friends got together to play one big party together, wouldn’t you? That’s just how tight the bluegrass scene is here in Lawrence. Heck, even former Lawrencians came back for the show (please just move back already, Julian Davis).

This festival stuck stages in so many places, it was a rush to get from one set to another. There was a stage outside just in front of City Hall, a stage in a room with a tiny bar, a stage in a room with a big bar, and a stage on the deck overlooking the river and all its magnificent blue herons stalking fish at sunset. This is exactly how you should end a Summer (and we’re about ready for Summer to end after this heat wave, thank you very much).

If Winfield is the earthquake of roots music in Kansas, Kaw River Roots Fest is the warning tremor beforehand.

Photos from the night below after this video of a ten-minute rager from Unfit Wives: