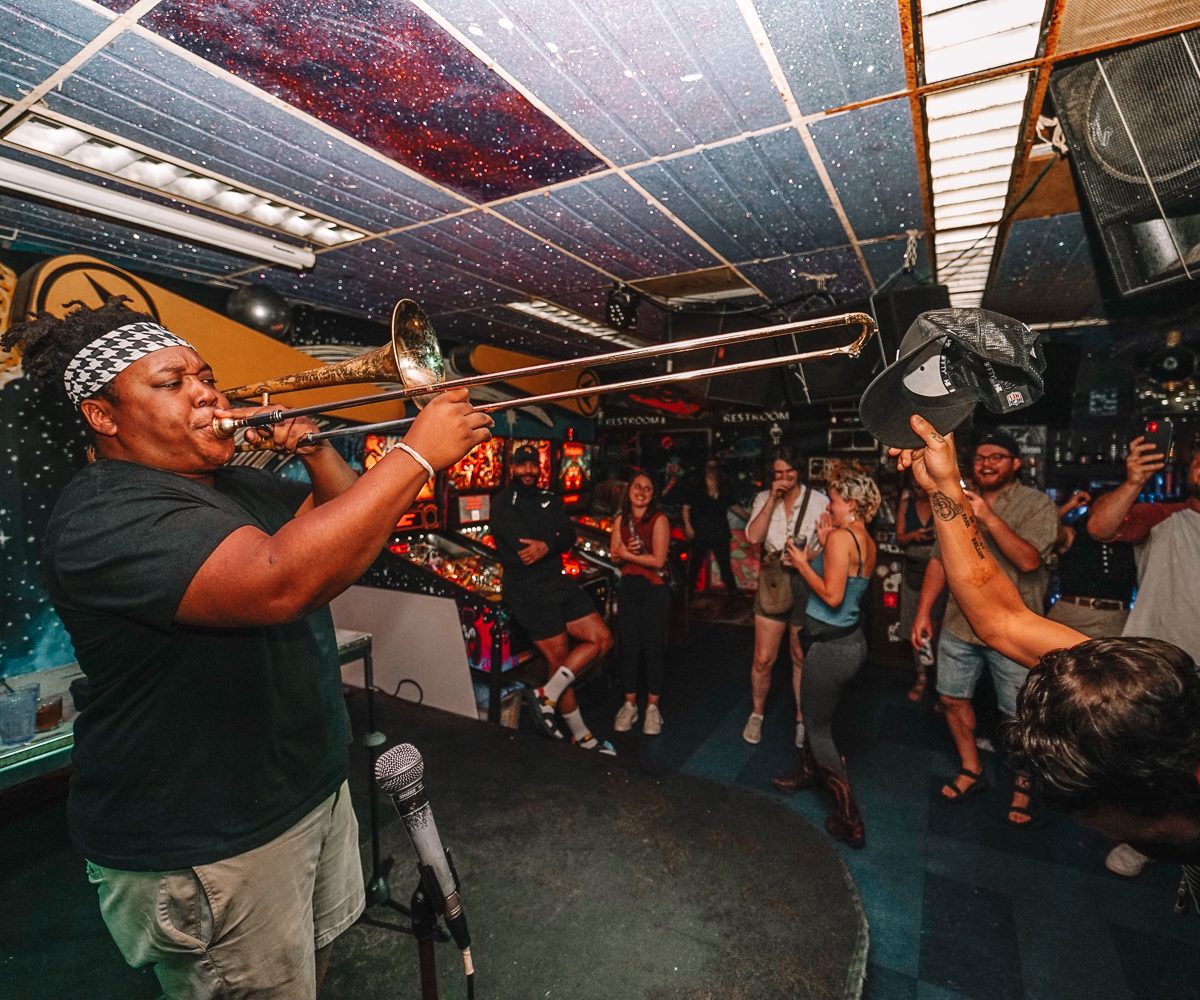 Have you ever seen a room just, like, lose it for a trombone? If you watch Kadesh Flow live, then you have. Everyone’s favorite anime-inspired rapper needed little more than his trombone and a microphone when he headlined the Replay Friday night. The accomplished jazz musician usually plays with grandiose music acts, like Brass and Boujee. But on Friday night, he was solo yet still commanded the room. In addition to touting his latest album, he let the full nerd come out. It wasn’t uncommon to hear him start sentences with lines like “I wrote this while I was watching ‘My Hero Academia.'”

Kadesh Flow was joined on the lineup by FACEFACE, a hip-hop duo from Kansas City with a rapper who has an instantly likable personality and oh-so-unique voice (you’ve probably heard him on KCUR from time to time). Paul Nyakatura remains humble, crediting much of the musical work to his partner RLT. There is really very little keeping us from attending every FACEFACE set we can. This duo takes the most mundane topics, and crafts them into relatable tunes you’ll find yourself singing along to (name a better rap song about groceries, we’ll wait).

The energy really changed when The Royal Chief got on the mic. If you want to see what a perfect rap performance looks like, this is it (come to think of it, the entire lineup was a display of power players in the KC rap scene). The Royal Chief had everyone bouncing with their hands in the air, and believe us, those hands didn’t come down until the show was over. The statuesque performer loomed over his fans and kept the momentum so high that they refused to calm down even during his slower songs.