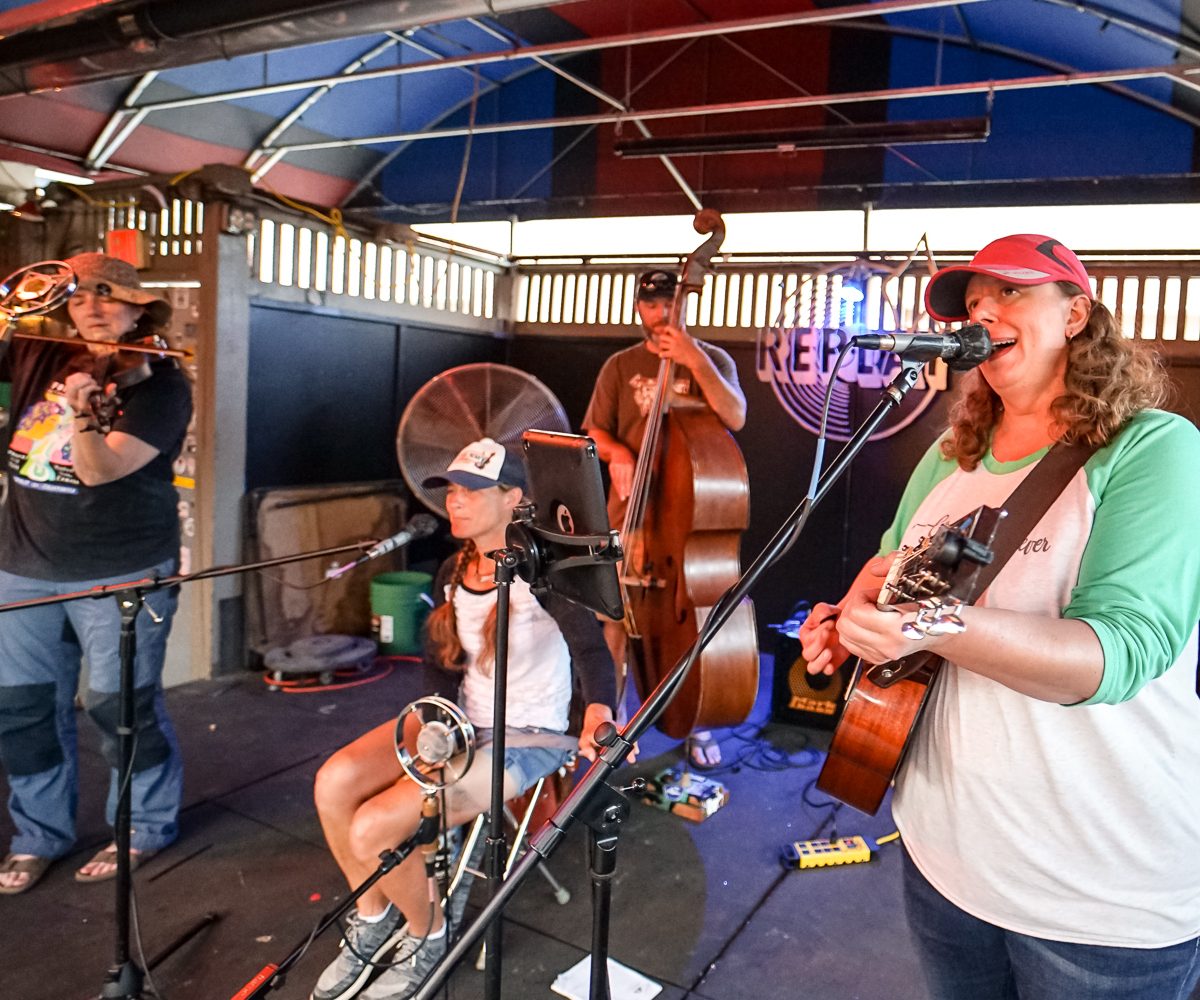 From here on out, Sally and the Hurts shall be known as “chase music” makers.

This band unknowingly waltzed into the Replay, thinking they would be serenading music lovers with a pleasant Sunday matinee performance. But the Lawrence Police Department had different plans. A police chase broke out during Sally and the Hurts’ set, and circled the Replay no less than five times (probably more, but we lost count). You can hear some of it at the end of the clip below during their song about overalls:

You honestly couldn’t have had it happen to a more good-natured band. Sally and the Hurts are simply the most delightful, pleasant, and cheeky band. There are things you get at a Sally and the Hurts show that you really won’t get anywhere else. Musical saw? Check. A Tom Waits cover? Check. A song about a two-peckered goat? Check check. Want a police chase with your show? Sure, why not. Oh Sally and the Hurts, we just adore you and all your saltiness.

They came with Tyler Gregory, who was eager to get back to a regular show schedule after his five-shows-per-week turned into five-shows-per-year during the pandemic. Tyler, who is possibly the nicest fella you’ll meet with a tattoo on his face, invited the musical saw player from Sally and the Hurts onstage for a number, but mostly broke hearts with songs about Kansas girls and one particular Bill Withers cover.

The evolution of the Replay's return to live music