The evolution of the Replay’s return to live music

The evolution of the Replay’s return to live music 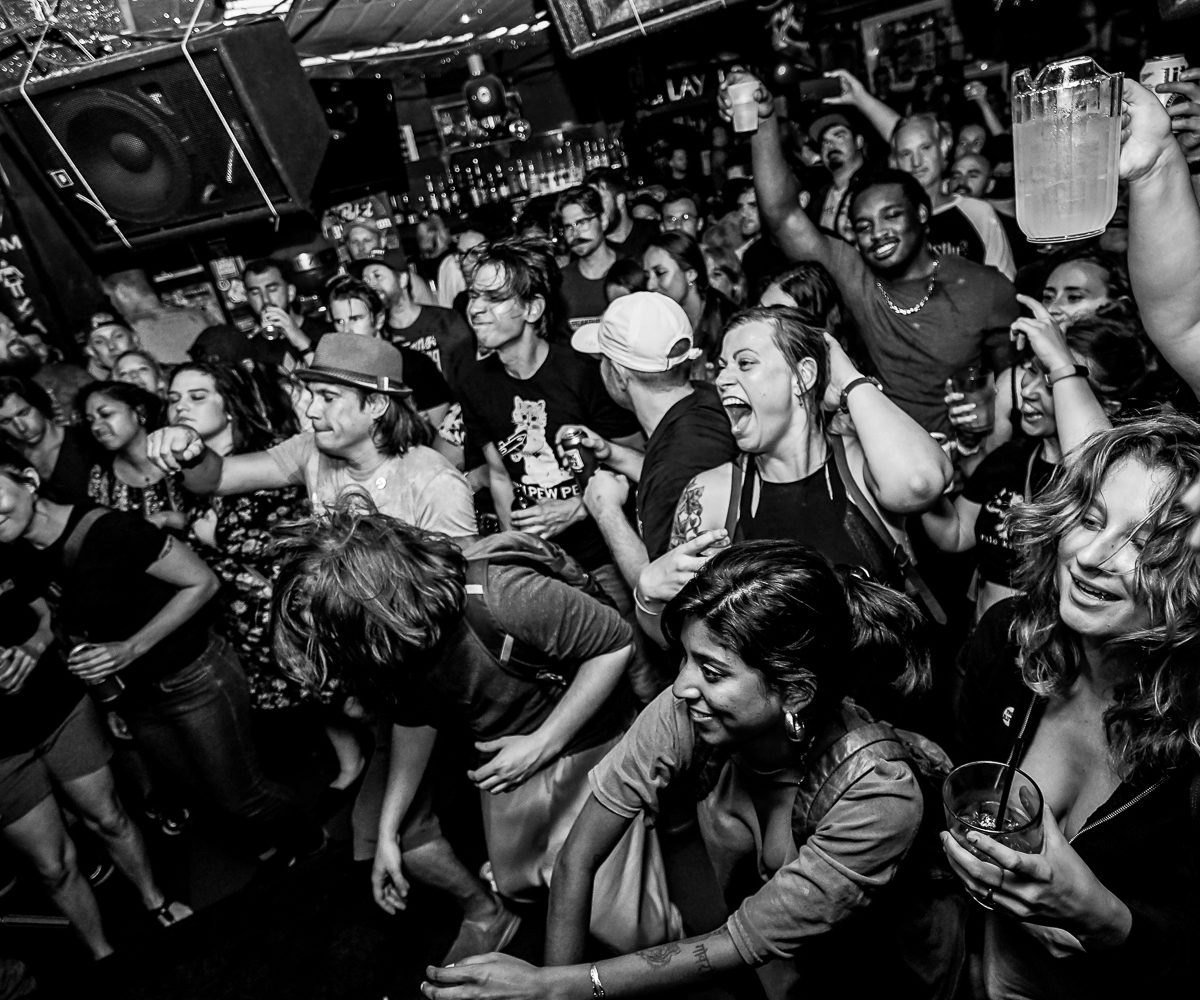 And just like that, Replay is back on its bullshit.

Within a 24-ish-hour span, one of the scene’s most beloved dive bars progressed to a full return to live music. Up until now, the venue had been operating like most pubs along the Downtown and North Lawrence corridor– early patio sets on the weekends, generally a Sunday. But the final week of June signaled a return to normalcy, as the venue barreled through a series of indoor live events.

It began with 4×4, a monthly even hosted by The Roseline’s Colin Halliburton. This is a unique songwriter showcase, which shows Halliburton acting as sort of a mediator. The monthly event, held early and indoors on Thursday evening, featured four songwriters from the region including, Melissa Mayhew (pictured), Katlyn Conroy, Monzie Leo, and Matthew Hamer. The quiet and acoustic affair encourages songwriters to tell stories behind the meanings of their song. Each songwriter only play a handful of tunes before moving on to the next performer.

On Friday evening, things dramatically picked up. Independent Kansas City label Manor Records came touting an impressive lineup with Daniel Gum, Paris Williams, and Window Seat. Paris Williams stole the show with his commanding sense of performance. You’d think he had been performing all throughout the pandemic, just by how confident and energetic he was. But would you believe that this was his first show as a solo artist?

How is this newcomer already armed with doting fans and the stage sense of a performer who’s been at it for at least a decade? Dividing his music between tracks and live instrumentation, every move Paris made was cool, calculated, and exciting. Is this the future of local hip-hop? Likely. He ended the set with a little dance party with the (growing) crowd.

Bonus video of a song so brand new, we don’t have the name of it yet:

A musician friend of ours described 2020 as the “shaking of the champagne bottle,” and the return of live music this month as the removal of the cork. We can’t think of a better way to describe the explosive atmosphere that erupted when The Sluts took the stage for the first post-pandemic, indoor, nighttime rock show at the notorious Replay Lounge.

Folks showed up so early, it’s almost like they knew the venue would reach one-in-one-out status (when’s the last time you saw that at a local rock show?). Two years ago, the rain would have deterred folks from a show. On Friday night, they embraced it. Some even hit the dance floor outside with umbrellas.

The Sluts did something they’ve been trying to do for years: playing two sets within one night. We’ll call the first set their recent (ahem, sober) hits, and their second set their classic (drunken rager) set. The band’s ambitions paid off, because the place was ON FIRE…  though in reality it actually felt swampy due to a couple hundred soaked fans cramming together and thrashing. If you weren’t completely soaked in your sweat, you were soaked in someone else’s.

The ladies loooooved opener Raymond (one audience member was ADAMANT on comparing him to Frank Ocean), so by the time they got a dose of The Sluts, they turned into puddles and could barely function the rest of the night. Those who weren’t swooning, opted to foam at the mouth instead. It’s no small feat to keep an audience not only engaged for your set (or in this case, two) but absolutely living their best life. It was like a happiness factory– and when The Sluts played “Out of the House” and dedicated it to 2020, it hit everyone hard and they damn near screamed the lyrics back to the band.

We always said all it would take was one good rock band to get the Replay back to its punk dive bar status, and we were right. By the time that 11:30 p.m. dance floor crowd rolled in (as they had been all year), their faces were awash with confusion when they were surrounded by all the headbangers. If Friday night’s show is any indication of local rock shows from here on out, we anticipate venues bouncing back just fine after the year from hell.

Photo Gallery: The Harrisonics / The Jubilee Mystics at the Jazzhaus