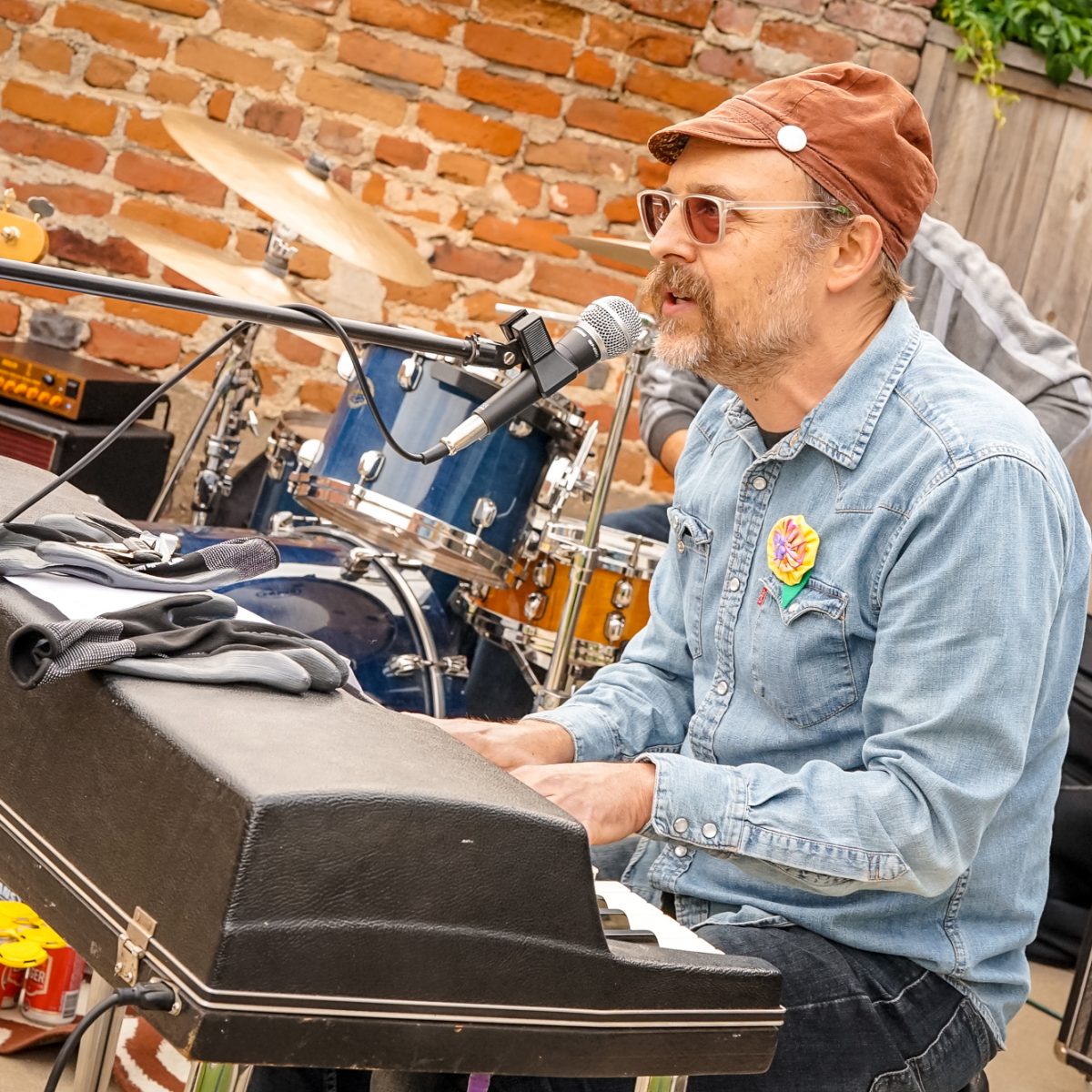 It’s been a long time (stupid COVID) since we’ve gotten to introduce a new band to the scene. That dry spell ends today with the introduction of The Frightened Stag. The band comes via some heavy hitters, including Jeff Stolz. The four-piece delighted Lawrencians eager to ease back into the music scene with an early evening set at Cider Gallery for this month’s Final Friday art show (bonus points for featuring artwork by fellow Lawrence folk musician Howard Rains).

This no-nonsense four-piece boasted two organs (squee!), topped with light harmonizing and easy-on-the-ears percussion. Their songs precisely matched the breezy attitudes of most of the laid back attendees (except for the toddlers running off their cookie high and knocking into each other on the grass). Stolz spent much of the pandemic buckled down in his studio and plotting, so we expect more performances from him at both traditional and non-traditional venues in Lawrence in the coming weeks.

PRIDE! and other best bets for live music in June