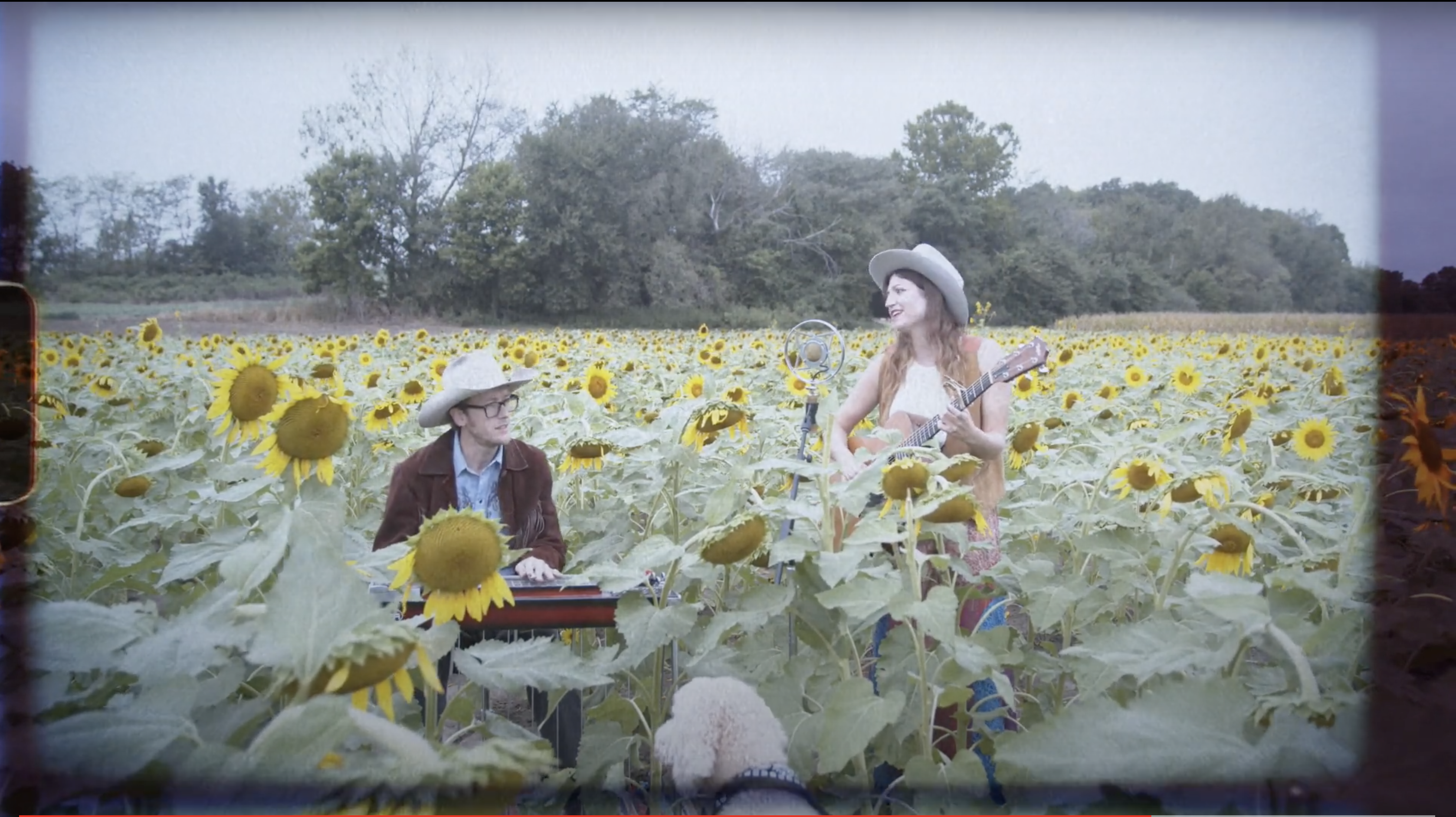 Facebook0Tweet0LinkedIn0Pin0
If you needed a feel-good moment this week, this is it. One of the most recognizable duos in the local folk scene are putting the romance back in country music, starting with a just-released darling music video.

Jenna Rae and Martin Farrell Jr. are partners in rhyme and in life, and the video for their song “I’m Not Ready” captures a typical day in their music-centered lives. You see them getting ready for a gig, packing up, playing in a field of sunflowers, then rounding it out with a celebration at Muncher’s (hell yeah, Muncher’s!).

The track comes from their debut album, Cosmic Western Duets (embedded below), which features a host of love songs they wrote for each other (ach! my heart!). Jenna says she wrote “I’m Not Ready” in ten minutes one day while Martin was in the shower. He later added the steel accompaniment (this is he excels with their live shows). Jenna says “the song has always meant a lot to us because it was our own way of making a commitment to each other.”

Extra points for four-legged friend Roy’s cameo in the video. Doesn’t he look smart in his little bandana?

Editor’s note: Jenna will be playing with Unfit Wives at a parking lot show on Saturday, October 10.