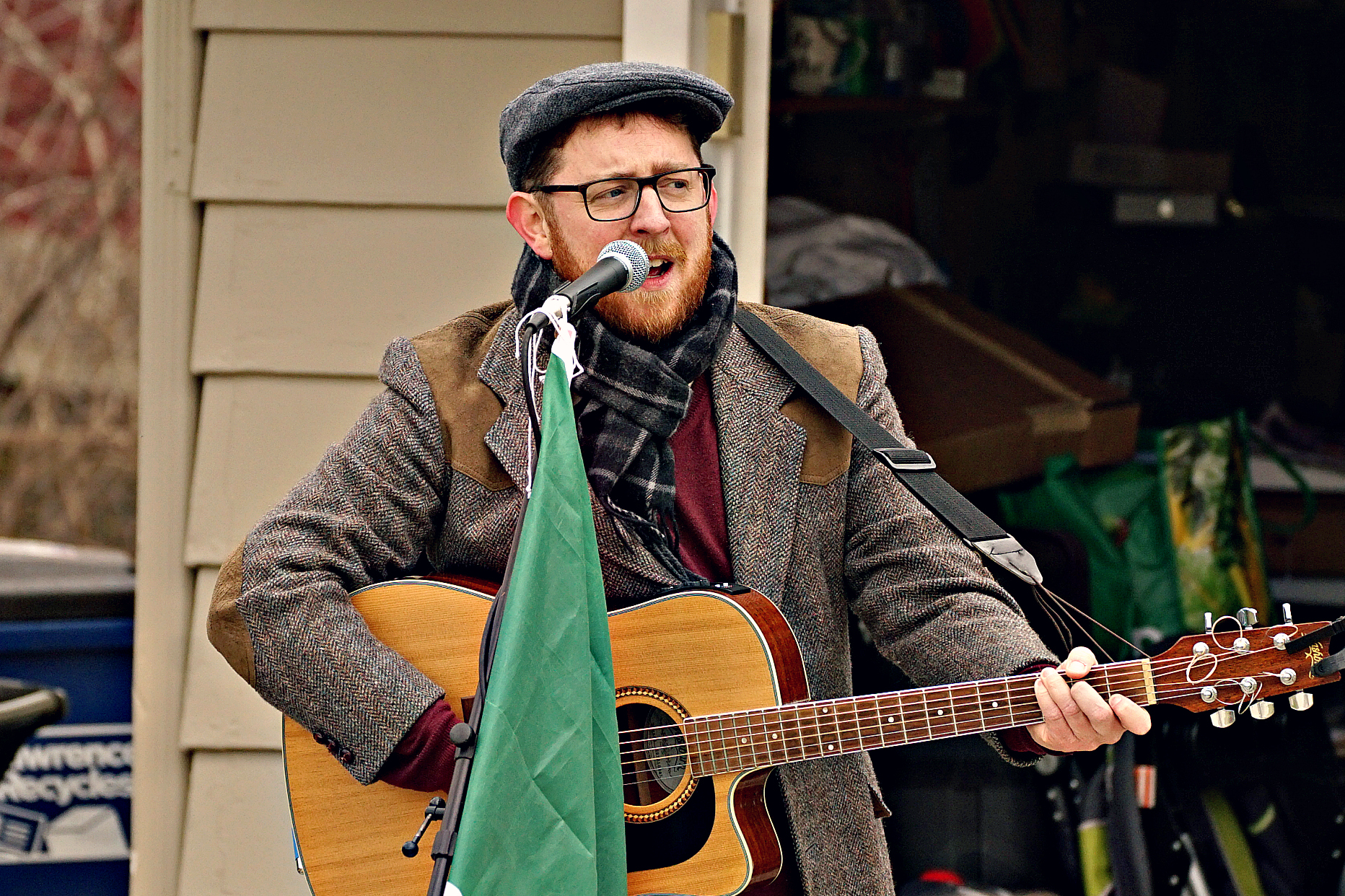 FacebookTweetLinkedInPin
It’s not how we wanted to spend St. Patrick’s Day. We all thought we’d be taking in a jovial parade in beautiful Downtown Lawrence, followed by a rowdy patio show at the Replay. But in the midst of a Coronavirus outbreak, everyone’s taking drastic measures. Schools, concerts, and even some restaurants are all closed in Lawrence. But one musician is doing what he can.

Resident Irishman Nick Carswell (of Carswell and Hope) propped up a couple of speakers, hung up his Irish flag, and played from his driveway to anyone passing by. Sometimes a neighbor would come watch from the sidewalk, and sometimes his Craswell’s kids came out and frolicked. We caught some of the set late this afternoon. DON’T FRET! We used a REALLY BIG LENS to shoot from VERY FAR AWAY. It was a nice (and brief) distraction from the lack of live music we’re all about to endure. It’s a good substitute (for now), and at least there’s a chance to hear an Irish accent singing tunes.

Carswell will be live streaming his performance on Facebook for a bit, see if you can catch it at this link.

Coronavirus disease (COVID-19) is an infectious disease caused by a new virus.