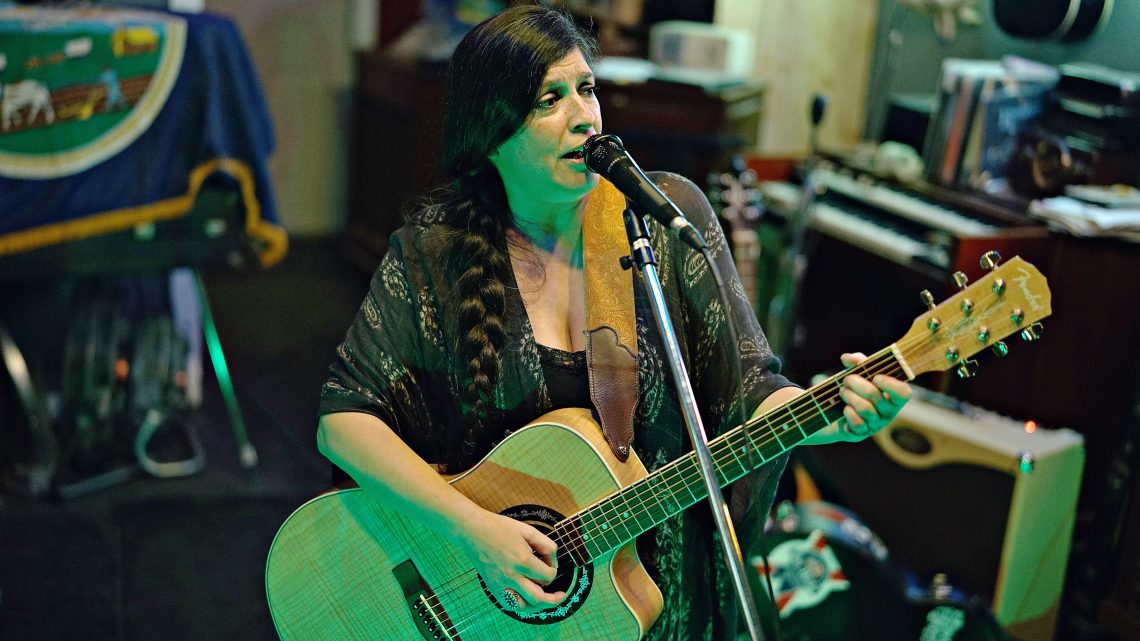 If you want to see the up-and-coming songwriters in town, you’re likely to find them at Kaw Valley Public House. That’s where local songwriter Damaris Kunkler has been lately, and she’s building a steady fanbase in Lawrence.

She kick started the weekend with a set at the North Lawrence venue, joined by her Oklahoma-based friend Dave (who won folks over with his Pearl Jam cover). In the past year, Damaris has won the songwriter showcase at S&S Coffee, and has recorded a hefty number of tracks. We caught one of her songs, “Good Girl,” over the weekend and you can watch it below. Lyrics like “I’m a real person just like you, but the truth is I gotta little devil in me too,” keep her relatable with her fans, who were happy to come out and sing the chorus along with her.

Her entire album is worth checking out (we hear there’s more new music on the way), and you’ll likely see her playing live again sooner than later.