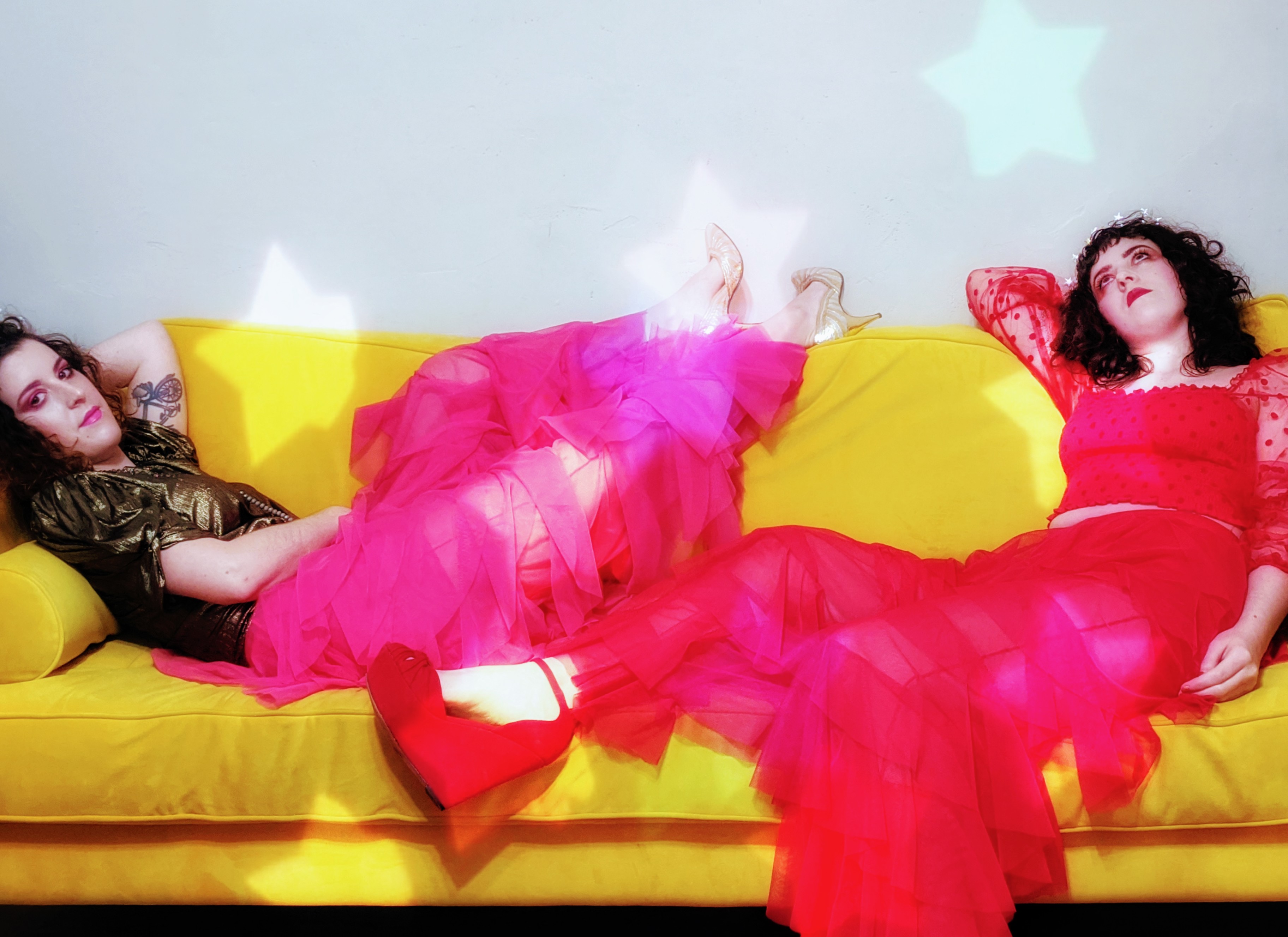 Have you ever heard a band and thought “Man, this music just screams Third Man Records.” Let us introduce you to sparkly witch-rock duo The Black Mariah Theater: a dark, moody, and sultry rock band out of Kansas City. Twin sisters (twins!) Analiese and Sophia Motta just released Patron Saint, a fantastic album to introduce newcomers to their fan club. The musicians layer funky guitar riffs over rolling drums, mixed with Fiona Apple-esque vocals for this thrill ride. Their blues-infused riffs and lyrics are sometimes gut-wrenching. When they yell “Did I love you then?!” we died a little inside.

A recent set at the Replay proves that their live show is magnetic and a can’t miss experience. You can catch them live Friday evening as they celebrate the album’s release at Knucklehead’s (with Chase the Horseman and Nathan Corsi Band).