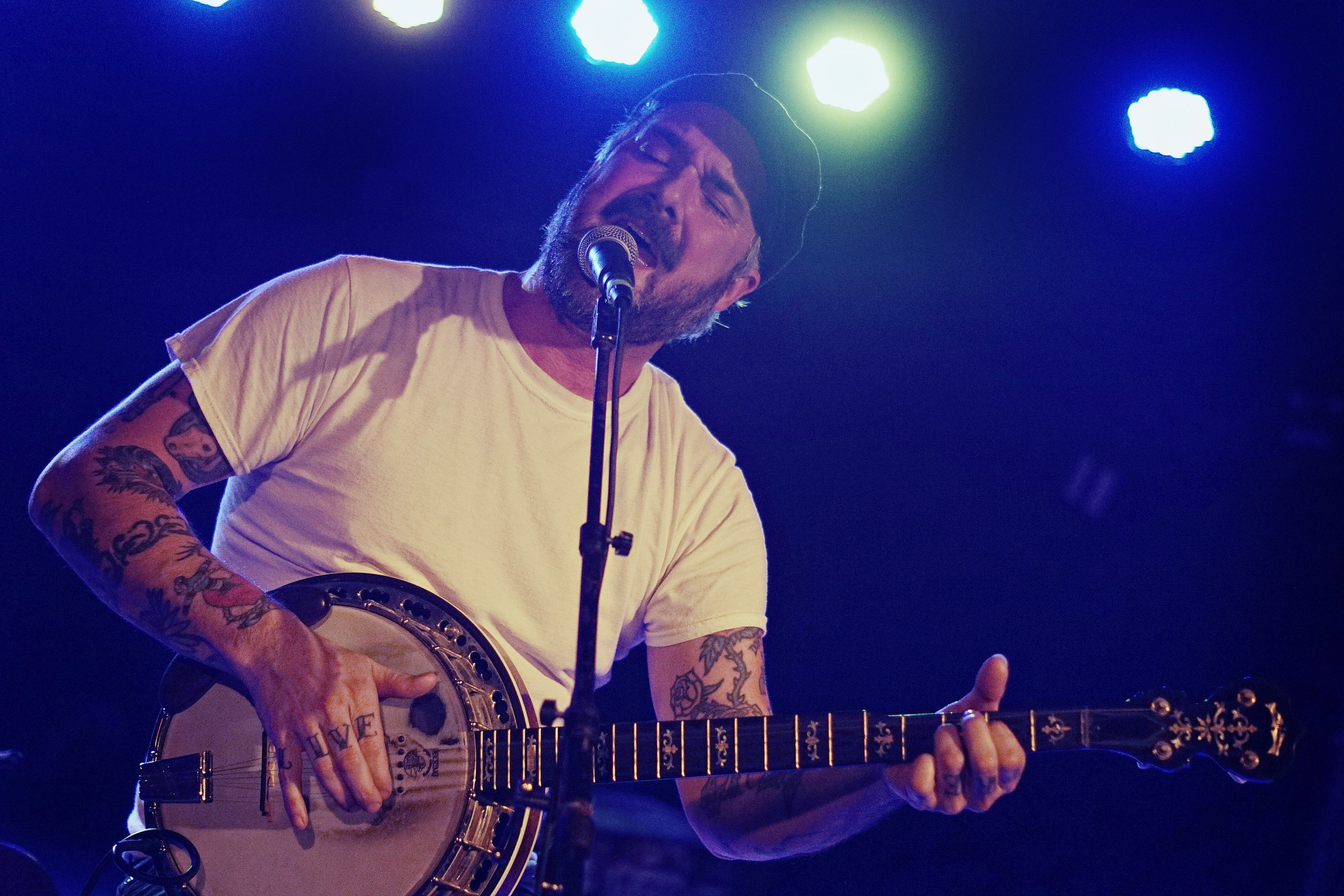 It was one of those shows that felt like a reunion of sorts, the kind where everyone pops in over the holiday and venues sneak in a good show for everyone to escape to when they’ve had enough family time. Longtime Lawrence favorite William Elliott Whitmore hit the stage at the Bottleneck, toting along just an armful of instruments and a lot of grit. Whitmore, whose lyrics would have you believe he just sauntered out of a Western film, started the show off teetering over the front of the stage and beckoning the audience over (teetering over the front of the stage would be common throughout the show). He began with a big holler and launched into a tirade of rough and raspy folk tales.

His Bad Religion cover (“Don’t Pray On Me”) was a hit with the audience, but it was all the classic tales of getting in fights and telling the government to fuck off that really sat well with his fans. Whitmore, who probably invented freighthopping and taught you how to shave, sometimes followed up songs with a raucous “Fuck yeah!”, standing up to spit and pump his fist in the air. He had an intoxicating and menacing presence, oozed masculinity (not the gross kind), and taught everyone to “take it on the chin” when life throws a punch. We’re not saying he has more grit than any other folk musician, but if you ever need a cowboy to help track down your Daddy’s killer across the Old West, you could probably hit up Whitmore.

Local favorites CS Luxem and Atone At Tone joined Whitmore for the night.

Local bartender is in a band, starts making drinks named after bands