Staff picks: Our favorite tours of 2019

Staff picks: Our favorite tours of 2019 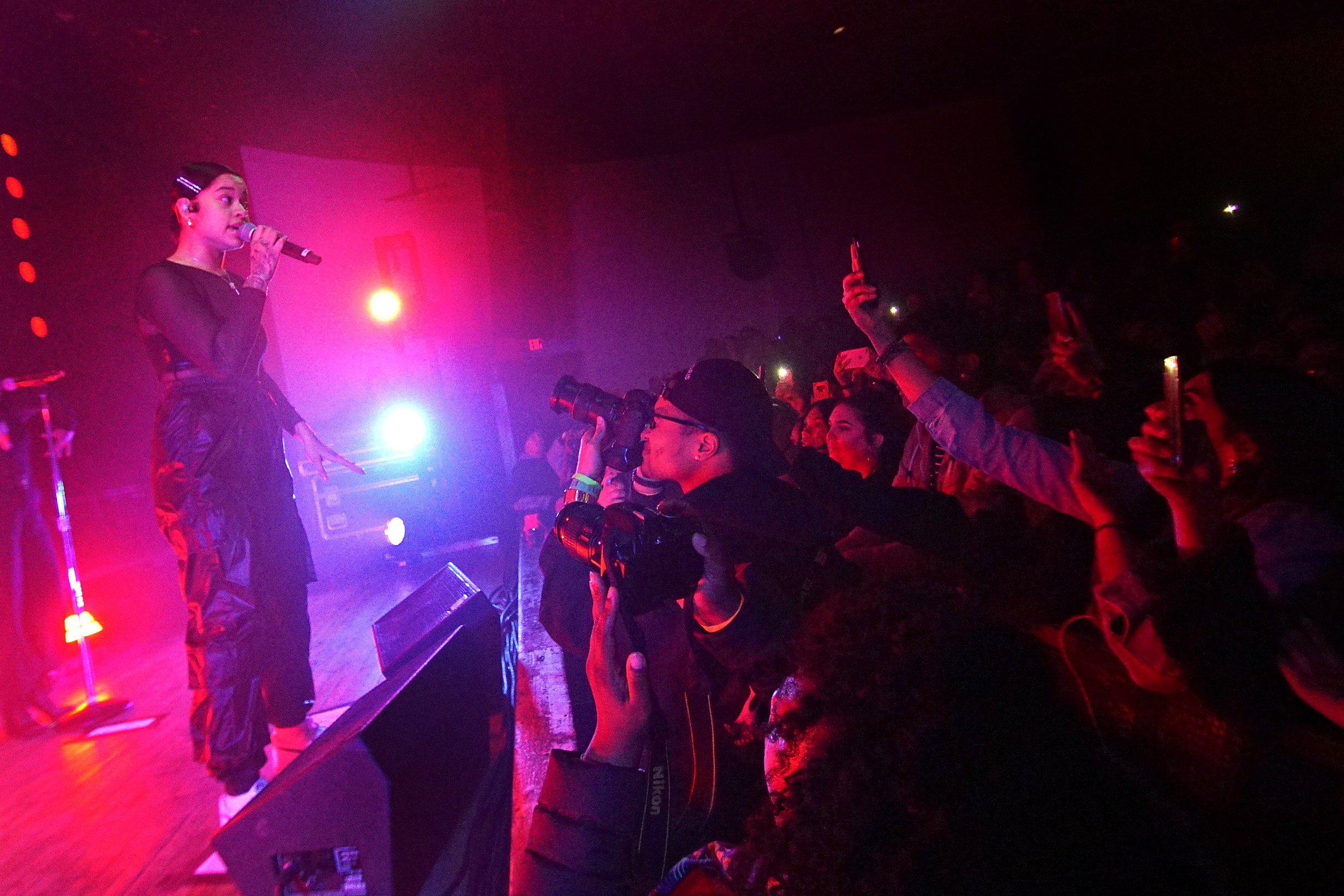 Normally, we compile a list called “The Top Ten Most Badass Things We Saw From Touring Bands” each year, but we’re changing gears just slightly. A “badass” list for local acts is coming in a couple of days, but today we wanted all of our contributors to weigh in. We asked the I Heart Local Music staff what shows really bowled them over and knocked them on their asses. Here’s a look at the tours that came through Lawrence and left an impression.

“My notable Lawrence show moment goes to Black Belt Eagle Scout who convinced me I don’t need to have a beer to experience an incredible performance. Katherine Paul put on a fiery show on a cold evening; shredding her guitar one moment, slamming on the drums the next, and breaking hearts the entire time. A sober Schoolhouse stood silently for every note, until there was an eruption of applause between songs. BBES was transcendent; her confidence uplifting and inspiring. Hearing one of my favorite releases of the year in an intimate setting only makes it more special.

Runner-up Shows: A hypnotizing Earl Sweatshirt at the Granada, a raucous DEHD at the Replay, and an absolute scorcher with Snail Mail at the Granada.”

Ella Mai at the Granada

“As we know, The Granada has a great atmosphere, big sound, and always puts on a good show. We’ve shot many gigs there, but one of our top favorites this year was The Debut Tour with Ella Mai. At the pinnacle of her music career, Ella Mai blessed the crowd with all 16 songs from her latest album. This well-known artist brought tight security, crazy fans, amazing lighting, and a sold out venue! She was my favorite. Along with Kiana Ledé who opened up for her.”

“Sometimes you need to feel the holiday spirit but not with the same old tunes performed in the same old ways. Luckily, along comes Oklahoma’s JD McPherson and his tight-knit band with an album full of all-ORIGINAL Christmas tunes that are clever and funny and impeccably performed. The album is only two years old but the nearly-full Bottleneck crowd knew every word, singing along with the retro-rockabilly vibe to tunes like “Santa’s Got a Mean Machine” and “Bad Kid,” along with a nice mix of old favorites like “North Side Gal.” Only a Grinch couldn’t love it.”

“The crowd was packed in the basement of The White Schoolhouse for the Leggy (Cincinnati) & Lala Lala (Chicago) show in March. It’s ultra rare that I shoot shows anymore, but I knew I had to photograph these femme-fronted bands in a DIY venue like the schoolhouse. The crowd bounced along to the always catchy & fun punk rock antics of Leggy (who has been to town so often they feel like our own local band!). The mood was much more serious during Lala Lala as the crowd sang along to favorite introspective tracks. A few times their shy singer, Lillie West, cracked a smile while looking around at the ragtag crowd enjoying her stage presence & lyrics. I was in the front row & just mesmerized the entire show.”

The Hives / Refused at Liberty Hall

“In a stroke of unfathomable luck this May, two powerhouse bands co-headlined a tour that found itself exploding at Liberty Hall. Swedish rockers Refused spent equal amounts of time defining what it means to be a hardcore band and laying into the audience about women’s rights. Vocalist Dennis Lyxzén was menacing as hell, constantly eyeing the crowd like prey and threateningly wielding his mic around in a circle. Set against strobing lights, the wall of guitar noise had a sort of weight to it– almost as though they were pinning the audience down, though the crowd was more than happy to give into the band’s daunting allure.

The Hives rounded out the night with one unforgettable moment after another. They didn’t play more than a dozen songs, but the entire set felt hefty thanks to vocalist Pelle Almqvist’s never-ending charm and shit-talking. He’s likely rock and roll’s best showman (take THAT, Mick Jagger!), constantly reminding the audience that it’s a blessing to be in the presence of The Hives… and he’s not wrong (don’t shoot the messenger, we just tell it like it is, folks).

The Hives don’t believe in stages. This is not a band that will ever stick to the stage. Almqvist and his brother, Niklas, never stood in one spot. They scaled anything that would support them– monitors, security rails, actual live humans— all while wielding their weapons of choice. Pelle’s got a knack for mingling with the crowd as far as his mic cord will allow, and he utilized this talent on every single song. He even crowd surfed and thrashed in with the pit– a gift the audience was treated to from both The Hives and Refused. The band all donned white suits, which were soaked with sweat within moments. Pelle, in between his roasting of the audience, constantly flashed his bare chest and spat water at his doting fans, but would always follow it up with hugs and high fives.

Though their fans have aged throughout the band’s decades-long career, the actual members of the band haven’t (they made sure you knew this, as this was part of their trash talk routine). It’s almost like they emerged right out of their last Lawrence show in 2008. Aside from the new song, “I’m Alive,” not much has changed. They are still the greatest, the boldest, the colossal. You don’t watch The Hives, you experience them. This is the greatest show on Earth, and they make sure you know it.

If there’s one set I could relive from the entire year, this was the one.”

One of the best shows that happened THAT WE DIDN’T SEE this year is the Napalm Death / Municipal Waste show. We were woefully out of town and didn’t catch it, but so many of you messaged us about it that we feverishly watched videos of the show through social media. Special shout out to “garbage can guy” who won the hearts of America (or at least LFK) that night.
Local fan Jackson May got some pretty great video from one of the sets.

Municipal Waste live at the Granada in Lawrence, KS