Bloody Hell: The Bottleneck got really gross on Saturday

Bloody Hell: The Bottleneck got really gross on Saturday 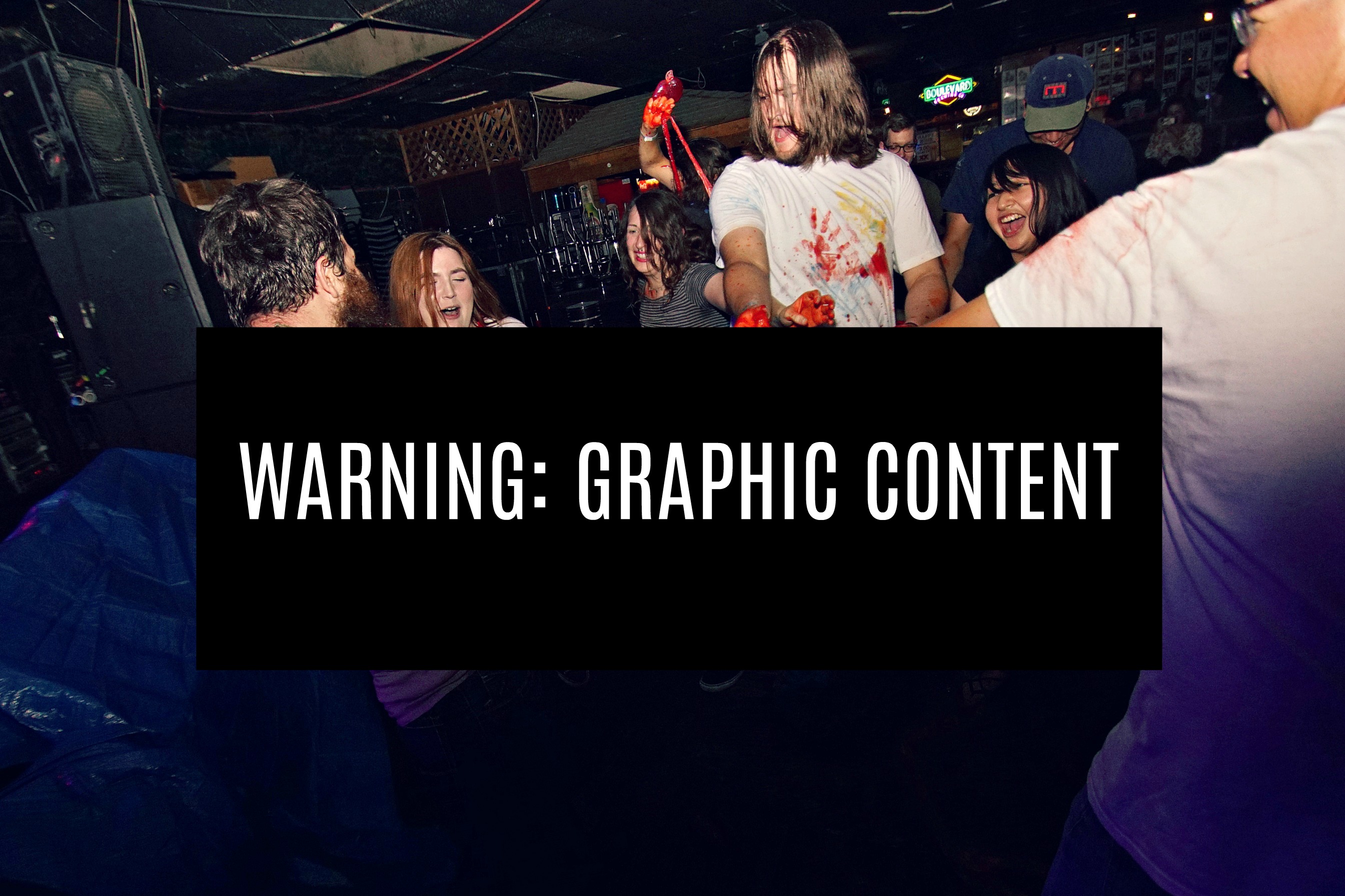 “There’s so much blood in my mouth.” That may have been an understatement from one of the guitarists in Final Girl and the Monsters. The horror-themed band made a striking and disgusting entrance to the Lawrence music scene for Field Day Fest last month. Over the weekend, they turned heads (and threw heads) again when they hit up the Bottleneck.

It was the condoms, really, that made just a mess. At some point in the night, long after they had covered the stage equipment with big blue tarps, they pulled “intestines” out of one of their fans, leaving a mess of sausage-link-esque-blood-filled condoms everywhere. A couple of songs later, they’d warn “Oh, this is a bloody one.” Oh, the previous numbers weren’t?… and would you believe it, that statement made fans actually sprint towards the front. Man, Topeka bands are wild.

In what had to have been one of the best-matched lineups this year, they were joined by the theremin-wielding space pirates in They Watch Us From The Moon, local rockers Vedettes, and Turnip Head (we heard this was their debut show).