All Hail Asmo: The Dark Prince of the Kansas City goths

All Hail Asmo: The Dark Prince of the Kansas City goths 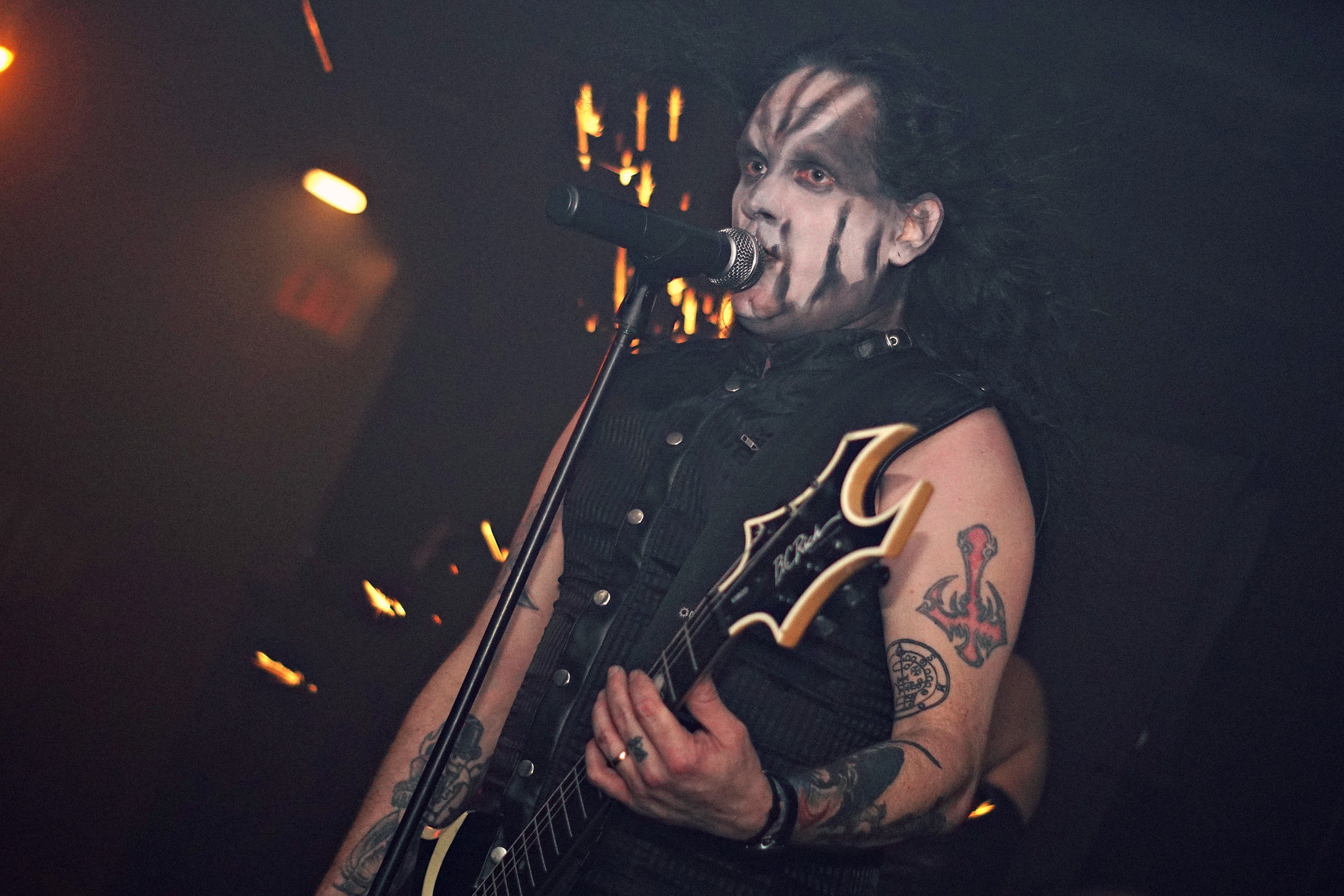 FacebookTweetLinkedInPin
Every now and then, someone really, truly takes a stab at art. In this case, Asmo killed it.

If you’ve been active in the Lawrence music scene, then Asmo is a familiar face. You’ve likely seen him playing bass with Vibralux. But his solo work is where he really gets to shine as an artist. When he opened for My Life with the Thrill Kill Kult on Wednesday, he made sure his Lawrence debut was an unforgettable one. Every single song was thought out as a performance, with no two alike and each feeling like an experience. Though he began the set with a mask, he eventually revealed his doe-eyes, revealing an Edward Scissor Hands-esque expression, but with far more confidence. Think of famed David Bowie vampire film “The Hunger,” if it were presented as a live show.

There were several layers to this artistry (thick synths, throbbing bass and guitars), but light played an important role. It was treated like an additional member of the band. We saw light in various forms and incarnations. We began with the primitive flame, which remained lit at both sides of the stage throughout the set. Then, it evolved into a thrilling and exciting light show. In his spare time, Asmo is a tremendously talented light technician who painstakingly programmed unique and separate light shows into every song. But the most eye-catching displays of light where when two corset-clad goth gals appeared in chastity belts and proceeded to grind them down. Sparks flew everywhere! You thought “Surely, SOMETHING’S going to catch on fire!” But it didn’t! Shit, just our pants caught on fire, the display was so alluring and hot! And if you doubted the authenticity of these two industrialists (who OBVIOUSLY aced their shop class in school), there was the smell. Every time they went to town grinding down the metal down on their pelvic areas, you could smell it. A burning that hung heavy in the air so long you could taste it. That made this show a treat for all the senses.

I don’t know what Kansas City did to deserve such an extravagant and effective display of artistry, but Lawrence deserves to be seething with jealousy right now. We’re biting our nails (and grinding our belts) until Asmo returns.

Watch: Other Americans at the Replay