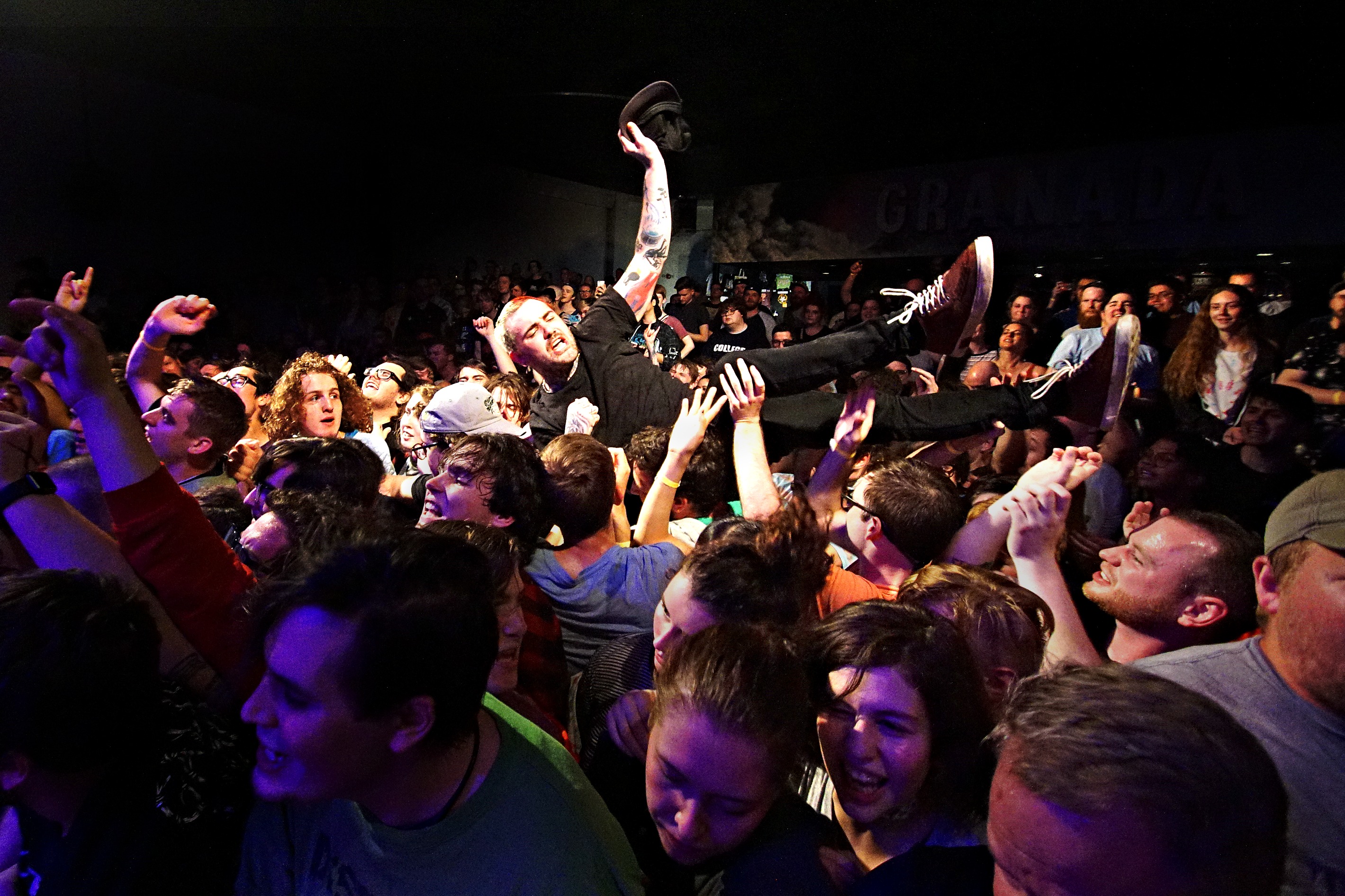 The air was so thick, you could cut it with a knife. Because dozens of fans came in soaking from the powerful thunderstorms that slammed into Lawrence , the PUP show was an over-the-top humid affair. It felt like Kansas in the middle of July. But that didn’t stop the audience from throwing down hard for the punk band. PUP fans are among the most invested on Earth. This is the kind of show where just about everyone was wearing a PUP shirt, and they came ready to scream every word of every song. The Canadian punks were full of endless energy, darting about the stage, rushing to the front, and lunging into the crowd. Revelers ate this up, and excitedly crowd surfed and thrashed. This was the first time in a long time where we saw the barricades actually budge and lean in towards the stage.