Lawrence spends an intimate evening with The Tallest Man on Earth 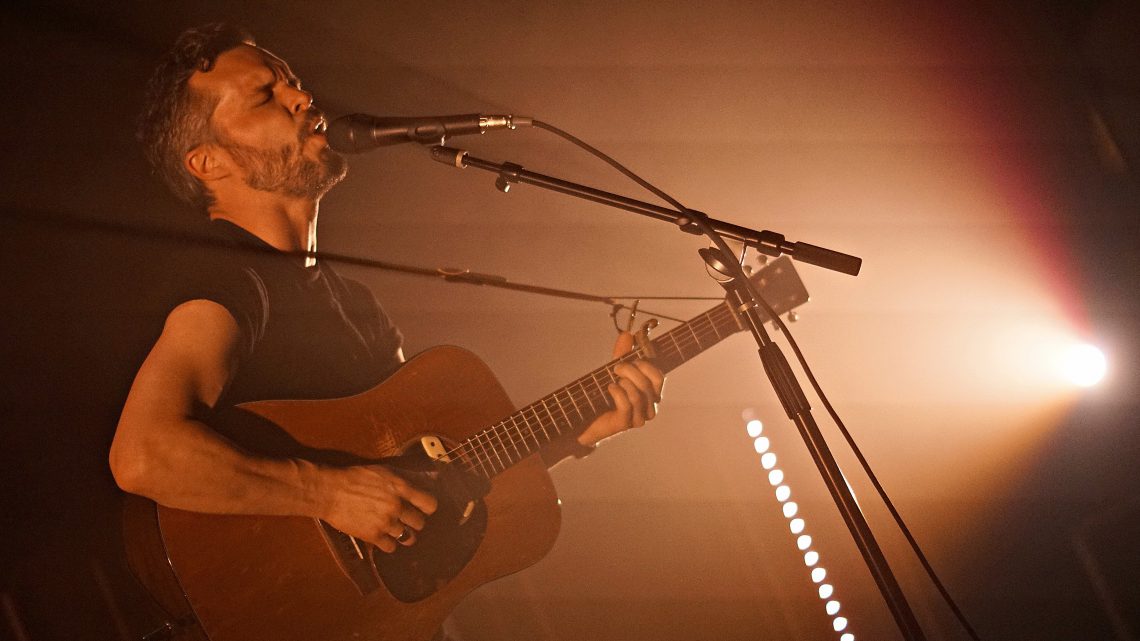 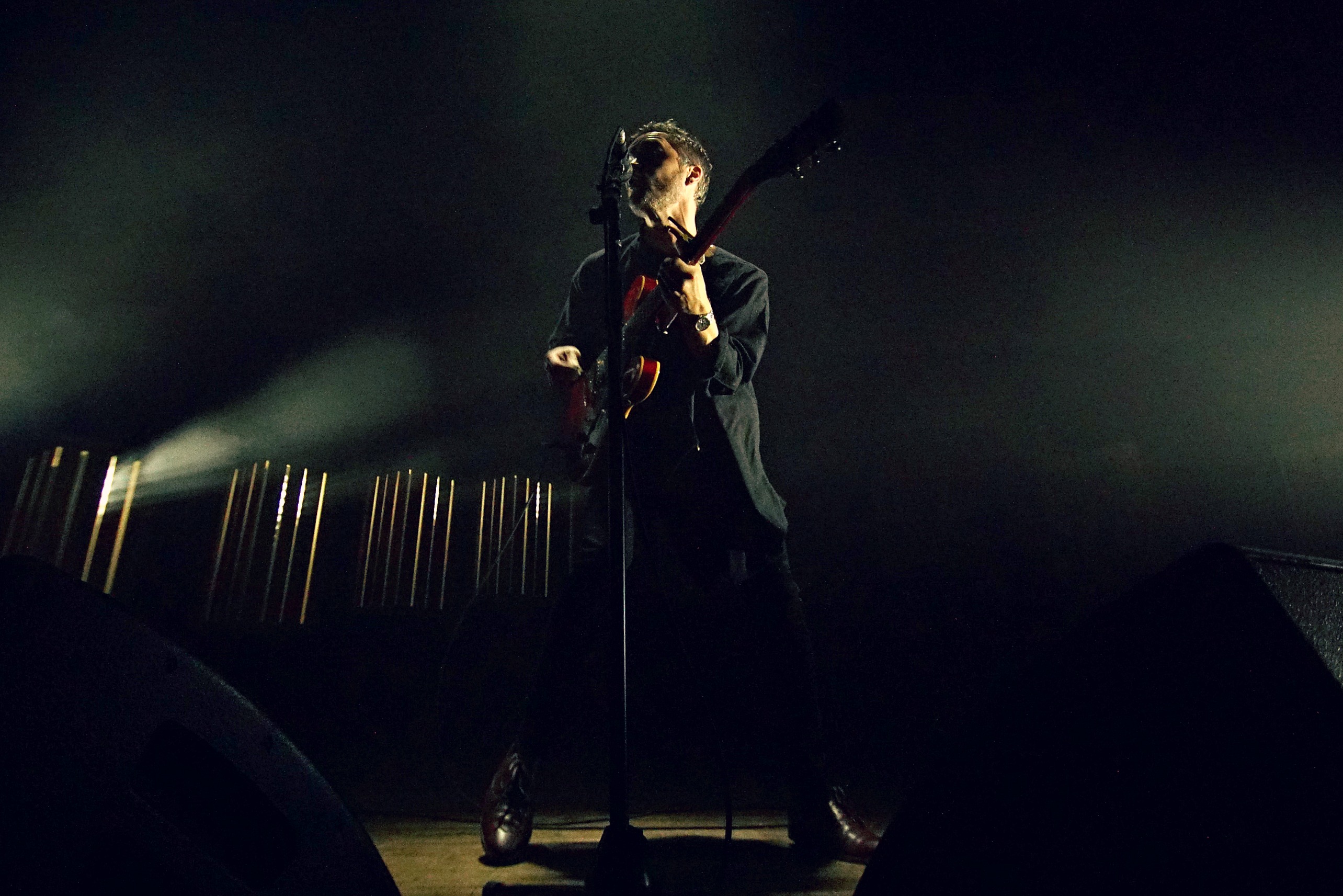 Sunday night’s show at Liberty Hall was a pretty good lesson in how to avoid being swallowed by the stage. Despite being just one man, The Tallest Man on Earth’s Kristian Matsson, used every square inch of his designated space at Liberty Hall so strategically, you’d be correct in calling it breathtaking.

The first giveaway was the black curtain the Hall constructed to block out the light from concessions. The event, dubbed “An Evening with the Tallest Man on Earth,” really made an intimate affair out of it. It really did feel like a date (an evening, if you will), a one-on-one sesh where you had each other’s full attention. From the moment Matsson appeared under a single spotlight, surrounded by a foggy haze, all eyes were on him. 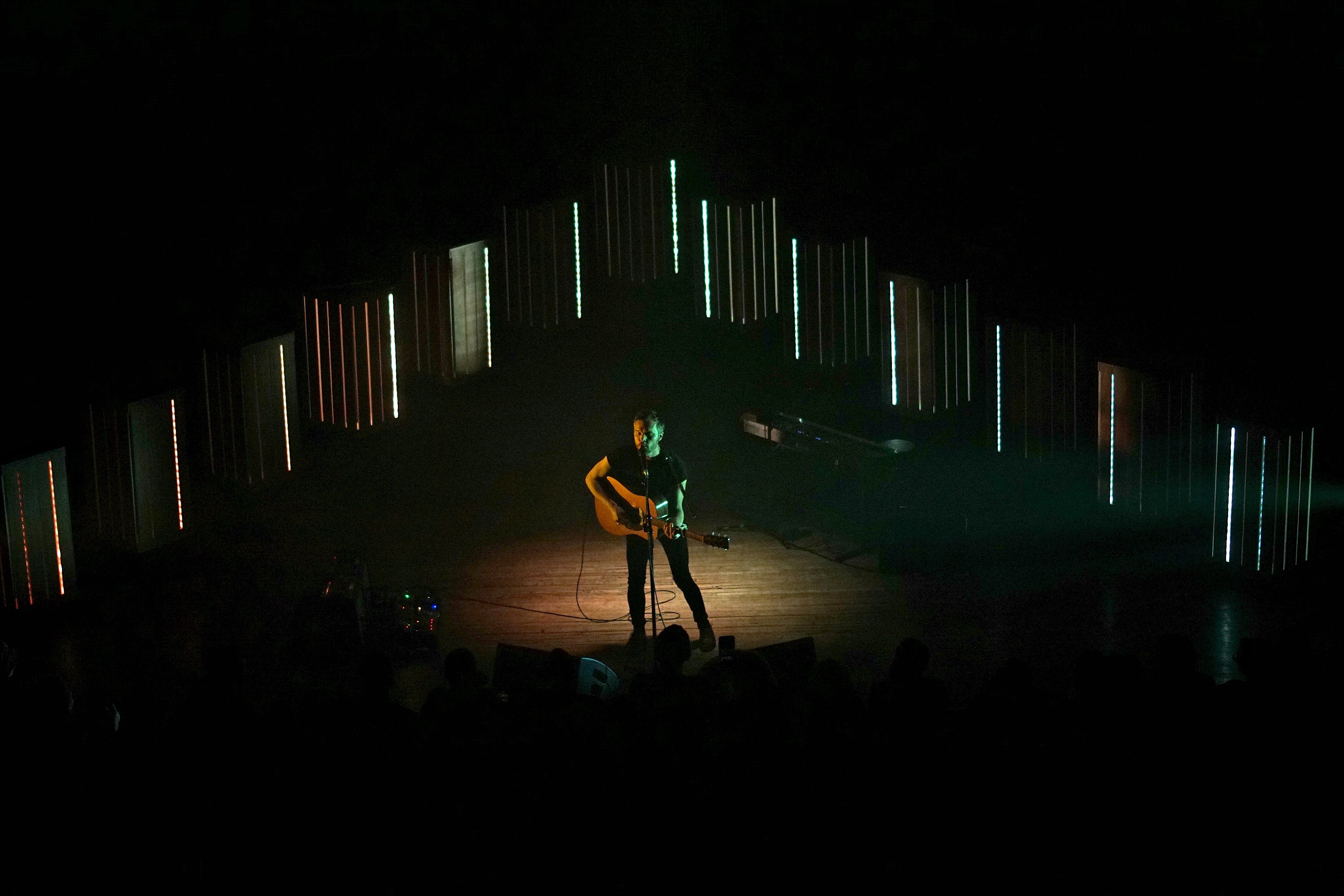 Over the course of his two-hour-ish set, the folk musician gave us a dance of shadows (or with shadows, rather). He slinked about the stage, hugging his guitars close while twirling about. What most people initially thought were boxy music stands for a possible backing band were actually lights, a forever lonely bandstand emitting rays that crescendoed with his vocals, and gave way to the solitary spotlight when he was still. But when he did move under the spots, they projected his shadow on the wall, a very tall and dark silhouette that seemed to dance with the violin-playing women that sprawled across the famous mural of the legendary venue.

He treated the dedicated and hushed audience to tracks spanning his decade-long career, touting along his latest release, I Love You. It’s a Fever Dream. The album details a lot of loneliness you encounter on the road as a touring musician, yet he makes it relatable. That, along with his usual heartbreak from Dark Bird is Home and There’s No Leaving Now, provides fans with a soundtrack to every wistful relationship they’ve possibly ever looked back on and come to peace with. The type of genuine vibe in front of vibrant and twinkling lights helped us come to realize what it’s like to experience loneliness together. Despite the general melancholiness of those ballads, his rolling guitar licks (his hands seemed to never stop moving) and multiple guitar changes (so many guitar changes) really gave a meticulously planned sound and mood for every song. It truly was “An Evening” with this performer– because rather than one big set, it was a series of special moments.