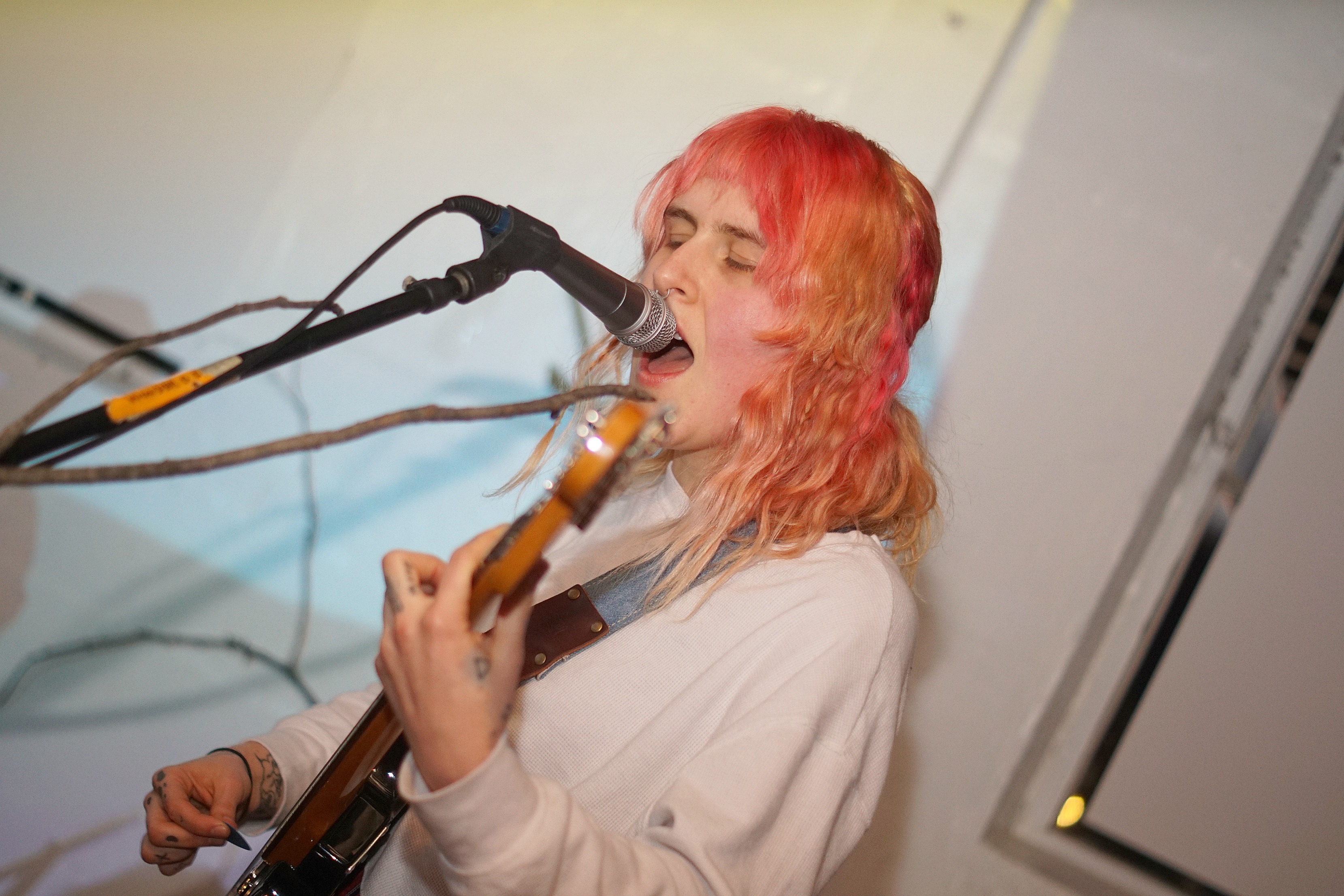 White Schoolhouse is slowly becoming the kind of venue where if you play there, some sort of craft related to your band will pop up. It’s no surprise, considering some of the folks behind the venue run craft-based businesses. On Monday night, the basement venue was decorated with branches to mimic the show’s flyer. Small bits of leafless trees dotted the wall and were even taped to some of the equipment. It gave a very Earthy feel to a genuine and down-to-Earth show.

Lala Lala, out of Chicago, headlined the night with some of the more heartbreaking music to grace the Schoolhouse’s stage. There’s a vulnerability (and relatable nature) in Lillie West’s lyrics, though there wasn’t a sad face to be found in the audience (which grew larger as the night went on). They were joined by Ohio-based and Lawrence favorites Leggy, hot off the heels of their just released Let Me Know Your Moon. Rockers Oxford Remedy opened the show and, despite being based out of Kansas City, are growing in popularity quite quickly in Lawrence.