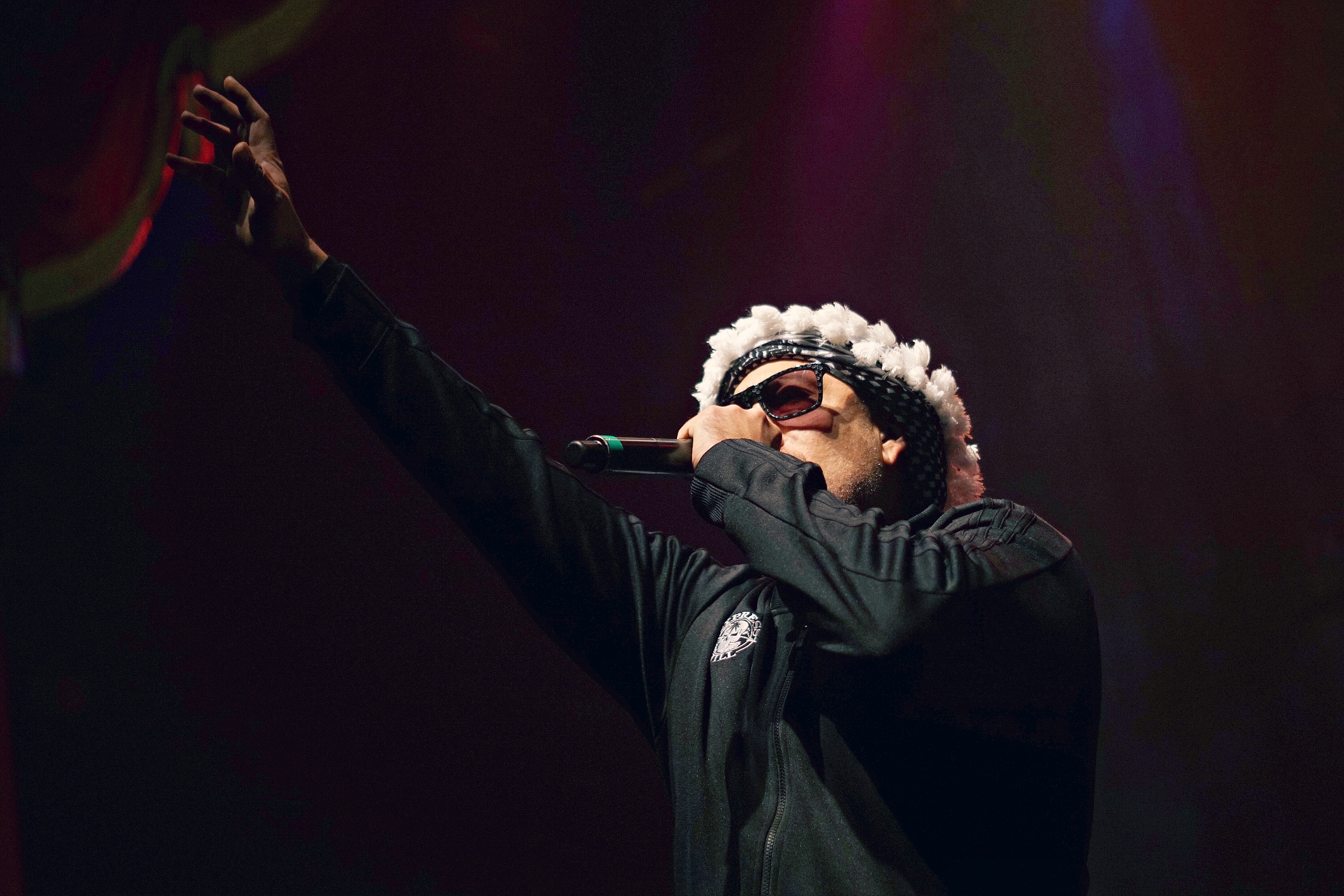 The West Coast came to the Midwest on Friday when Cypress Hill hit the Uptown in Kansas City for West Coast High. As a group that’s seen nothing but grand success from decades worth of albums, the legendary hip-hop act’s powerful onstage presence delighted their longtime fans. 30 years on, the band progressed and grew with their audience (as is evident on their recently released Elephants on Acid), proving their longevity, longstanding creativity, and adaptability. But they balanced their newer tracks with the older weed anthems and politically-charged lyrics of their early work.

This tour brought along Hollywood Undead, a band somewhere between metal and rap. This edgier genre-bending style sits well with a younger crowd, and mixing them with the older hip-hop heads of the 90’s brought a wider range of fans to the show. The many-membered group played a lengthy set full of explosive energy that kept the momentum high and fans entranced (we hardly saw anyone roaming the halls during their set). Xzibit and Demrick, who spent part of their sets performing onstage together, opened up the night.