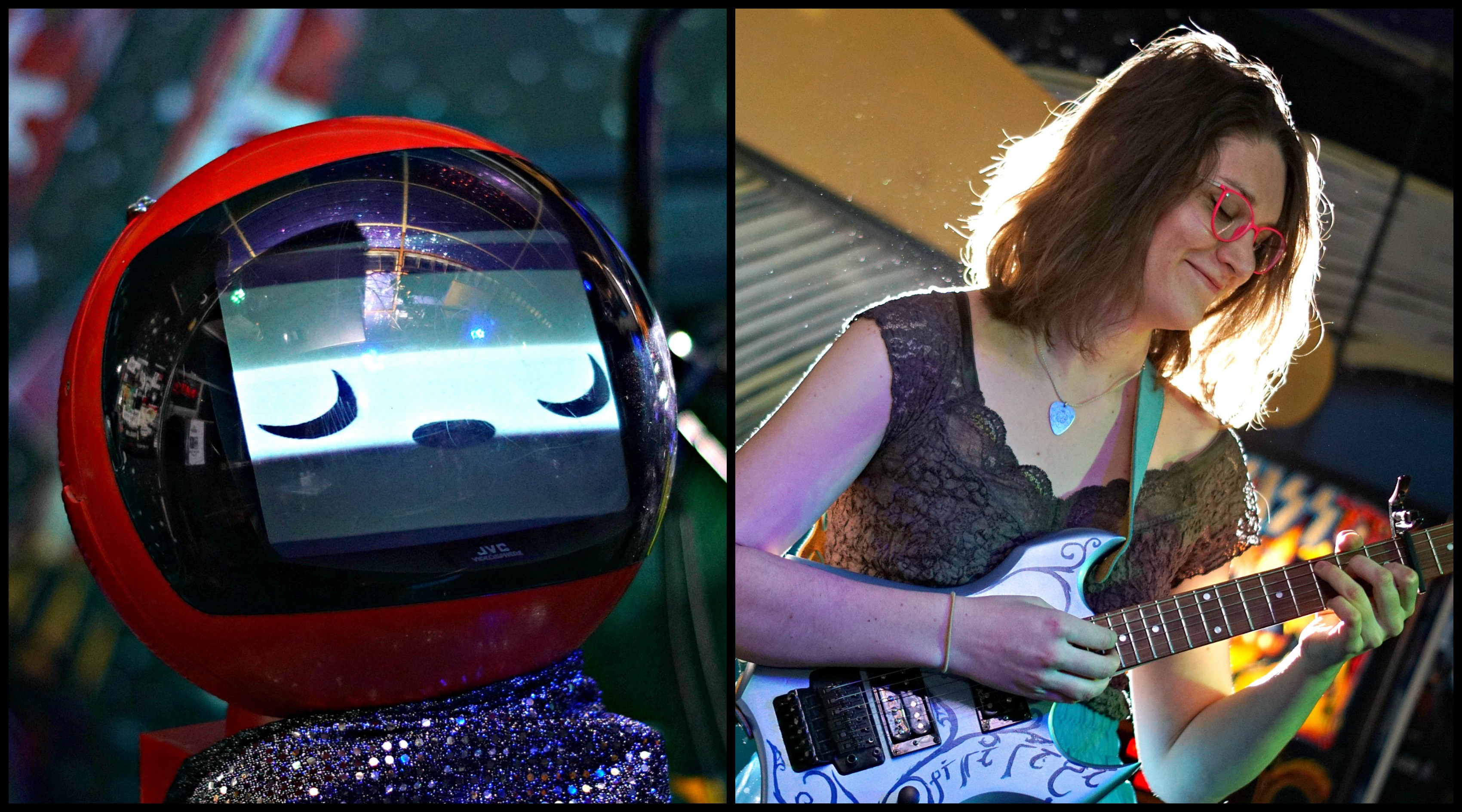 We have officially just died and gone to heaven. This is just too damn adorable.

It’s not every day you get to see a musician really take risks with new ideas, but on Saturday at the Replay Jade Rose stepped outside her comfort zone to debut a one-of-a-kind act. The Lawrencian teamed up with a robot named Hex for their first show ever, and it couldn’t have been a more darling debut. The human half of the duo appeared in a majestic light-up tutu (we spotted a constellation pattern there as well), and provided all the beats and gnarly guitar solos for the night, while the robotic half made ga-ga eyes at the audience and crooned away. The songs were just charming as hell, somewhere between the Postal Service and BMO. These tunes very well could have been featured in Adventure Time or Steven Universe, so we might as well refer to Jade Rose as the Rebecca Sugar of Lawrence.

The whole set was unforgettable– it was innovative, creative, and squee as all heck. We know darn well that it’s just a screen cleverly fitted inside a helmet, but Jade Rose’s shyness plays out in a way that allows Hex the singing robot to come alive. This is one robot overlord we wouldn’t mind bowing down to.