Great balls of fire: Twenty One Pilots brought the pyro to Kansas City

Great balls of fire: Twenty One Pilots brought the pyro to Kansas City 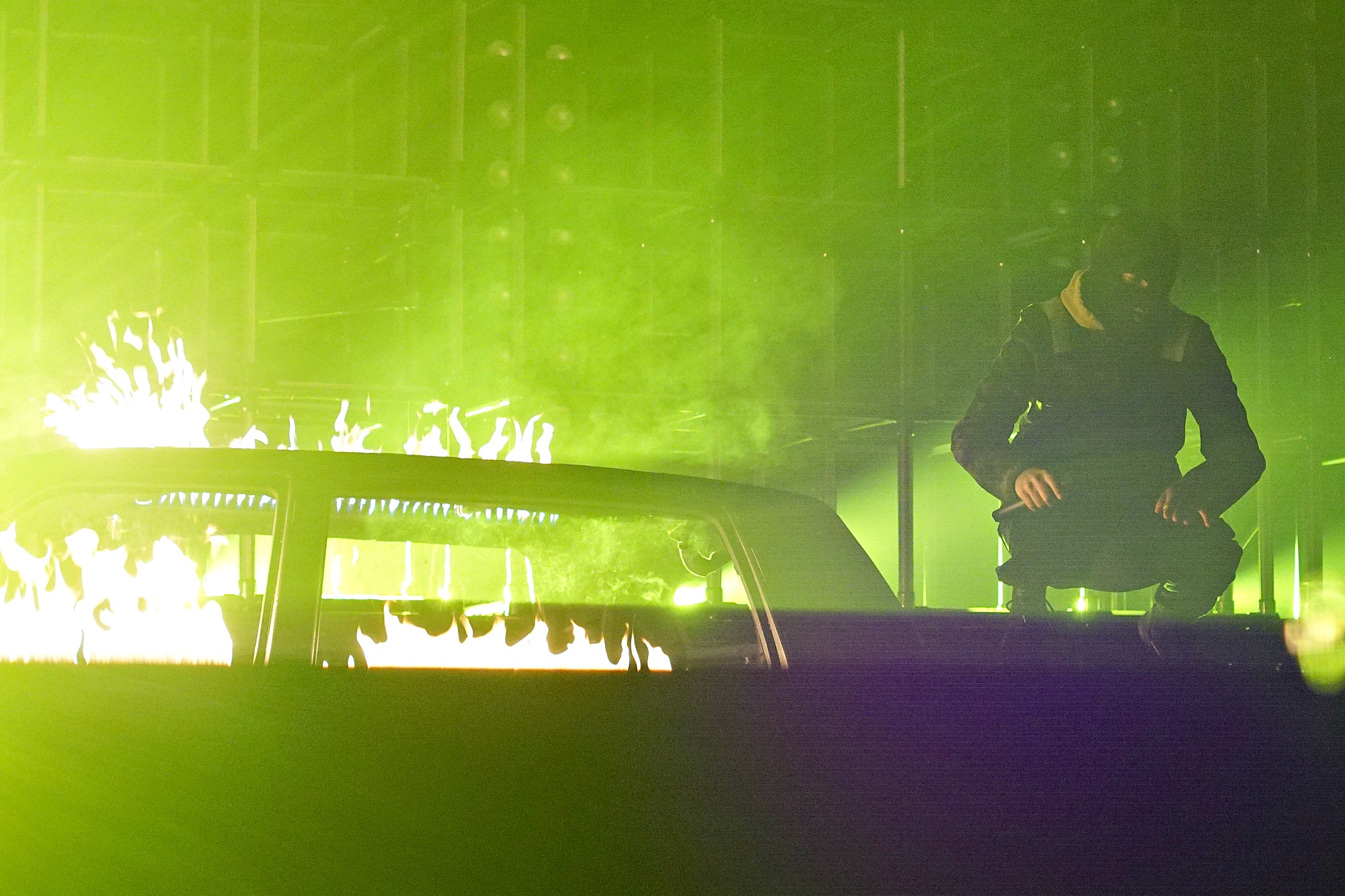 You have to admire Twenty One Pilots for what they’ve accomplished in their career thus far. With just two people, they’ve created a dedicated legion of fans easily spotted by their distinguishable colors and over-the-top devotion. Guitarist and vocalist Tyler Joseph and drummer Josh Dun have single-handedly created a sound and stage presence unique, overwhelming, and fascinating in every way.

It feels like the moment tickets to this show at the Spring Center went on sale, it sold out. In fact, legions of teens had been lined up for blocks, camping out for those coveted general admission spots since Saturday. In an age of social media and screen addiction, it’s admirable to see classic concert obsession in full force. Considering this was the final stop of their tour, the desire to be at this show was even greater. We met fans from as far as New York and several East Coast states who came in for this show. It’s not unusual for a band of this stature to have fans follow them along the tour, as was the case with many front row attendees.

Twenty One Pilot’s signature colors made it easy to spot the fans. Nearly every person in attendance donned black clothing with bright yellow accents, such as bandanas and tape wrapped around their arms and legs. Yellow confetti often rained down on the crowd, ending with a complete overcast of yellow confetti skies by the end of the show.

Giant fiery pyro displays were a constant throughout the night, as Joseph began the show emerging with a torch and performing on top of a car on fire. They rewarded fans right away with tracks off of the recently released Jumpsuit before diving into older hits (“Heathens” and “Stressed Out”) and eventually digging out the ukulele. An argument could be made that Twenty One Pilots may have single-handedly kept the ukulele alive and popular with millennials (in case you’re wondering why so many YouTube videos of teens playing the ukulele exist), and it made a rockin’ appearance for a few songs, including “We Don’t Believe What’s on TV.” Who knew the uke could be so rock and roll?

But above all, Twenty One Pilots have a live show energy unmatched by many of their peers. Often times, the vocalist would scuttle about the stage, flying off of anything with height. It’s a wonder he hasn’t broken his ankle yet. That force was constantly reciprocated with their fans, and the lyrics projected such a positive energy and sense of togetherness, it was easy for any adult in the room to beam with pride at the supportive atmosphere an army of yellow-clad teens could accomplish.