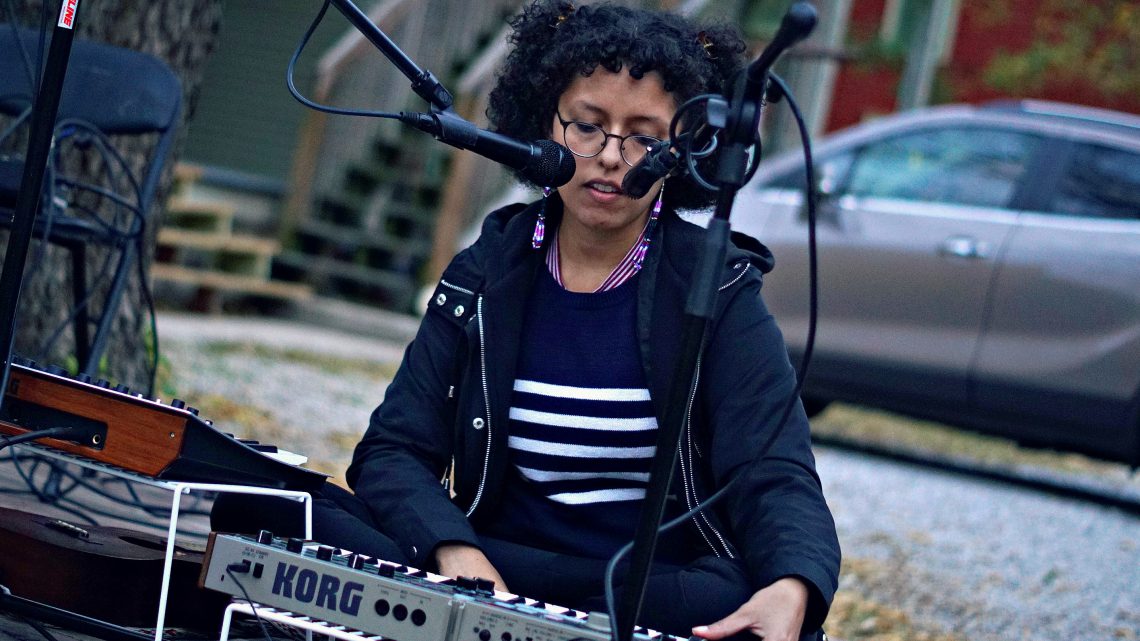 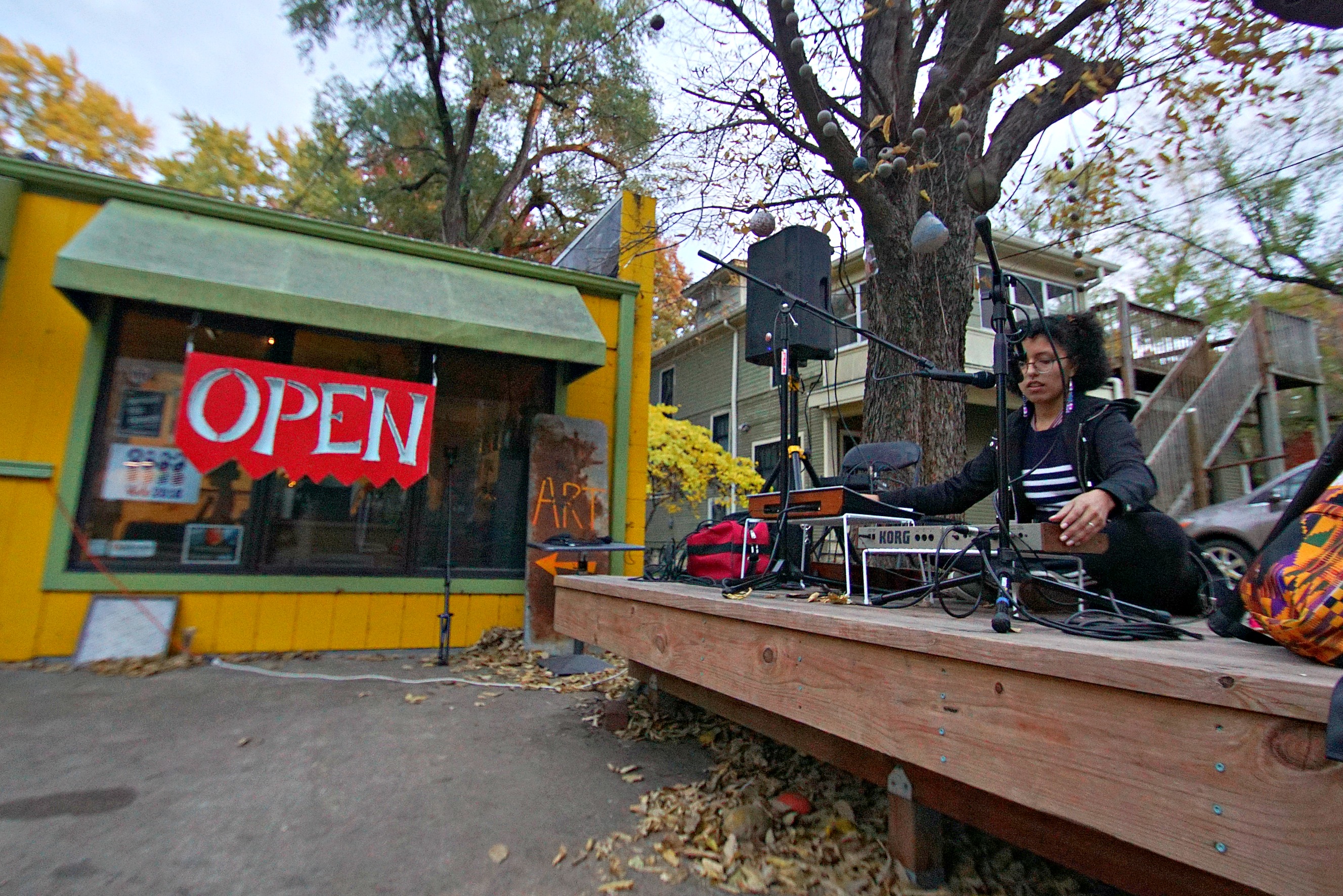 If you wandered down the alley behind the Social Service League on Friday evening, you would’ve thought you were in a video game. 8-bit-sounding music floated out of the alley, snaking around historic buildings and the new development invading those spaces. The source of this ear candy was local synth wizard, Bad Alaskan.

Alex Williams, the woman behind this electro goodness, is more famously known for her impressive synth setups in UltraVivid. But occasionally, she branches out solo and indulges audiences in some of her strictly electronic work. On Friday evening, she performed on the cozy outdoor stage at the Percolator art gallery, dividing her set between original songs and covers while revelers huddled around a small fire for serious Autumn vibes. A lot of her songs deal with spirituality and race, so some of her songs were marked with poetic verses on those issues. Her more 8-bit sounding songs can strike a chord, though. Since video game and nerd culture (and the music that goes with it) has generally been overprotected as a space for white men (as Kadesh Flow pointed out in an interview with us earlier this year), women and people of color have to kick the door down, rather than wait until they’re invited. With attention grabbing as it is, a song like this does just that.

You can watch the video below, and keep up with Bad Alaskan’s work over on her Facebook page.

Previous Article Photo Gallery: Of Montreal and Vibralux at the Granada