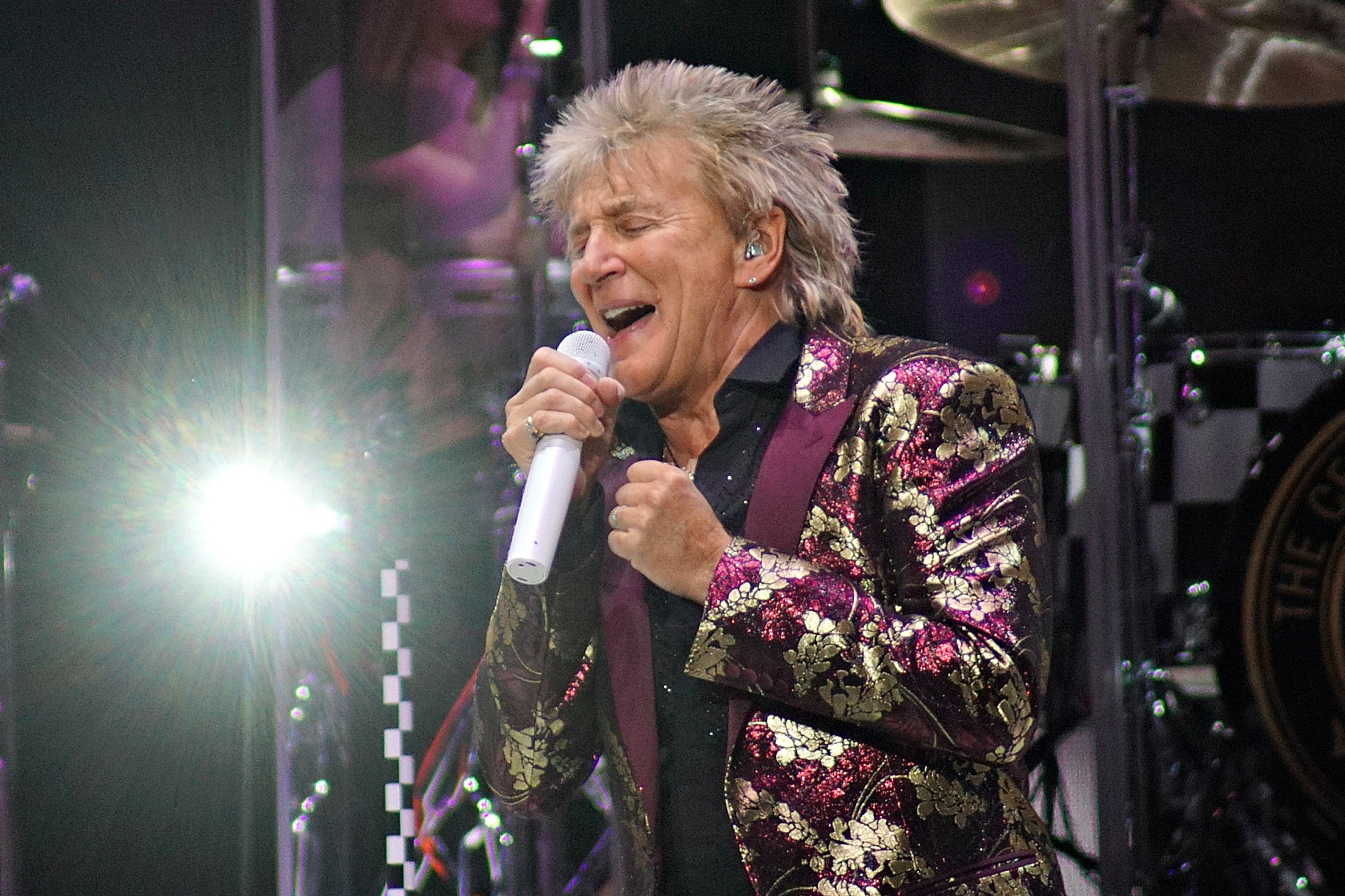 No one really expected Sir Rod Stewart to be so spry, but his explosive onstage persona got even the polite and reserved crowd at the Sprint Center up and on their feet on a Tuesday night. The longtime rocker with decades of live performances under his belt came armed with a band as bustling and frisky as he was. Three (count ’em, THREE) drummers, a slew of lively, tassel-doused backup singers (who sometimes tap danced), violin, banjo, a giant golden harp… all of these elements combined to deliver a robust sound far different than what fans are used to hearing on his records.

The set opened with “Soul Finger,” a vigorous Bar-Kays cover that allowed the energy to hit high from the start and continue throughout the night. One of his more notable hits, “Forever Young,” quickly segued into a drum-off from all three percussionists, while “Rhythm of My Heart” took a far more patriotic turn (he dedicated the song to World War II veterans) and called upon his Scottish heritage for a more Celtic sound while video of him receiving Knighthood at Buckingham Palace played on screens behind him. Though the night was full of nostalgia and covers, he did debut new songs– not surprising considering his lengthy and consistent discography.

Our biggest takeaway from the show was how it seemed like he never stopped moving. His legs shimmied constantly, and he enjoyed flailing the mic stand all over the place and swinging it around his hips like an oversized baton. In fact, there were moments where he pulled off some impressive little maneuvers with a Rod Stewart flair. We spotted him dabbing and even pulling off the Shoot Dance, but we don’t think he was actually trying to do the Shoot Dance, he was just Rod going full Rod. Nevertheless, he was wildly entertaining and only paused to be chatty and coy with the crowd before diving back into his onstage frolics.