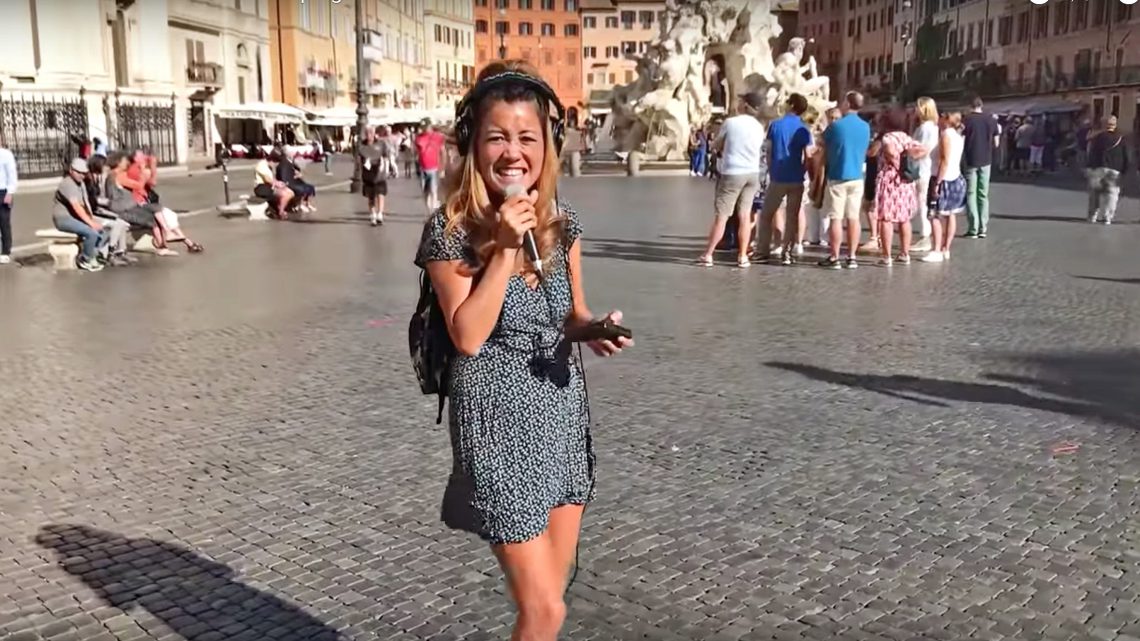 It seems Kawehi’s been busy taking her talents worldwide. The local beatboxer and loop master found internet fame a few years ago after her YouTube videos went viral. Last year, she became a walking music machine after recording herself on a musical jaunt down Mass Street in Lawrence. It involved strapping on her gear and performing one of her loop-heavy songs live.

Though it’s complicated, the benefit of a compact setup like that is you can play just about wherever you want. So Kawehi took a stab at live-looping while on holiday in Rome with her original song “On the Radio.” Since the music is running through her headphones, and not on a speaker, most of the people on the street pass her by and pay no mind. You can watch the video below and follow along with her European adventures over on her Facebook page: