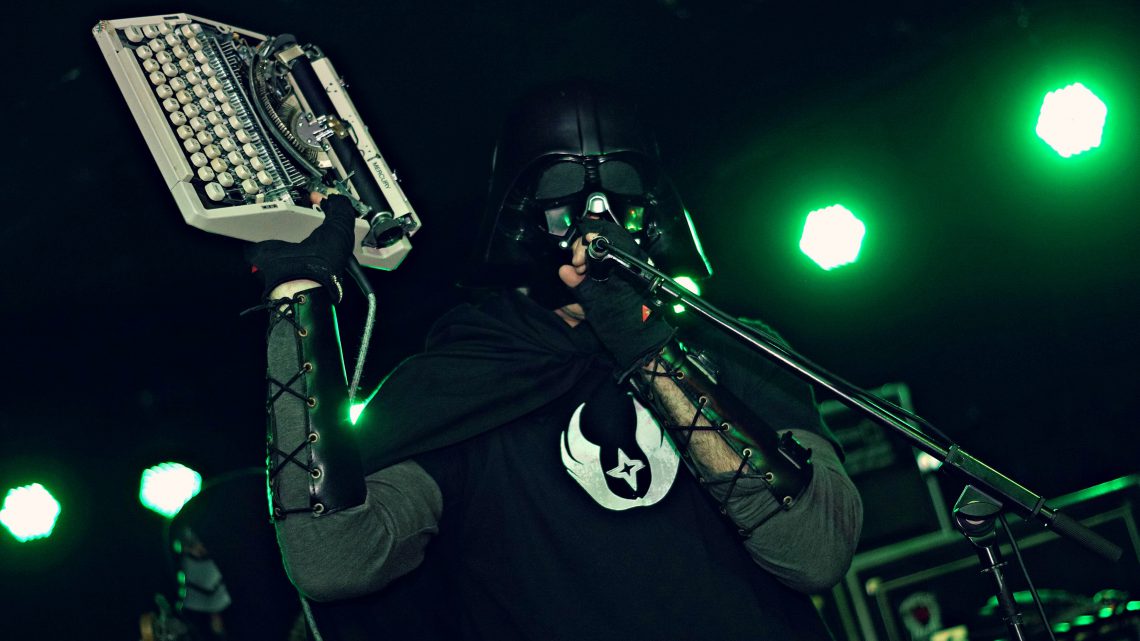 For fans of stoner rock and looooong headbangs, there was no better place to be than the Bottleneck on Saturday. Youngblood Supercult headed a lineup full of sludge, rock, and disorienting stage demeanors. Horned Wolf was particularly good at getting the crowd riled up, while They Watch Us From The Moon may quickly become Lawrence’s new favorite psych band thanks to their brown jumpsuit-clad vocalist’s blood-curdling screams. But it was opener Typewriter Tim (and the newly formed Sith Brigade) who may have stolen the show, thanks to a bizarre performance featuring a typewriter, a Darth Vader costume, and members of Vedettes wearing Stormtrooper masks. You can watch a clip of their performance below– it’s an eight-minute segment pulled from their 30 minute-long song full of improvised banter and wailing saxophone.