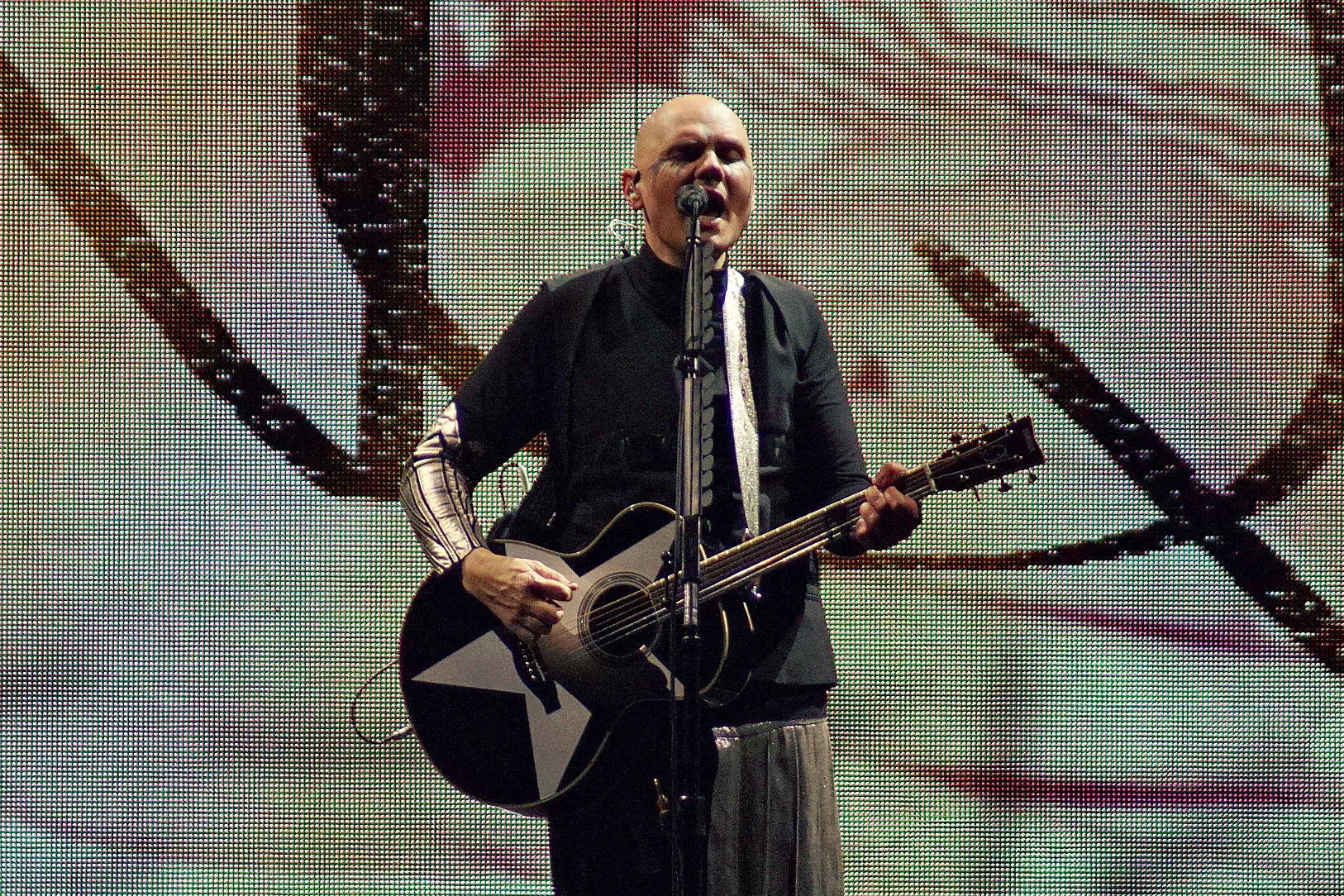 You could have called it an intense retrospection on Smashing Pumpkins’ career. The band touted three decades worth of their music into a set that lasted several hours long when they stopped in Kansas City on Thursday. Nothing really felt crammed in, as the songs were allowed to breathe with striking visuals, art-deco-heavy stage design, and plenty of time for wicked guitar work.

This tour boasted of the “original” lineup of Billy Corgan, James Iha, and Jimmy Chamberlin. Also present were guitarist Jeff Schroeder, keyboardist Katie Nelson, and bassist Jack Bates (son of Peter Hook, of New Order and Joy Division). As had been heavily publicized ahead of the tour, D’arcy Wretzky was absent not only from the live show but any montage of music videos that played on the screens behind the band.

The night was a celebration of an impressive discography from Smashing Pumpkins, focusing mostly on earlier work. Consisting of more than 30 songs, interludes helped break up the night. Two of those interludes included lively, vaudeville-esque video introductions from Sugar Ray’s Mark McGrath. The night began with an emotional solo performance of “Disarm” from Corgan, while childhood images (consisting of personal photos and home videos) of the frontman flashed behind him on screen. The homage to his upbringing lead into songs from Siamese Dream, Melon Collie and the Infinite Sadness, Adore, and Machina– all of which tugged at the aging audience’s heartstrings. Their noteworthy covers, including David Bowie’s “Space Oddity” and Fleetwood Mac’s “Landslide” were big hits with the crowd. While at most shows nowadays, phones are held up for more sentimental songs, these 90’s kids kept it oldschool and stuck to holding up lighters for “Landslide.”

The show was presented with an impressive amount of stamina, constantly allowing for emotional buildups thanks to the cocktails of rich music and vivid imagery in the videos constructed on the screens. “For Martha,” a song Corgan wrote for his mother, was especially emotional as an aging ballerina tore through a poignant and passionate dance in front of a young boy.

Though it lasted several hours long, at no point did the show feel self-indulgent. There was a closeness with the original trio of Corgan, Iha, and Chamberlin– as they often crowded around the modest drum riser. Dare we say it felt like a fairly harmonious get-together, and it was easy to forget the stress and strain of the last few years as we all popped an Aleve (a staple once you get to your 40’s) and checked out for a trip down memory road for the last of “the good old days.”

Album Review: The Band That Saved The World - “Name In Lights”