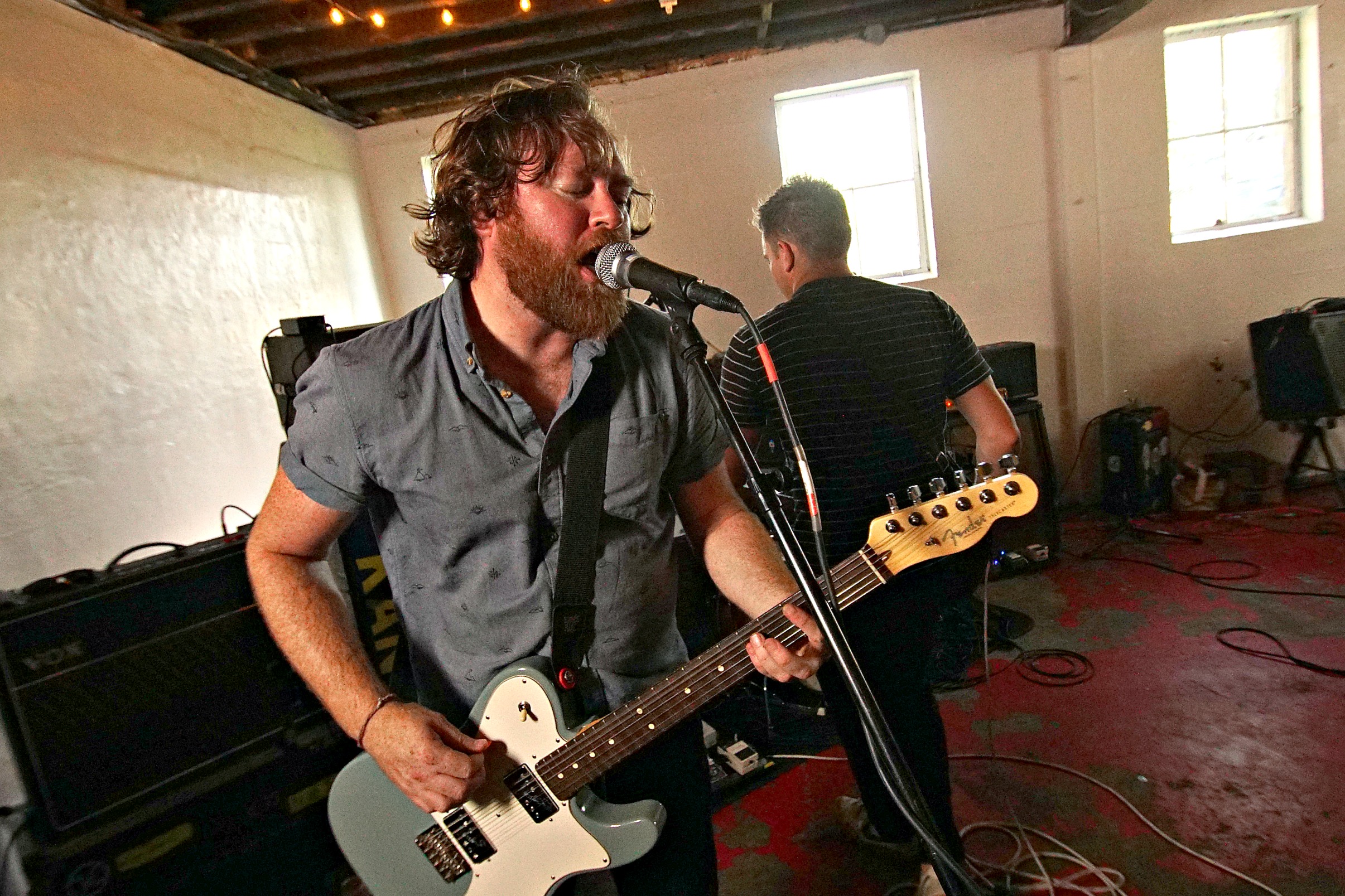 Last year at about this time, The Get Up Kids were playing a free show to about 7,000 people on Mass St. This week, they played a free show once again… but this time it was to just a handful of people packed into a basement venue in North Lawrence.

This was part of a semi-hush-hush music video shoot that involved many of their closest family, friends, and neighbors. The band, which now tours the world, wanted to showcase their beginnings in Lawrence. So they went back to their beginnings (the basement) at the most DIY venue in town– the White Schoolhouse (AKA Outhouse North) and made the announcement just 24 hours prior to the show.

The sweaty affair was a testament to their longstanding dedication to having a local presence (some members of the band engage in a number of community events around town), and the opened the doors to a limited number of fans and cohorts for the shoot. Though they played the song that will be featured in the video a few times for editing purposes, they also dished out a few old favorites for some of the more hardcore fans in attendance that evening.

You can watch a video below of a song they told us made an appearance at their very first show ever, which (of course) was played in a basement in Lawrence.