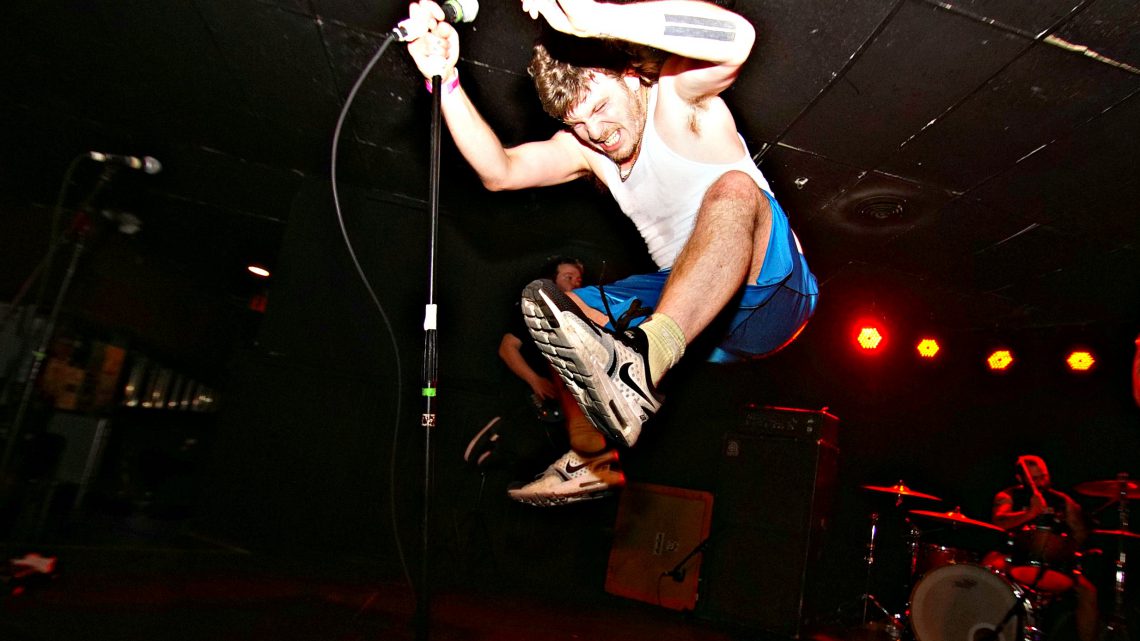 A punk show doused in testosterone and musical mirth shook up a sleepy Wednesday at the Bottleneck when PEARS rolled through. The New Orleans-based band is the musical equivalent of a punch to the nuts, with a dynamic frontman who violently contorted his way through a rousing and highly entertaining set. PEARS is the band you want to see when it’s time to light a fire under everyone’s butt. The regrettably lethargic crowd was not ready for the punk rockers, who divided up their wildly animated set with equally giggle-inducing banter between songs. Every maneuver they pulled was delightfully outlandish. There really wasn’t a single moment you could look away from the stage, as they were one of the funnest bands to grace the area this month.

They were joined by fellow New Orleans rockers HiGH, who powered and thrashed through furiously fast songs, along with Kansas City’s Red Kate and Hipshot Killer.