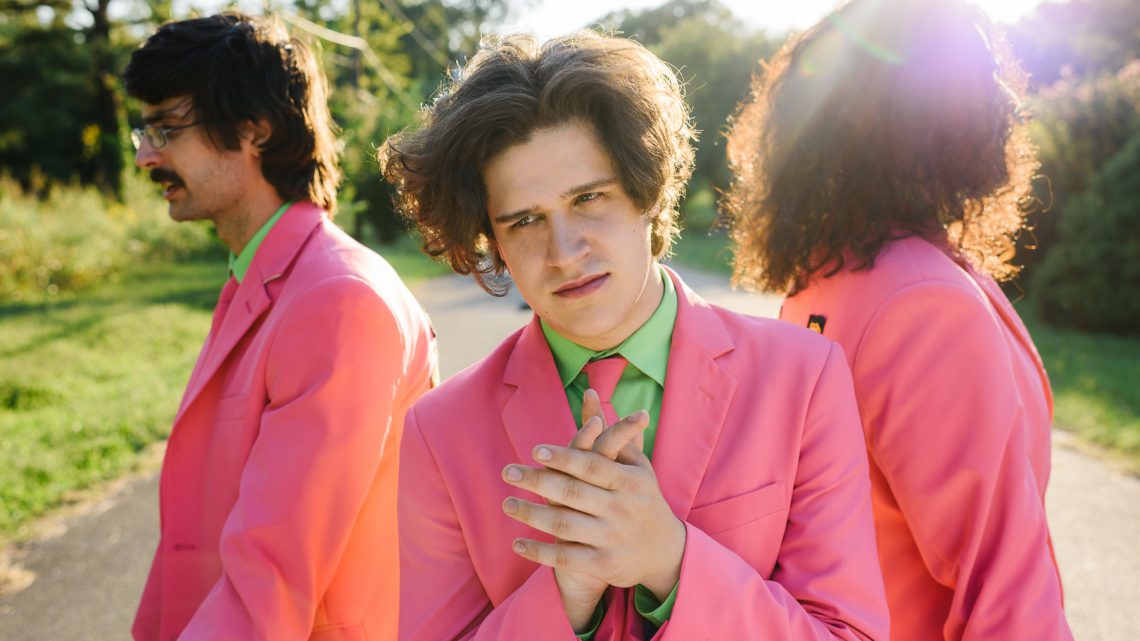 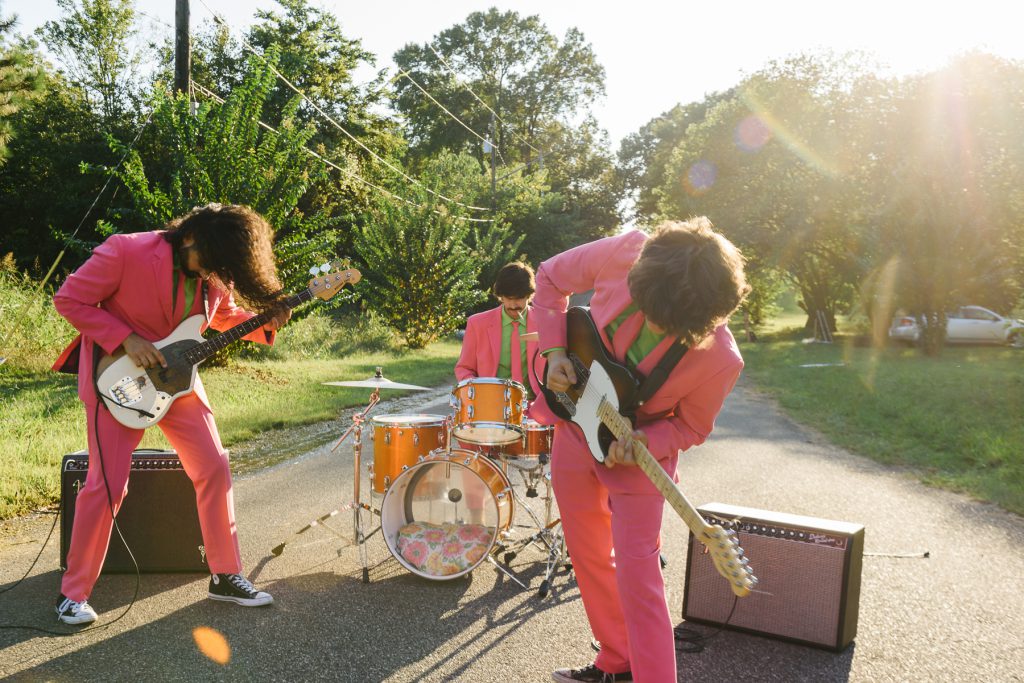 The Burning Peppermints’ debut Glittervomit stays soft for all of twenty seconds before opener “Don’t Try To Lie To Me” slams into full throttle. Even the first lyrics are a stellar fuck you to get things going: “I’m telling you right now, I ain’t apologizing/For anything that I say, for anything that I do/Cause they’re all just words to you.” And later literally saying, “Fuck this shit/I’m going home!” in a perfect bratty sneer. The anthemic rocker has vocalist Jake Wettig shift from the sneer to a haunting scream creeping from his throat, making it a wild introduction to the record. And, unbelievably, “Don’t Try To Lie To Me” isn’t the most audacious moment to greet us; it’s the absolute batshit crazy follow-up “Mary Margaret” that has you thinking, “what the hell just happened here?” It’s a track SOAKED in reverb, masking every single word Wettig is delivering (the band has labeled it a “nonsense song”) in the verses only to fly face first into lightning infused keys and machine gun drumming with a punctuated “WOO!” I know I’m here to focus on things like the words artists use, dear reader, but I promise you it doesn’t matter what the lyrics are because it’s so much damn fun.

From there Glittervomit gets more experimental with their brand of rock and roll and pushes time signatures to the brink with the title track’s slinky descent into insanity; the bluesy garage rock of “I Wanna Go Home” which sounds like a drug-induced car commercial; “Blockhead” which gives us about a minute to breathe before raging onward and dancing back and forth with breezy guitar solos; the jazz-centric “I Need To Be Alone (With Him)” and it’s mellow, sexy keyboard. The Burning Peppermints give a one-two punch to close out the album with “Everywhere Feels Like Nowhere” and “Crybaby.” The former has a great group vocal delivery to compliment the jangling guitars and it’s moody, repetitive chorus hitting every syllable in its title. The closer turns political to carry the message to never stop resisting. The fight isn’t over.

Glittervomit is a terrifically wild ride in all of twenty-six minutes of its runtime. All that’s left to say is “WOO!”

Favorite Tracks: “Don’t Try To Lie To Me,” “Mary Margaret,” “I Need To Be Alone (With Him),” & “Everything Feels Like Nowhere”

Editor’s note: You can see The Burning Peppermints on June 23rd at the Jackpot in Lawrence with Bodega, Dressy Bessy, and MaceMouth.

Next post Listen to this new track from Khrystal