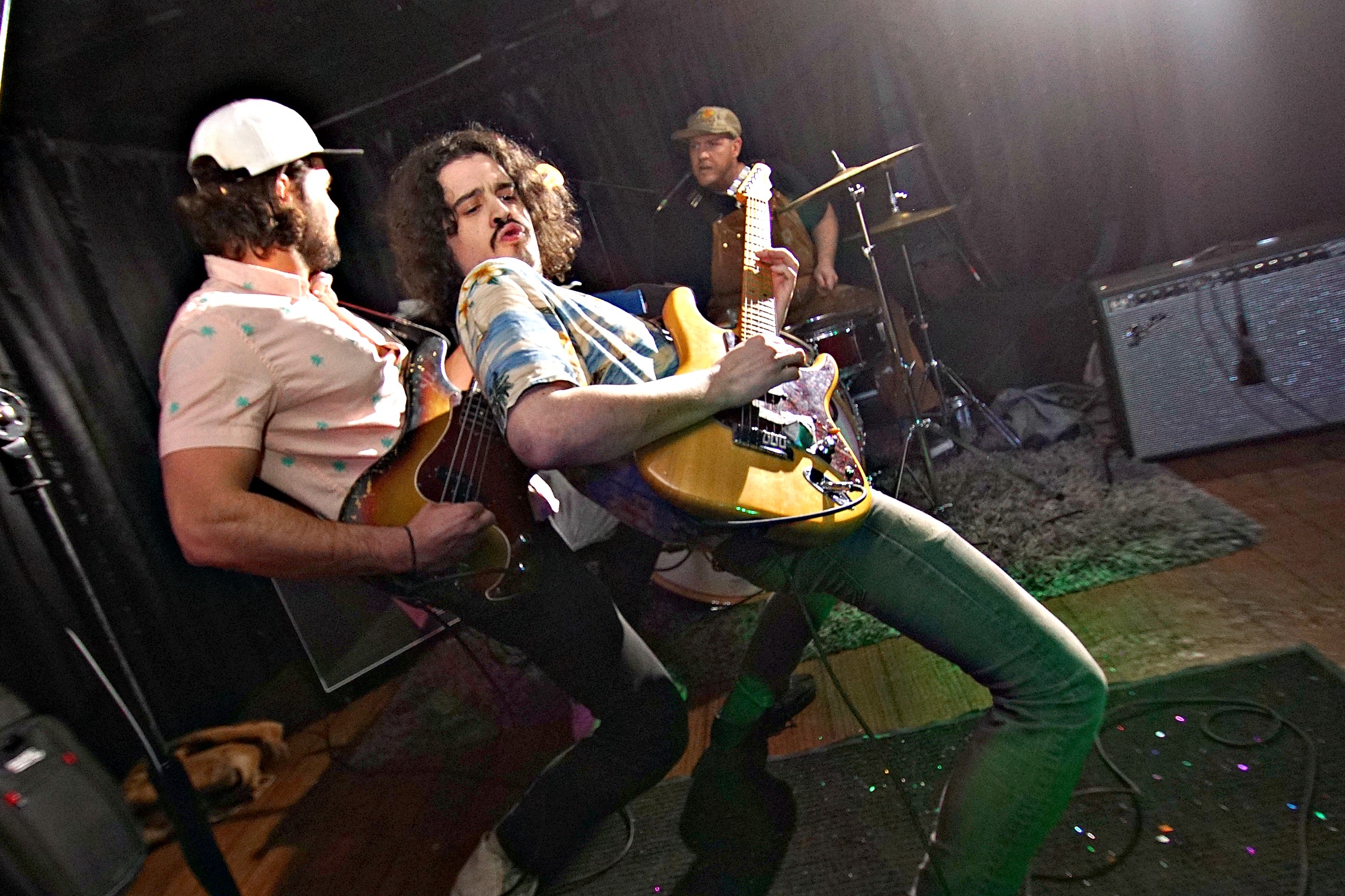 Drugs & Attics have two settings: “party” and “rock and roll.” On Friday night, they debuted new music tackling both of those traits. Naturally, the Kansas City three-piece trash rockers were all about playing 4/20 at the Jackpot. Every song was about getting trashed, getting high, partying, and rock and roll. We don’t think there’s any act in the area more dedicated to the craft in this sense. Listening to any one of Drugs & Attics’ tunes conjures up vivid images of late-night debauchery. No detail is spared, you’ll know exactly what they were up to last night (and the night before, and the night before that).

This is literally a song about getting trashed with your friends called “Me and my friends are trashed and coming over.” It doesn’t even break the two-minute mark.

HighWesthus is also a party conjurer, touting some of the most (if not the most) danceable hip-hop (and likable DJs) to the local landscape. We saw folks sprint from across the street hoping to catch HighWesthus in time (an admirable feat considering all the good shows audiences were torn between tonight). It’s so easy to get lost in these feel-good and high-octane tunes that, if you’re not looking, you’ll miss out on what a lively dancer he is onstage.

RLT started off the show, bringing electronic music that was easy to love. There are folks who “dabble” in electronic music, then there’s RLT– this is an act that makes a conscience effort to make beats (both electronic and via a live drummer) that can get even the stuffiest concert-goer moving. We’ll add them to the roster of electronic acts (Serene Fiend, Elliot Fox) making a sound effort to do the genre right in the scene.

Watch: Life Coach and LK Ultra at the Jackpot