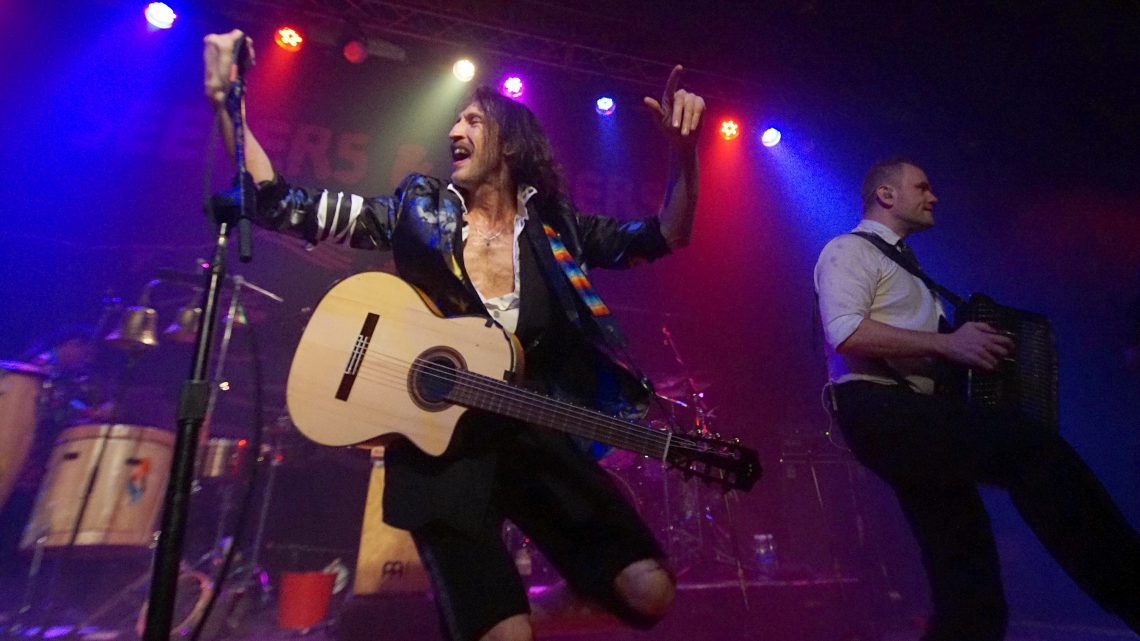 The sudden cold weather and soft patter of snowflakes meant Halloween was a bit quiet for Downtown Lawrence. But inside the Granada, a costumed celebration erupted thanks to the punk-fueled antics of Gogol Bordello. The gypsy punks were on tour in support of their recently released album, Seekers and Finders— but their Lawrence stop was a bit different than what the rest of the tour held. Lucky Chops had been not only opening for the band, but also stepping in as the horn section. For an unknown reason, they dropped off for this show. Kansas City’s Runaway Sons stepped in, opening the show with an exciting display of flailing, screaming, and throwing themselves onto audience members. Gogol Bordello’s set showcased a nice array of newer tracks and old favorites, including “Immigrant Punk,” and “Not A Crime.” The audience, which featured a fun range of Halloween attire (though not as much as we had hoped), were happy to reciprocate the energy provided by the band and enjoyed a full night of nonstop inertia.

Next post Watch: Mr. and the Mrs. at the Replay