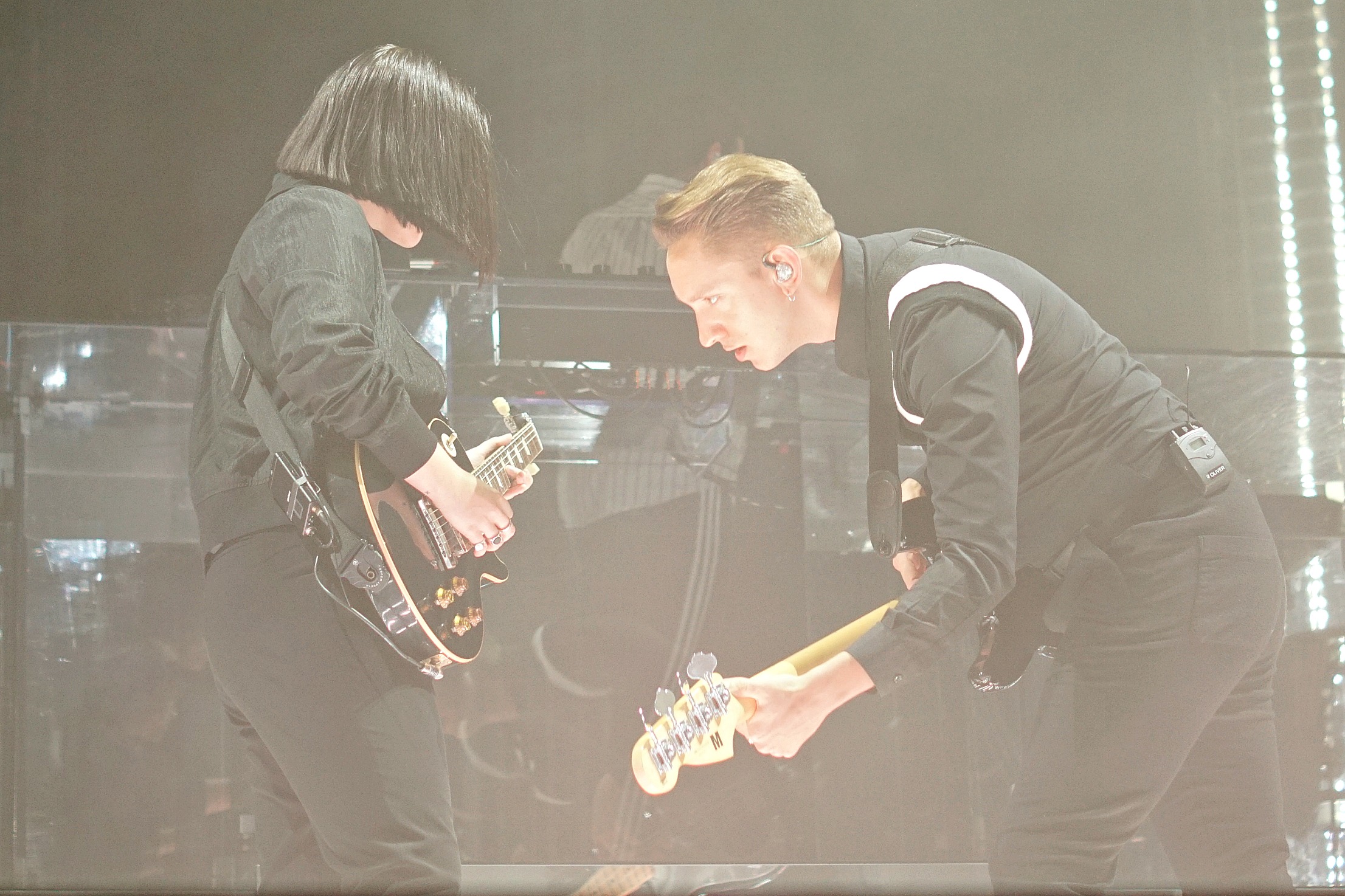 Under the most amazing Autumn moon, an intimate crowd basked in a breezy event that brought them ever-so-close to electro-pop sweethearts The xx. When we say intimate crowd, what we really mean is puny. There were far more empty seats than expected at the Starlight on Tuesday night, but that just brought an eager group of fans all the more closer to one of the most enchanting acts in indie pop.

Romy Croft, Oliver Sim, and Jamie xx formed a trio of sleek, black silhouettes set amongst twirling mirrors that shot lights out the side– this invited fans to disco the night away under their sensual and inviting vocals. While they heavily indulged in their old catalogue of songs, it reminded us that it doesn’t take much to craft a perfect, throbbing love ballad.

Beat wizard Jamie xx provided both electronic and organic cadence, sometimes opting for live percussion over his extensive electronic setup. The band provided a soulful set of crowd pleasers and sing-alongs… with the humble nature of both the artists and their unpretentious songs making these English songwriters completely relatable in every way to the cozy group of Midwesterners that dotted the audience.

The last time we saw The xx, we noted how Croft and Sim’s onstage tango felt wildly thrilling, yet intensely intimate at the same time– at times coming across as so provocative, it almost felt like we were spying into someone’s private life. This night was no different, with Jamie xx holding his stance as one of the more underrated producers, knowing when to hold back and when to thrust us fully into the action.

While The xx felt like a loving courtship with the audience, opener Perfume Genius was a more lustful affair. Shimmering head-to-toe in gold silk, his body contorted in ecstasy (likely mimicking the feeling his music penetrated into the crowd).

Mike Hadreas’ moody and beautiful numbers proved nothing was off limits when it came to his vocals. He yodeled, screamed, sunk in rich baritones– and when that gorgeous cherub hit those falsettos, it took us to church. What a treat, having this private dancer all to ourselves, kneeling to a few hundred people and solidifying his stance as the absolute most gifted madman of a vocalist there is.