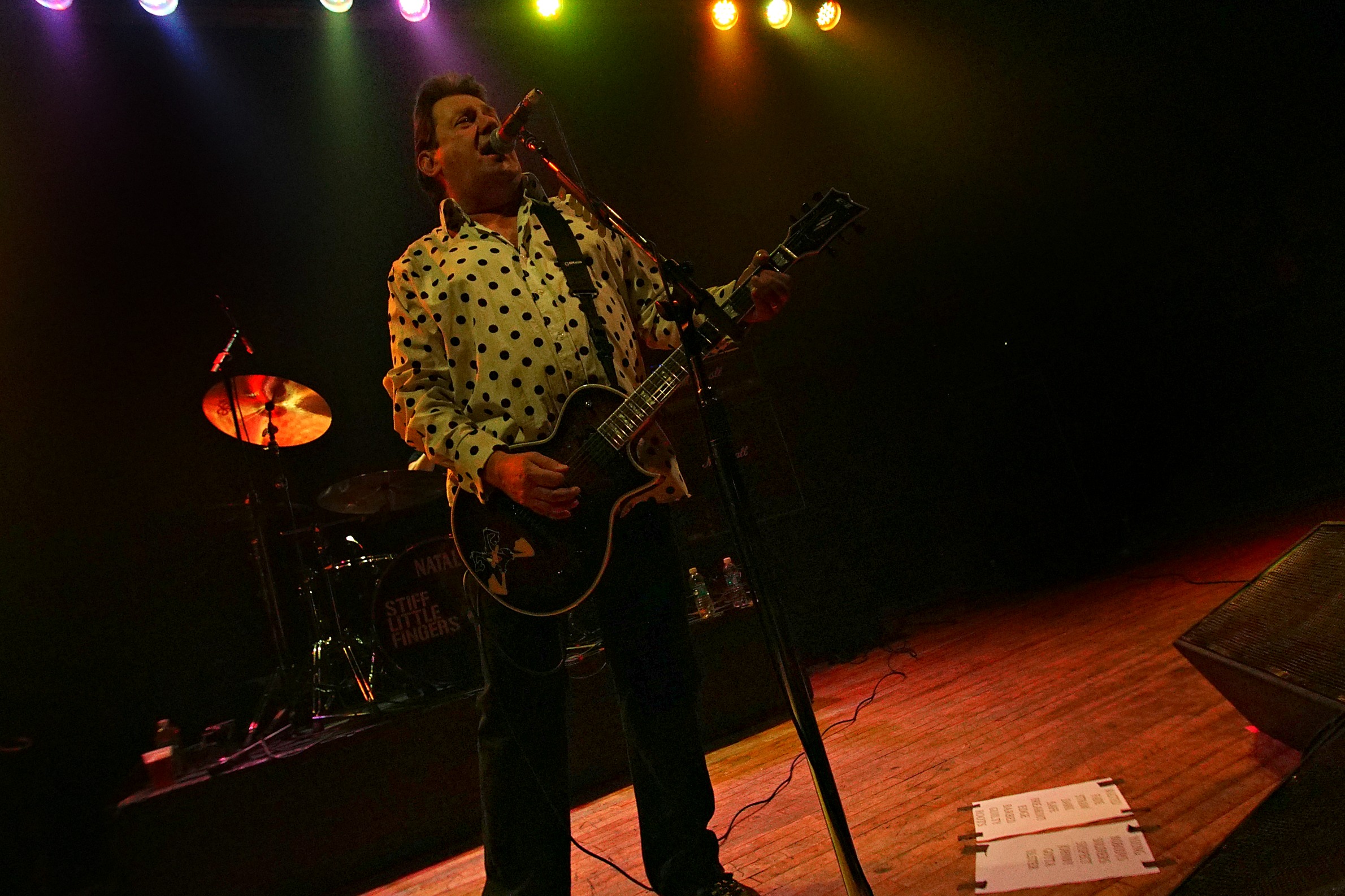 Editor’s note: Stiff Middle Fingers played a pre-show at Lucia right next to the Granada (pictured left) just before the main event.

Holy shit, these guys have been around forever. This means a lengthy discography. How do you feel about the songs they chose to play?

“I liked how they used their big hits for the main parts of the act (started out with ‘Wasted Life,’ ended the main set with ‘Inflammable Material’ and the encore with ‘Alternative Ulster’). It was a power set of pop punch though, so amazing.”

Obviously, this band is where you get your name from. You also both have songs you hate about your day jobs (Stiff Little Fingers played “Freakout” at the show). Do you see any other similarities between your bands?

“Haha, definitely the namesake. I think that desire to find a constructive outlet for these things that get you down… There was quite an introduction to their song about depression, I feel like finding a constructive way to express that is what these types of things are all about, sort of.”

Since this is one of the original punk bands, the crowd was mostly old crusty punk rockers. What’s something the younger generation of punks can learn from these guys?

“Haha, their ROOTS! These guys changed the game, they invented the stuff that made these people you like make what they make, haha. Last time I got to see these guys was from like a mile away in Chicago, being able to be 10 feet away was an incredible treat. But they can definitely take a lesson in how to write an energetic, unabashedly political song with insane hooks.”

What role does a band like this have in today’s punk landscape?

“These guys are legends, almost proto-punk in their way, they set the standards for the next 30-40 years of punk and pop-punk. They are giants in the genre and the fact that they are still touring and writing new music with pretty much the same lineup is incredibly inspiring.”

What was your favorite part of the show?

“All of it! I kept standing there grinning like an idiot, SLF in LFK RIGHT THERE 10 feet away. I couldn’t stop smiling. It was an amazing show, three cheers for the Granada!”