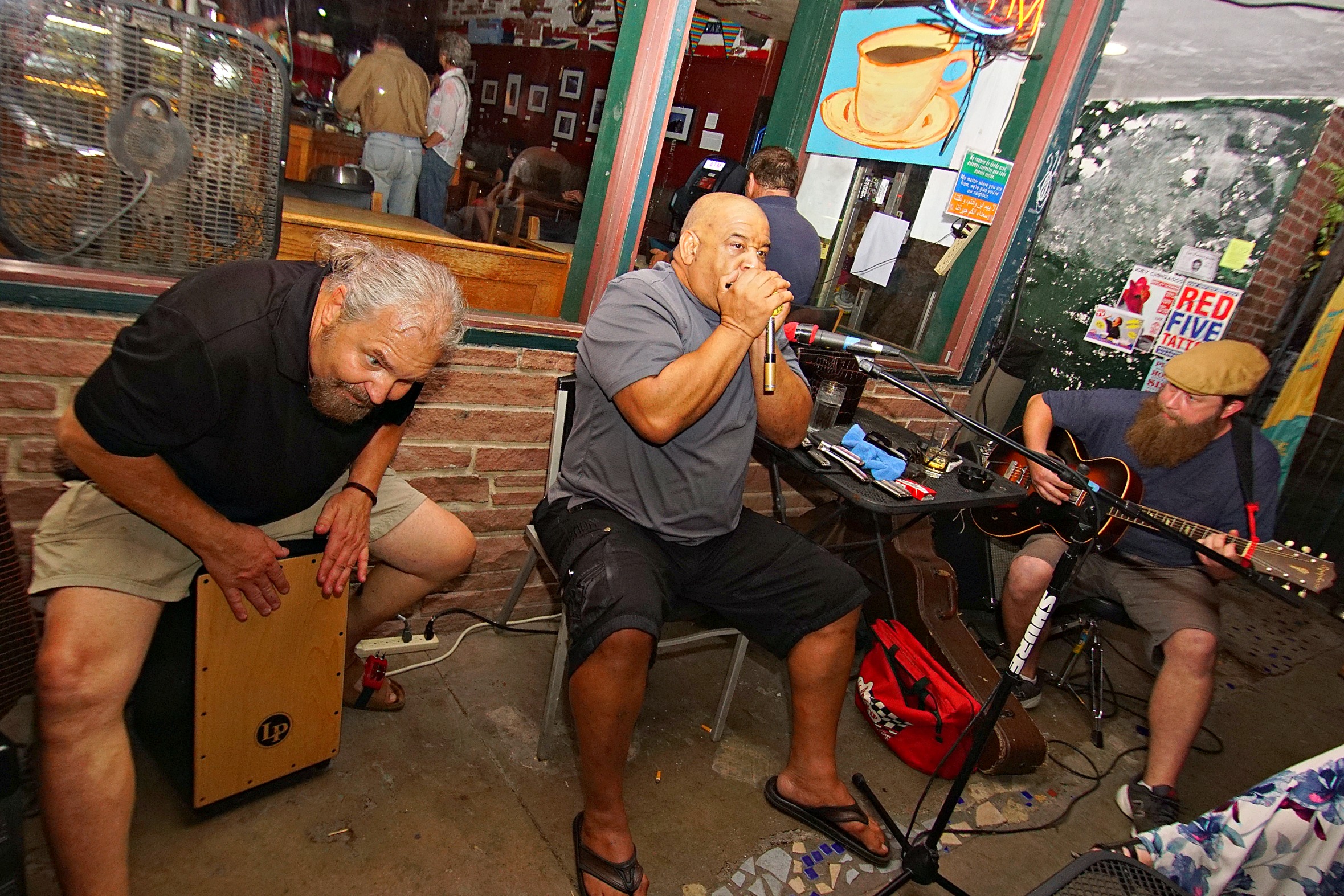 Friday was pretty hoppin’. With it being a Final Fridays art event on top of the normal lively music scene, nearly every venue was filled with people, activity, and good times. But even with all the shows taking up every corner of Mass St., let me tell you the most exciting one was the buskers parked in front of Henry’s.

That’s where we found Ricky Brothers just absolutely wailing away on the harmonica and stealing the show. When he wasn’t huffing into that thing, he was bellowing that larger-than-life voice of his (with a personality to match). This guy drew in crowds of people, and boy were they jazzed. Everyone had their phones out, spilling out of the Sandbar and Taco Zone, and closed in around the blues musicians with every passing minute. We even drove back by two hours later, and there they were, still going at it.

You can’t tell us that Lawrence isn’t the arts town in Kansas when this kind of thing casually pops up on a random evening in the dead of Summer. Although we usually see him sitting down at a patio jam here and there, he does play actual gigs around town, so keep an eye out. Basically, if you’re fortunate enough to catch wind of a Ricky Brothers performance, whether he’s playing with one musician or a whole band, drop everything and go.