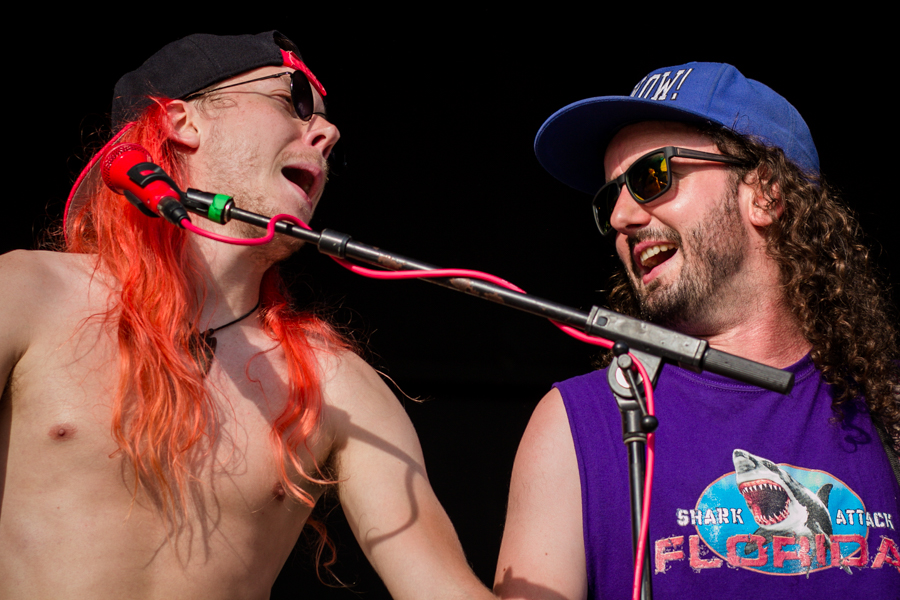 If you’re a metal head like I am, then then The Warped Tour is a big part of your summer concert season. But sometimes money constraints keep you home, or tour dates and work just don’t jive, or you know it’s gonna be too damn hot and the burn you picked up last year was so intense, you can still feel the skin on your forehead itch and pull tight in some scary muscle memory every time Save Ferris’ version of “Come On Eileen” hits your ears.

Anyone who’s ever been to Warped Tour (or it’s ilk) will know that it’s absolutely impossible to see every band on the roster with just one tour stop. And of what I managed to see, ten were worth watching, five are worth talking about, and only two… well, three, I suppose, could even be considered Metal. But as a proper metal head, I am an open minded individual, and won’t stand to abide by your rules and merely prowl the walls of the cage that society wants to put me in!  But I digress.

So, for those of you who fell into one of the above categories this year, enjoy the fruits of my sun-stroke risking endeavors with this short, best-of list.

If there were ever a better place to start a best of list…   War on Women is flat out, bad ass, feminist, hardcore punk rock that absolutely deserves your attention. They’re not about your normal rock and roll bullshit. This female fronted group attacks some serious (read: seriously important) topics in a way that absolutely captivates. The music is phenomenal.  It’s loud. It’s political. It’s unapologetic. Like punk is supposed to be. But at the same time, they’re pulling you in to the greater conversation on equality. This band blows me away.

This is a band that’s quickly becoming my favorite thrash band. Their song titles are metal as hell (“Shrednecks,” “Bourbon Discipline,” “Slime and Punishment,” and “Breathe Grease” are just a few from their latest album) and their t-shirt and banner artwork is the best combination of 80’s, VHS-level gore and political commentary you’re gonna find right now. And this is all atop the fact that Municipal Waste is just a great thrash metal band with consistent, high-level work across all of their releases. Also, they’re incredibly fun to listen to.

GWAR has been around for such a long time, many of you might think they should be left off of a list like this. Maybe you think I should’ve replaced them with someone like Beartooth or fuckin’ Dance Gavin Dance (ugh.) But I DISAGREE! And this is my list. So take a seat, BRO, ‘cause if there’s any band that deserves to constantly receive accolades decades into their career it’s the band who’s been sent from outer space to cleanse the earth of the human scourge (and cover us in blood shot from penis-udders while they do it!)

She isn’t metal. She isn’t punk. She isn’t even really rock at all. She’s “male approved” Alt-pop from L.A. and she’s making her own waves. Doing it on her own terms, and all from the ground up. Not to mention she’s pretty fucking good at it.

Editor’s note: To see the rest of Leroy’s photos from this year’s Warped Tour stop in Bonner Springs, click here.