Photo Gallery: Live On Mass 2 with The Wailers / Page 7 / The Rhythm Project

Photo Gallery: Live On Mass 2 with The Wailers / Page 7 / The Rhythm Project 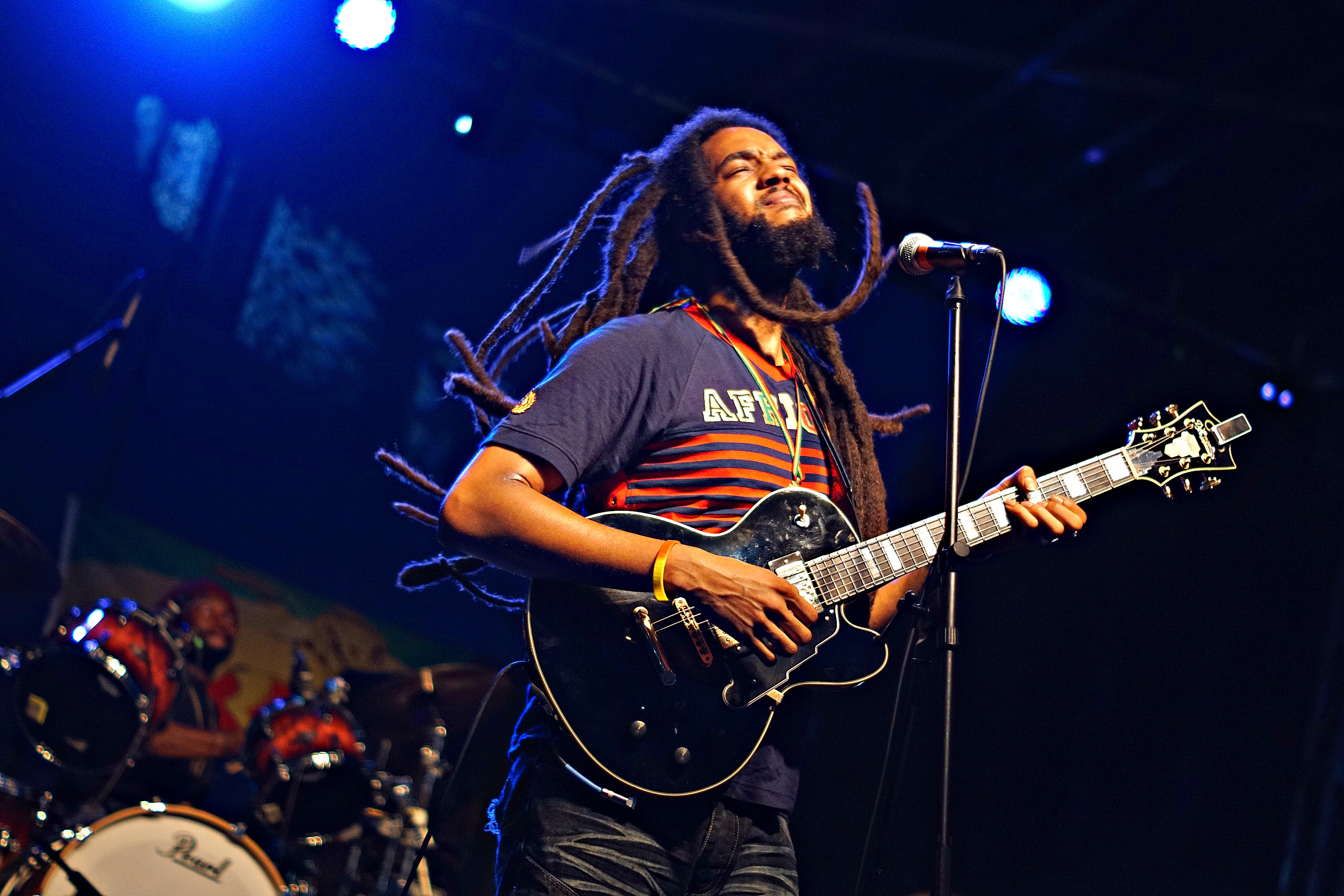 Sometimes, Lawrence needs a reminder that there’s more to the local music scene than rock and roll.

This is where Live On Mass stepped up to the plate with a heavy dose of reggae on a warm and hazy Sunday evening. Last week, we brought you images from the first ever edition of the local event, which brings free live music to the masses. While the first week featured electronic, rock, and pop acts, this week’s edition catered to a different crowd. For Reggae Fest, they brought in The Wailers. The crowd, which was just as large if not larger than last week’s, filled up every corner of Mass Street between 10th and 11th street. They grooved, they boogied, and they enjoyed Jamaican cuisine while taking in every note from a band that’s spent decades carrying on Bob Marley’s legacy (and building one of their own). This audience, phenomenally good-natured despite the sweltering temperatures, savored every sweet sound under the direction of Aston “Family Man” Barrett.

The Wailers were joined by The Rhythm Project, a trio of percussionists we’re used to seeing busking on Mass Street. Though they were an unconventional band to book at the start of a show like this, it was one people connected with and felt compelled to move to with every beat.

Page 7, however, ultimately brought the party thanks to their infectious energy and genre-spanning sound. With Page 7, you get a little soul, a little funk, and everything in between. Though they touch on several genres, it’s when they dive into ska that they’re at their best, likely because this is one of the finest horn sections in the area. They’re subtle, smooth, and simply sublime (a perfect blend for any mid-Summer street party).