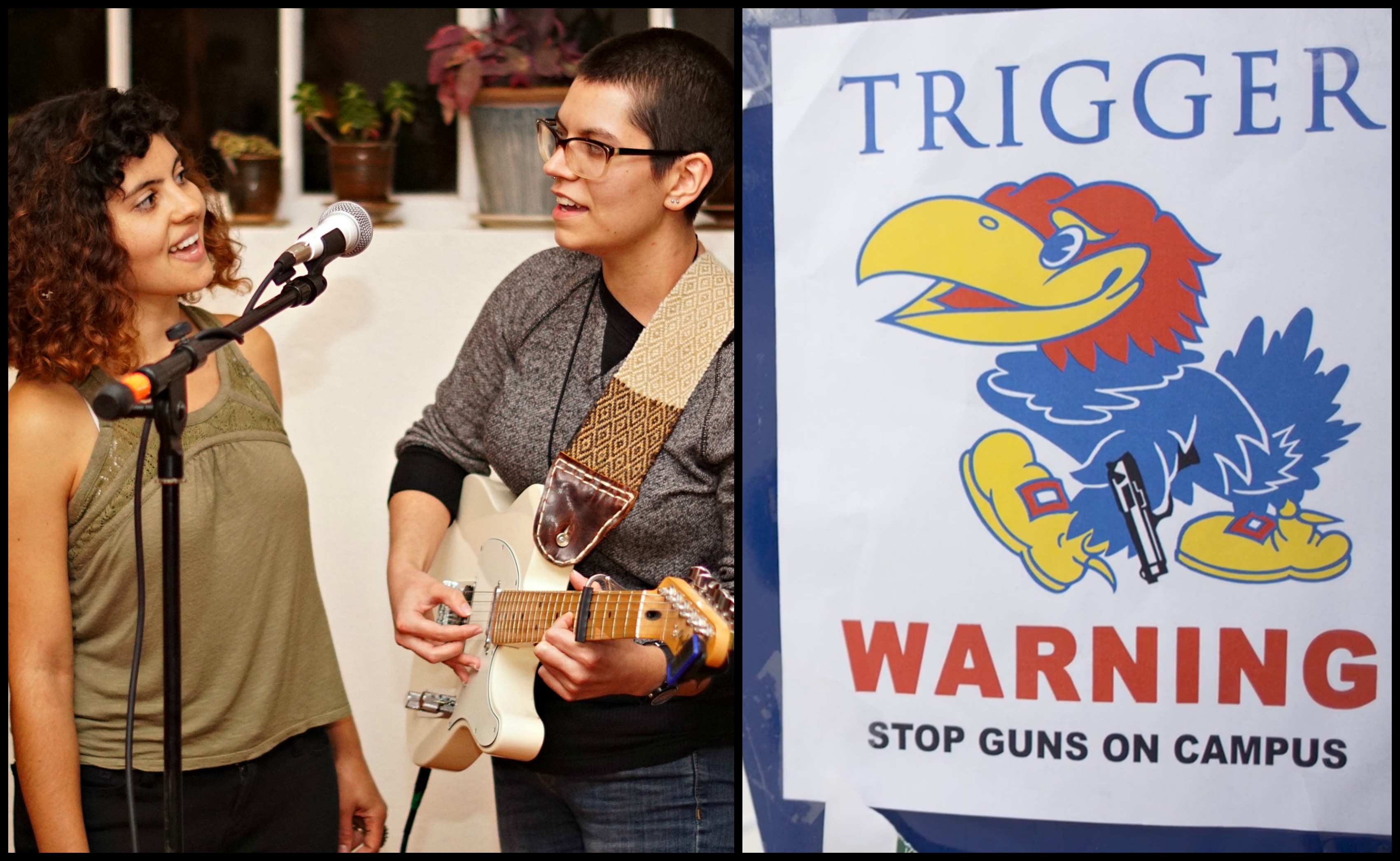 Facebook0Tweet0LinkedIn0Pin0
If something doesn’t sit right with local folk harmonizers The Ovaries-eez, they tend to speak their mind. The band is known for tackling, in song form, on environmental and feminist issues. But today, they’re tackling an issue close to their hearts in Lawrence.

As of this Summer, concealed carrying of guns will be allowed on all public college campuses without requiring a permit of license. This is the decision of the Kansas Legislature, and many have spoken out against the rule saying it creates an unsafe atmosphere. In response, the Ovaries-eez have modified a cover of Johnny Cash’s “Don’t Take Your Guns To Town.” Along with local director Nicholas Ward, they shot a music video using footage from a demonstration on the campus (you can see that below).

The Ovaries-eez released a statement regarding their stance on the issue, saying “The connection between music and political expression is long standing. Music can be used as a tool for raising awareness and advocacy.” They also added, “By performing this song, we hope to boost morale and lift the spirits of those fighting for a better world.”

You can watch the video below, and for more on the effort to fight campus carry policies, follow facebook.com/failcampuscarry on Facebook.

Don't Take Your Guns to Town Sam from Queen Alidore on Vimeo.