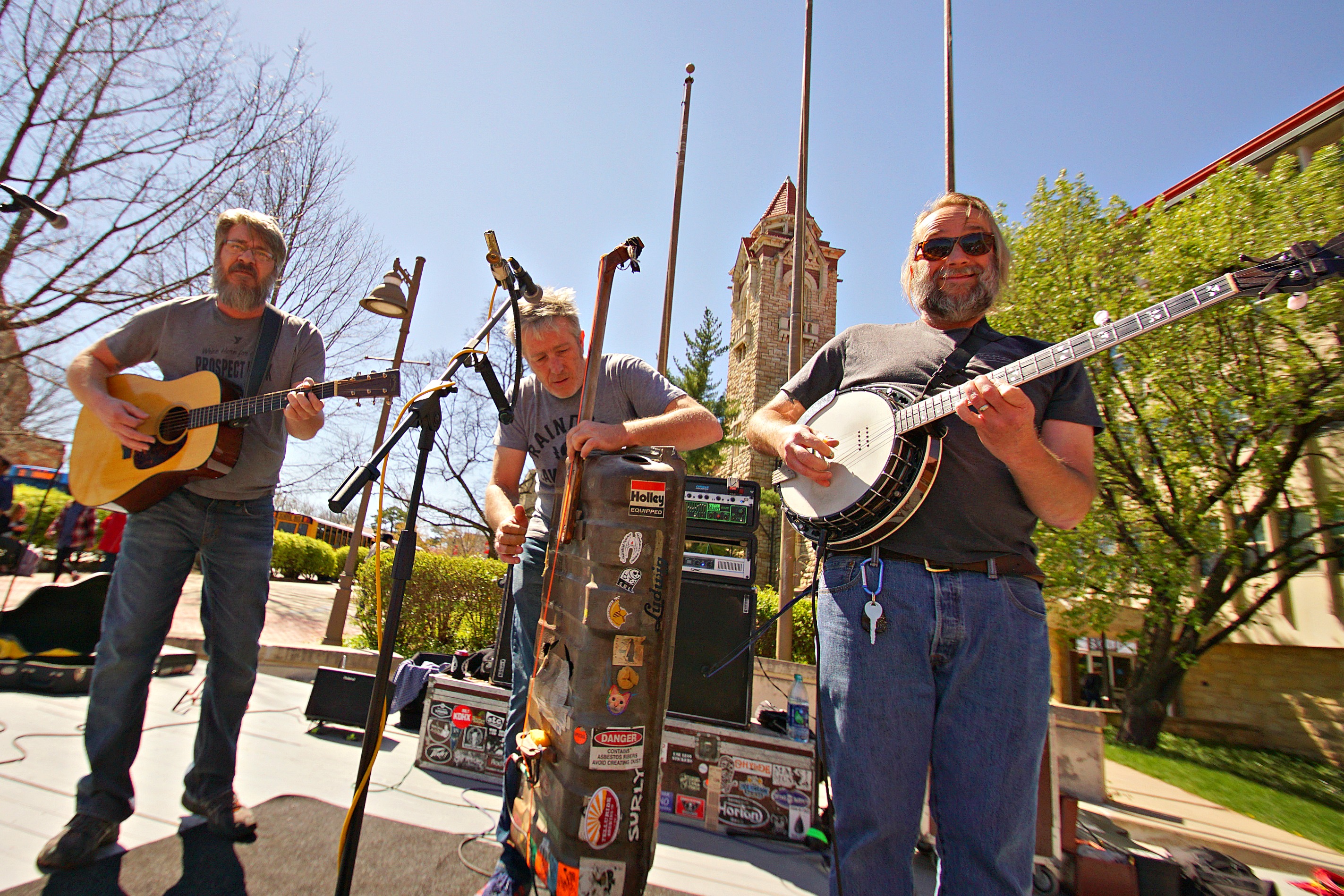 For some reason, whenever bluegrass beckons, the weather abides.

The sun was shining hard on the KU Campus when Split Lip Rayfield played a free show in front of Memorial Union. There was reason to celebrate– the beloved bluegrass band played music from their new album, On My Way. This is a big deal for fans of the band because it had been nearly a decade since they released new music. So while the bubble machine whirred and attendees happily chomped on free hot dogs and cookies, the band treated everyone to loads of new music under perfect skies. After a week of nonstop rain and dreary moisture, this setting was more than welcome to many Lawrencians (despite this being on the campus, it was attended by several scenesters from around town).

The band never disappoints, and while many of the songs on the new album are more romantic and easy-going, and less like the barn-burners we’re used to seeing from Split Lip, they’re still delivered at an exhilarating pace. Between the lightning fast fingers of Eric Mardis, Wayne Gottstine, and Jeff Eaton— the three could power a small jet engine. If you love their faster numbers, we recommend listening to “Used To Know Your Wife” in the embedded album below.

You can watch a clip of “That’s My Girl,” off of On My Way, below, as well as check out their new album: