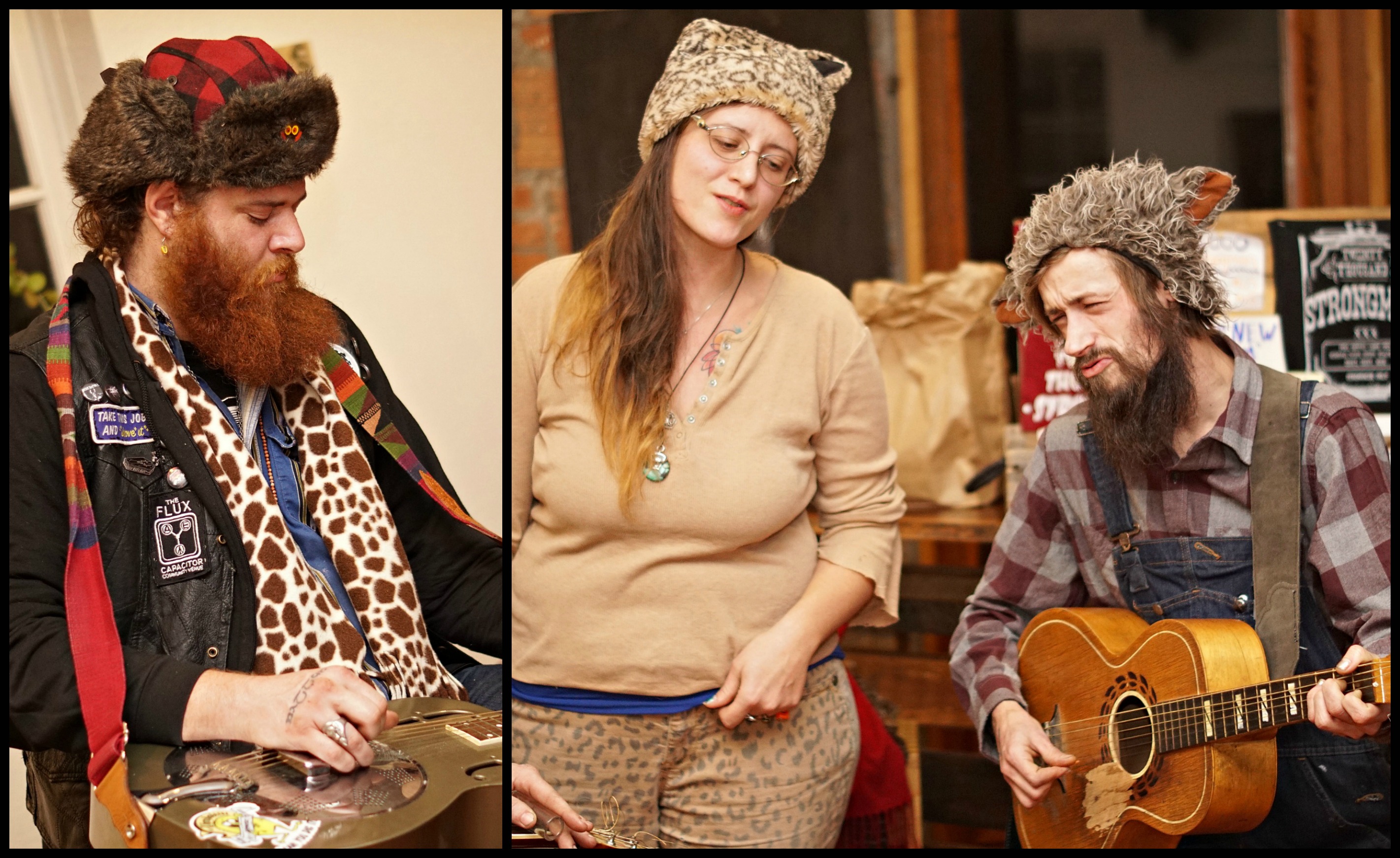 Facebook0Tweet0LinkedIn0Pin0
When Kansas hands you single-digit temperatures, you grow your beard out and head to a bluegrass show.

A quick one popped up at the very cozy Decade over the weekend to celebrate the music of 20,000 Strong Men. The act is fronted by Kansas City’s Mikee Pruitt, an old soul with a booming voice and alluring charm. The evening began with a viewing of “Little Brother’s Last Voyage,” a documentary surrounding Pruitt’s adventures on the road with his short bus, dubbed “Little Brother.”

Pruitt, a big-time adventurer, brought his tales from the road along with Lawrence’s own Monzie Leo (of The Big Sky, another notable bluegrass and folk act in town). At the end of the event, they joined together for a series of boot-stompin’ songs, performed to an eager, full, and warm crowd at Decade.