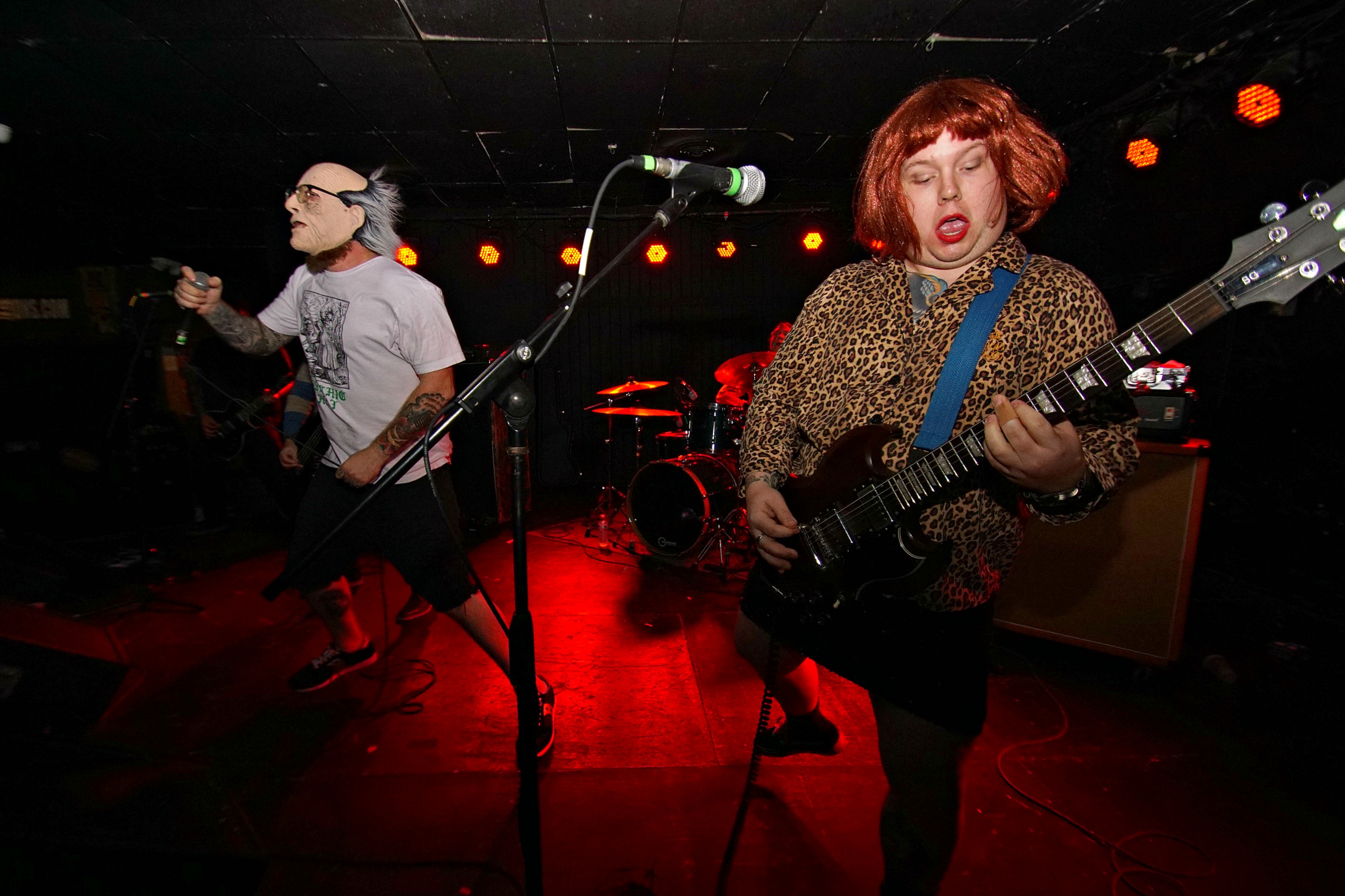 We do love a good costume party, and Lawrence was full of them over the weekend. Shows on shows on shows spread across Downtown and North Lawrence were completely covered in the Halloween spirit.

We headed out on the actual holiday, a Monday that was hardly mundane. Studio B hosted a full night of shenanigans with the younger scenesters, thanks to a Whatever Forever inspired lineup of various psych and punk rockers (such as Psychic Heat and CS Luxem). The Bottleneck was by far the loudest of all the venues on Halloween, sporting WIDES, Young Bull, and The Sluts onstage. The Replay kept it in the family with Gnarly Davidson. They were joined on the lineup by Raymond and Stone Grower, a band that had to be the most pleasant surprise of the night.

Stone Grower has been active in the scene since the Spring, and word is they’re heading into the studio soon. They’ve got that suuuuuuper gloomy, doomy, and heavy psych rock that sludge-heads love around these parts. This is a show where you can let your hair down, so you can (ever so slowly) head bang all night.