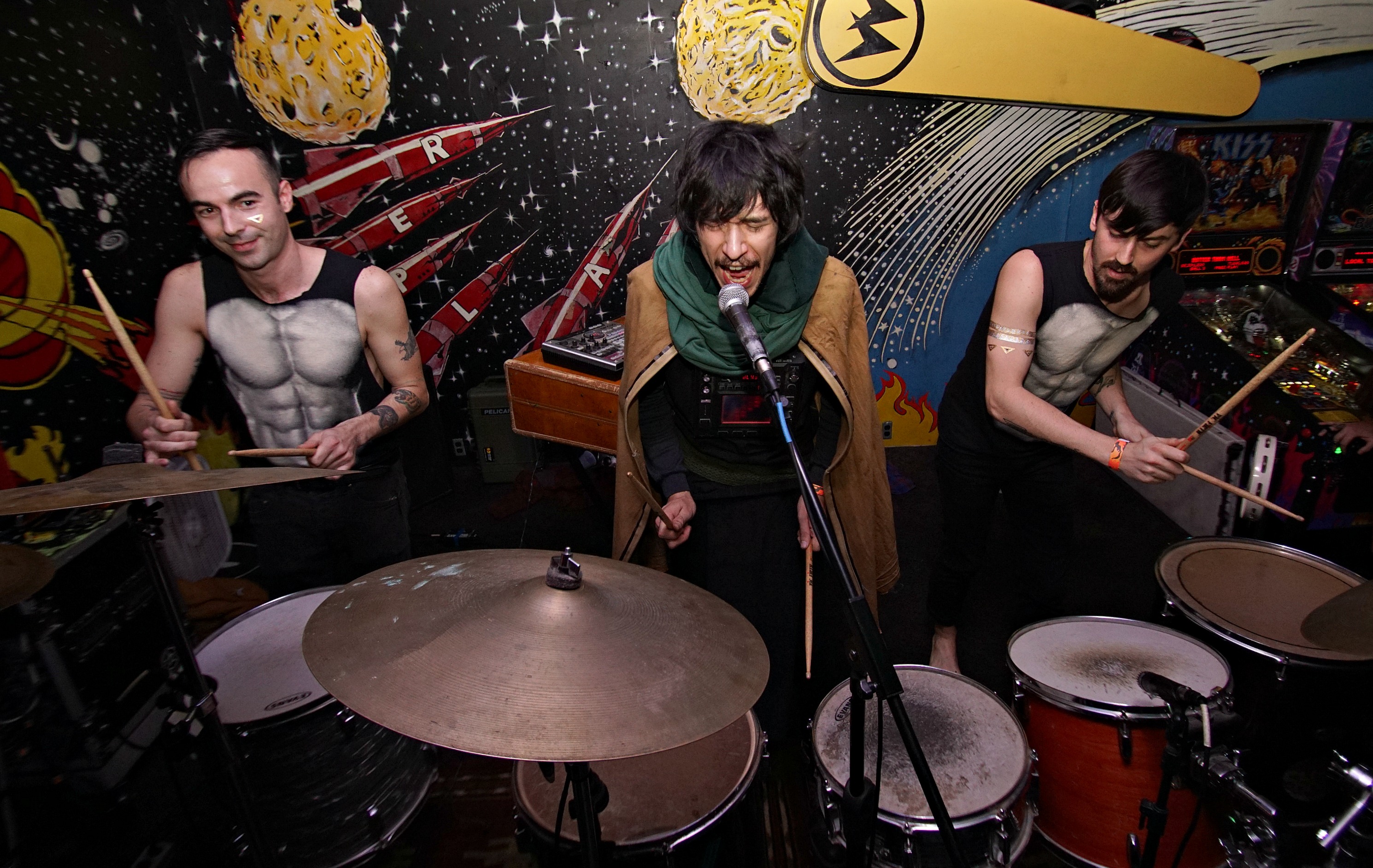 Somewhere between the “Stranger Things” soundtrack and doing peyote in the desert, you’ll find the music of Cloud Dog.

Around three years ago, Cloud Dog called it a day. On Friday night, in front of a packed house full of costumed revelers at the Replay, they reemerged into the scene. The band, known for hypnotic electronic loops over drums on drums on drums, was (and still is) a favorite among the locals. Previously, they were known for always ditching their shirts when playing live. Now, when the audience begged them to take their tops off, they obliged… and revealed other shirts printed with the image of muscular pecks (well played, Cloud Dog).

Under endless Halloween decorations, the band rolled hard for about 90 minutes. They were fueled by dancers who hardly left the floor, gleefully obliging every beautiful trance the band dished out. While the audience isn’t as lively as they used to be (we once described them as sizzling pieces of bacon when the band played), the music has more concentration and groove in it.

Here’s how they started off the set, though it’s hardly a representation of the crescendoing vibe they developed over the course of nearly two hours.