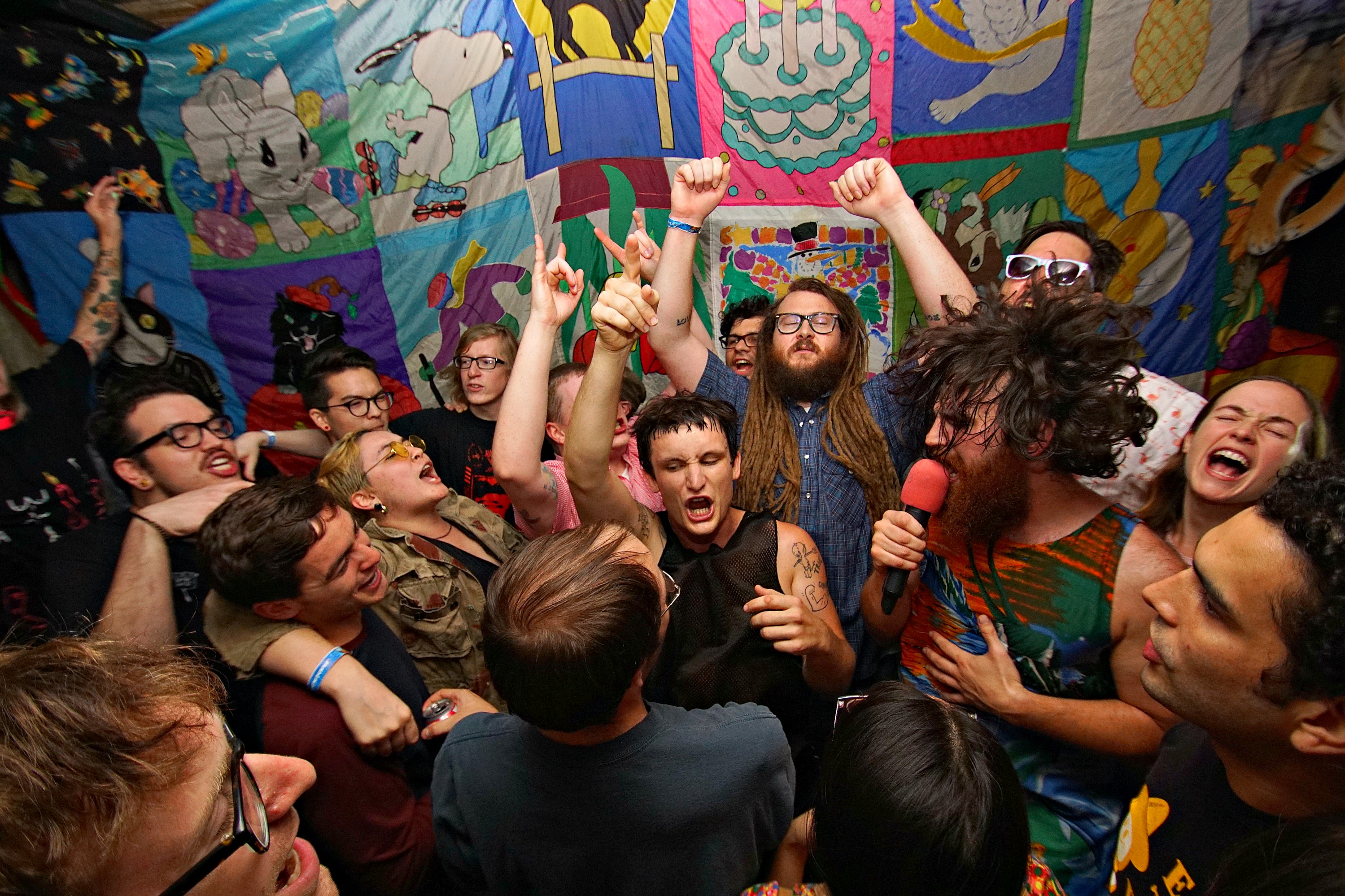 If there’s one thing Lawrence does well, it’s utilizing non-traditional venues for non-traditional shows. On Friday night, art collided with music when a colorful performance erupted inside the Cider Gallery in the East Lawrence Warehouse Arts District. The event utilized the gallery’s spacious interior by setting up two structures within— one was a colorful, sheet-laden performance area dotted with stuffed animals like a giant tiger or a life-size ninja turtle (think of a blanket fort for adults), the other was a clean, white womb where revelers were treated to projections inside and were rebirthed upon exiting.

After an opening from local DJ Porter Burdette, Real Dom’s Dominic Rabalais began his set by saying “Music is a really physical thing, but music is also an emotional thing.”

This was almost foreshadowing the night, as each act brought an entirely physical presence to their art. Real Dom’s set was saturated with dramatic beats that throbbed while Rabalais violently and forcefully flailed with every syllable of his lyrics (while the other half of The Trash Twins manned the electronic gear).

Terror Pigeon, who we previously profiled at a spectacularly vibrant Replay show earlier this year, was just as lively once again in what he dubbed “The Champagne Room” (the blanket fort). The performer upped the physicality of his show and used it as an incredible asset to the mood of the event. Both performer and audience came together in fluid, yet distinctly different, movements. They conga lined, they huddled under a white sheet, they limboed under a snake. Nothing was off the table, and the performance ended in a group hug full of vitality and noise.

Ebony Tusks rounded out the night using their art to physically connect with their audience via a dramatic light show that complimented the tone of their lyrics. Wordsmith Marty Hillard ditched the mic in favor of a dramatic spat of poetry, but it was quickly retrieved for some lighthearted fun and movement. If you hadn’t been practicing your squats, you didn’t do very well during this portion of the set’s group participation.

The entire event was as much a treat for the eyes (and the body) as it was for the ears. The full photo gallery can be found below:

Wild Eye has one of the prettiest voices in the scene