Week of live music kicks off at the Douglas County Fair

Week of live music kicks off at the Douglas County Fair 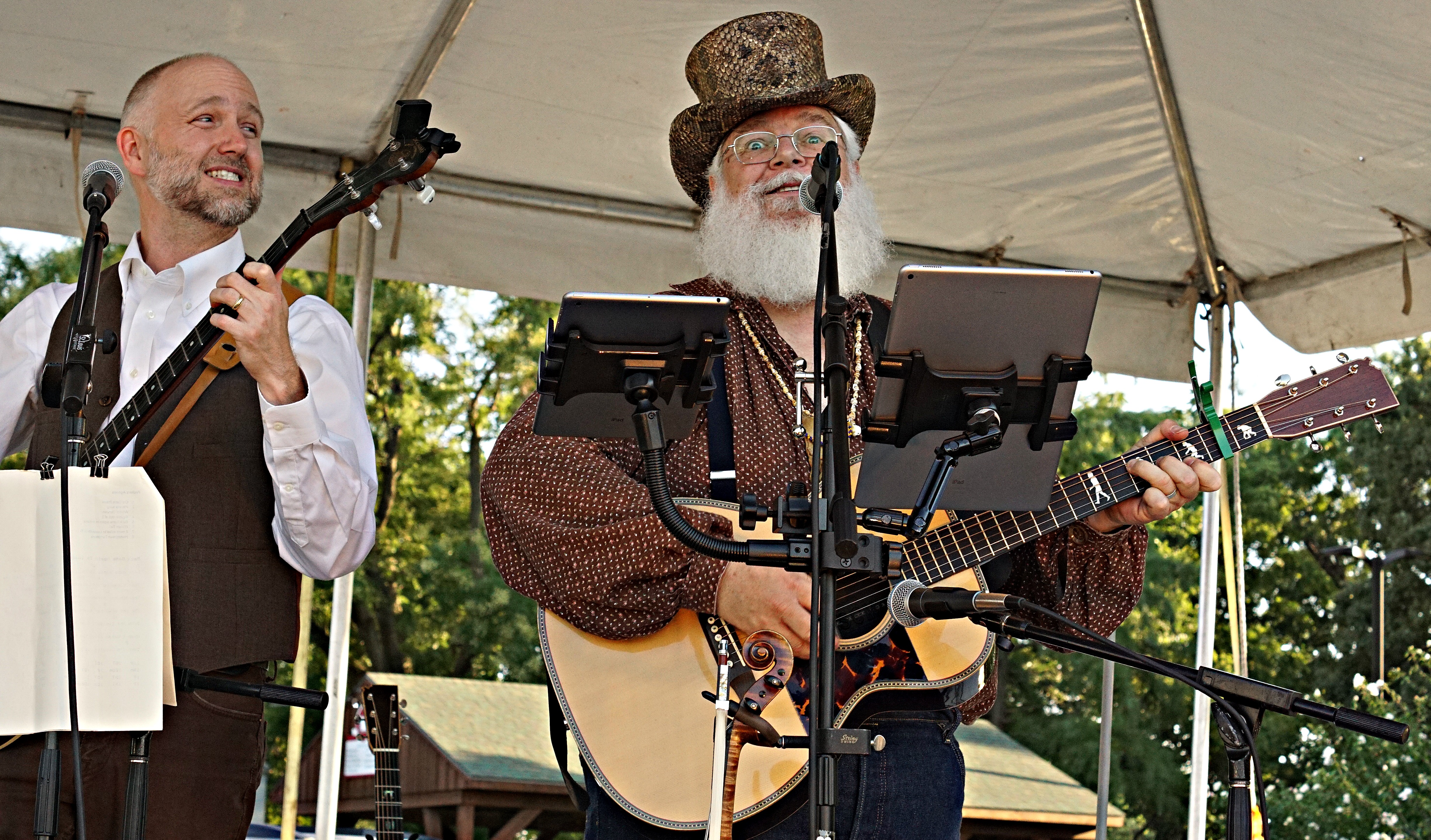 Sometimes, songs about cannibalism are best served with with a side of fried pickles and corn dogs.

Lawrence’s favorite cannibal tribute band got super gothy at the Douglas County Fair Tuesday night with songs about death. The longtime folksters were the first in a series of local bands playing the fair (you can see the schedule at the end of this article).

The Alferd Packer Memorial String Band wasted no time explaining their namesake, the famous cannibal who comes with a wicked history detailed through their music. If you can stomach the macabre and gruesome lyrics, the puns and sass were well worth the listen. Because not only are these costumed-clad musicians crafty, but they’re also hilarious and witty (and full of nerdy knowledge and goodness).

When they were done singing about cannibals and funerals, they delved into songs about science and math (a specialty of theirs). Every time their hammer dulcimer starts spitting out the periodic elements as fast as we can, we think surely this will be the time he runs out of breath. But alas, he succeeds every time.

This band is a national treasure, and should be treated as such. Although the band is more than 30 years old, their famous “Glad Bag Song” is more than 40 years old (and was commemorated in a grand celebration last year).

Here’s the song about Alferd Packer:

And a song we’ve heard dozens of time, the Glad Bag Song. If we’re lucky, we’ll hear it dozens more before the band calls it a day.

Be sure to check out local bands during the rest of the fair this week.